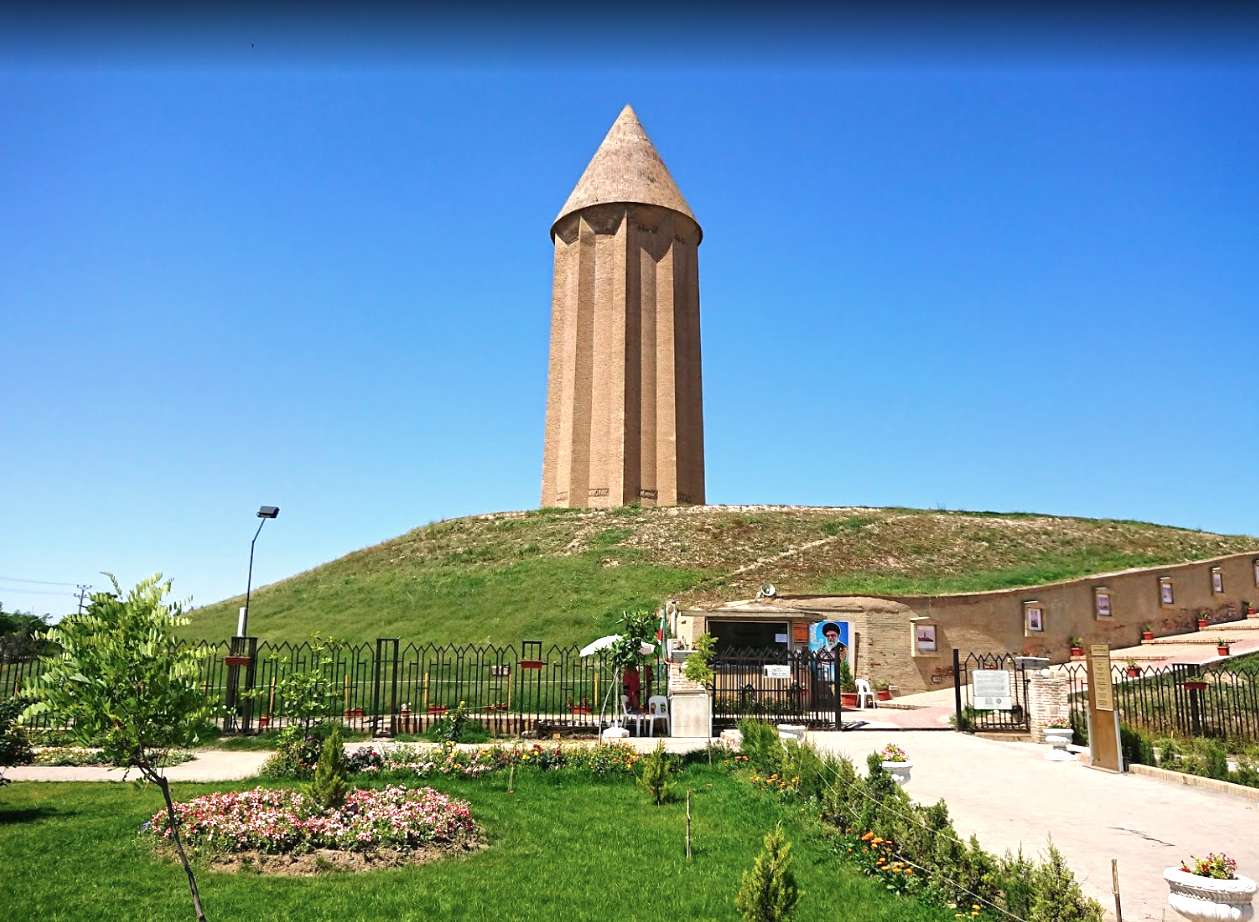 Visiting the 72-meter brick tower built in 1006 AD near Gorgan.

Photos of the Gonbad-e Qabus Tower 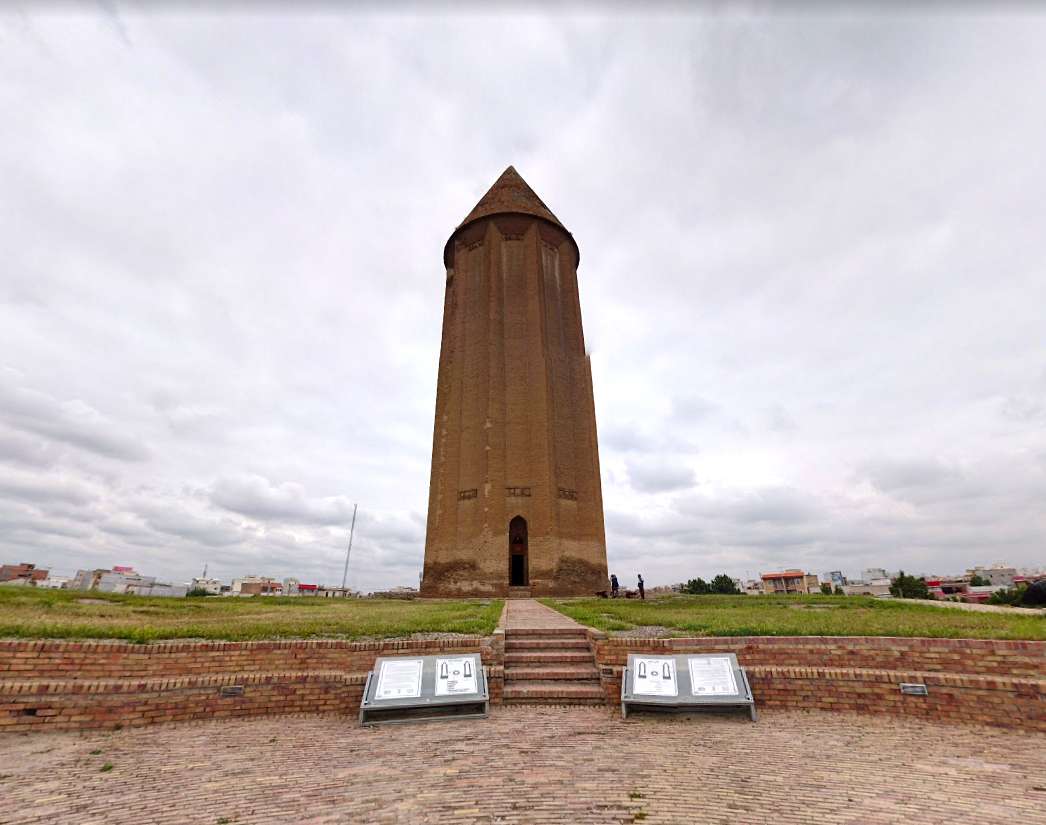 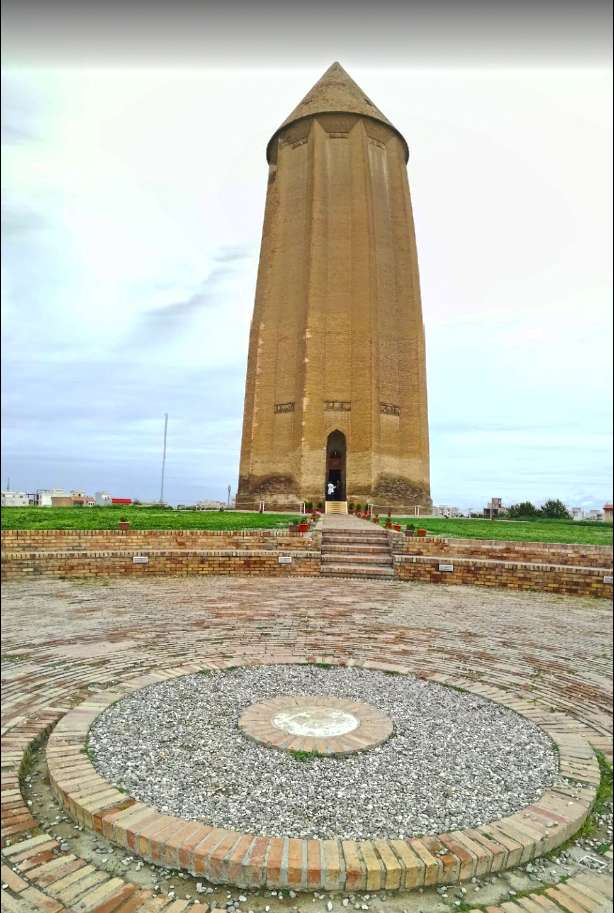 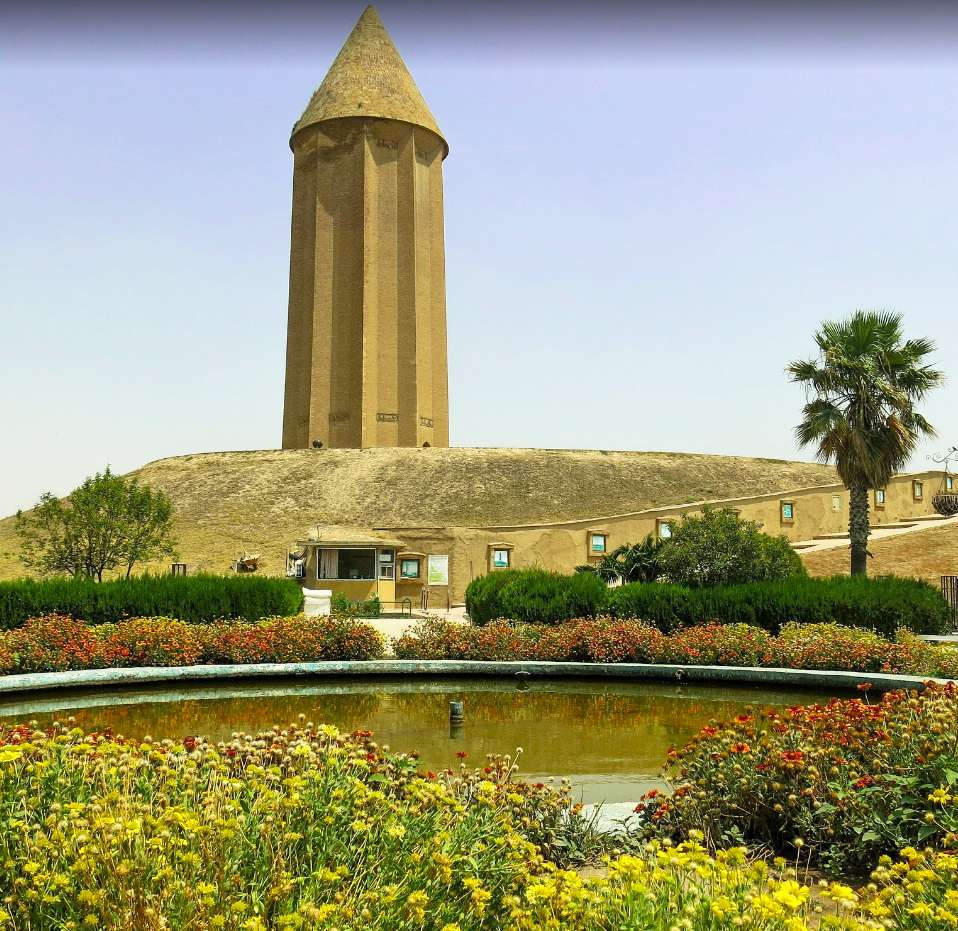 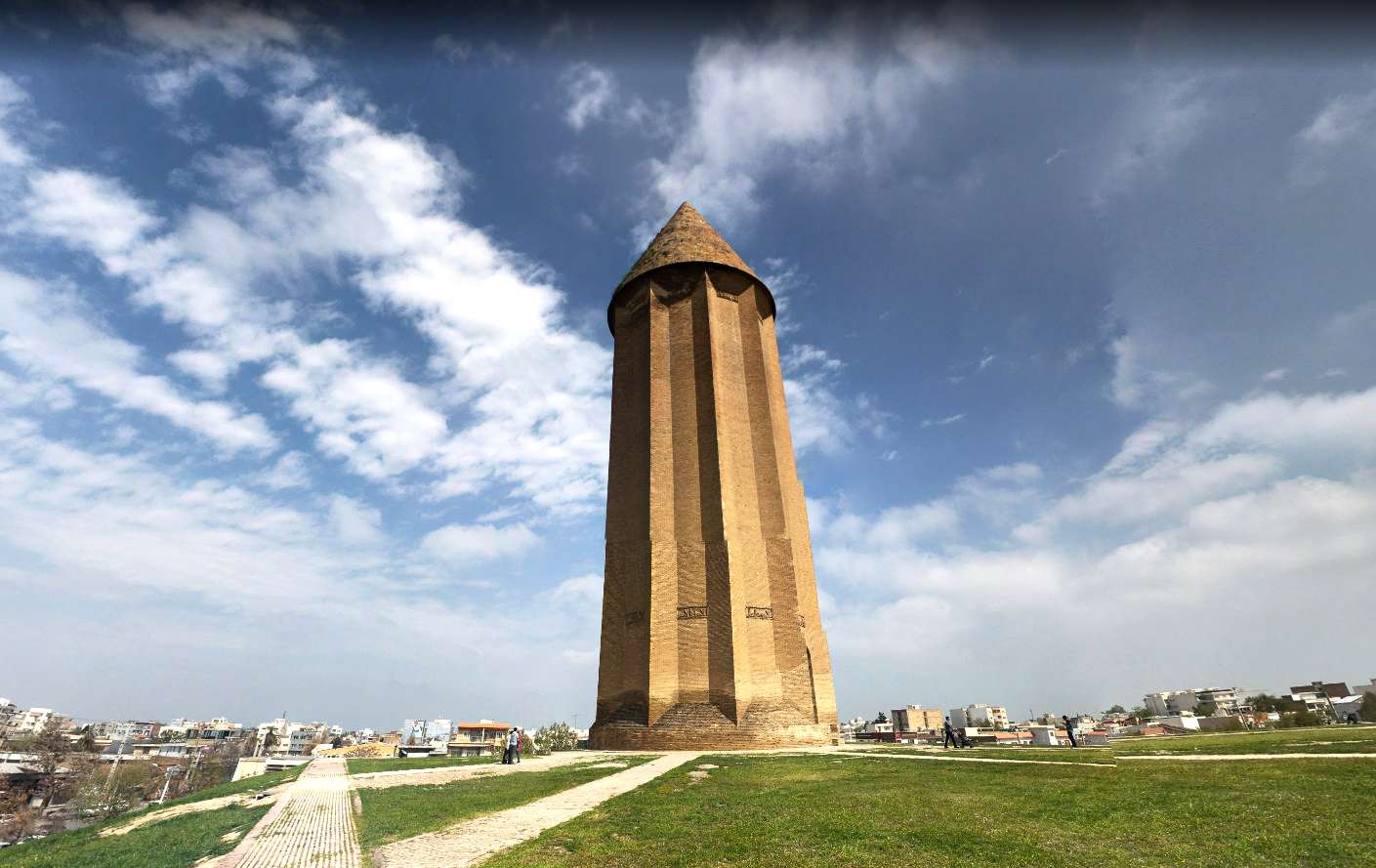 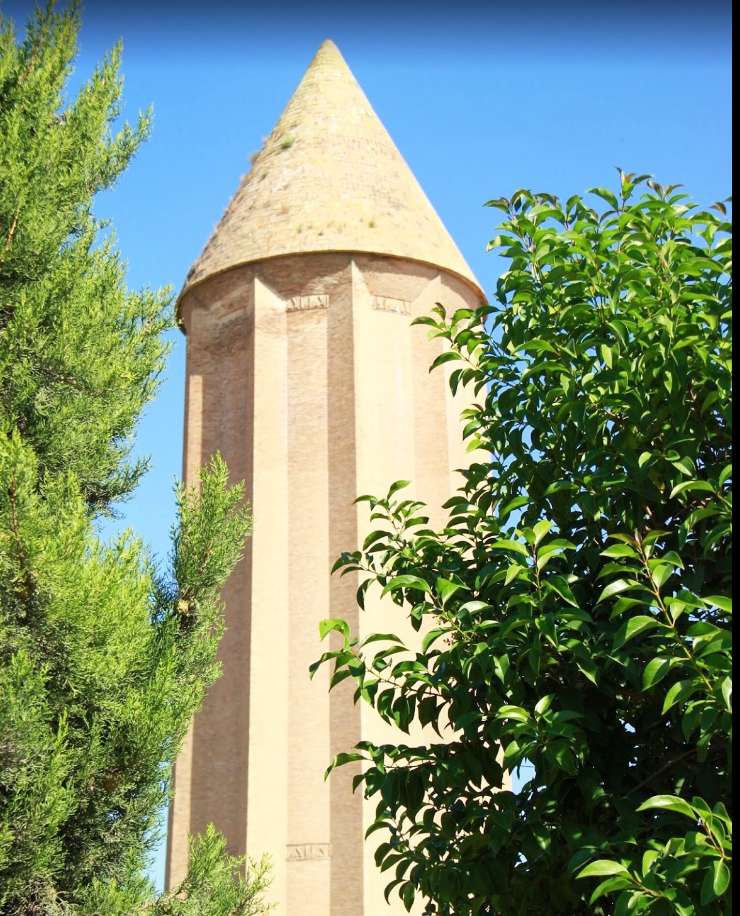 The city of Gonbad-e Qabus (Gonbad-e Qābūs), built in the vicinity of the Old Jorjan (the ancient city of Hyrcania), is the center of Turkman tribes in the north-east of Iran. Historically speaking, Gonbad-e Qabus was erected on the remains of Jorjan, the capital of Ziyarid dynasty which was destroyed in the 13th century by the Mongols. The new city was planned by the German urban planners during the first Pahlavi era in 1937. It was named after Gonbad-e Qabus, the brick tower commissioned by Qabus Ibn Voshmgir, the Ziyarid ruler (ruled 978-1012).

The most splendid monument of the city is the tower of Gonbad-e Qabus, recognized as the tallest brick tower in the world. It was built in 1007, at the order of Shams al-Moʻali Qabus Ibn Voshmgir, the famous ruler of Ziyarids. He was a tough warrior and, at the same time, a patron of literature and science. His court was a place of refuge for the famous scholars of the time. For example, it was in this court that Abu Rayḥan Beroni, the well-known Iranian scholar, finished his encyclopedic book, Al-Asar al-Baqieh, and Avicenna, the world-famous Iranian physician and philosopher, took shelter from the jeopardies threatening him. However, the fate of Qabus Ibn Voshmgir was determined to be killed by a conspiracy of his commanders.

Most probably, the tower of Gonbad-e Qabus was erected to be the tomb tower of Qabus Ibn Voshmgir, representing the art and splendor of the city during the rule of Ziyarid dynasty. Yet, no remains of the king's corpse were found inside the tower, leaving archeologists with a riddle to solve. And  finally, the tower itself provided the clue for solving the riddle. As can be observed inside the tower, there are some chains hanging from its ceiling, and based on this observation, scholars suppose that the body of Voshmgir was put in a coffin, and was hung from the ceiling, bathed in the early morning light pouring through a window on the eastern side of the tower. The tower is also supposed to have functioned as a guide for the travelers to Jorjan, since it is known as “Mil-e Gonbad” (in ancient Persia, the high towers built in the city to guide the travelers were called mil).

Standing on the top of a hill, about 15 meters above the ground, this 52-meter cylindrical tower, with an interior diameter of 9.67 meters, is made of lime mortar (sarooj) and baked brick. The plan of the tower is that of a buttressed circle, with 10 buttresses. There is an entrance door (1.5 * 5.55 meters) on the southeast of the building, topped with a pointed arch boasting moqarnas decorations which can be considered as the first examples of the kind in Iranian-Islamic architecture. The double-shelled cylindrical dome of the building is 18 meters high and bears a 1.90-cm high window on its eastern side. Some believe that the window functioned as an aperture through which the construction material were passed in, but others assert that the window was used (as it is located on the east) to shower the coffin of Voshmgir with rays of early morning sun.

Although attacked by invaders, drenched by rain and scorched by harsh rays of sun throughout its long years of existence, the tower has survived up to the present times due to the top quality of the materials and the building method used in constructing it. Once it was reputed that there was a treasure in the tower, therefore, many excavations were done here to discover the treasure. These illegal excavations have caused destructions inside and outside of the tower. The 1000-year-old tower of Gonbad Qabus underwent restoration three times, the last of which dating back to 1970.

Things To Do In Gonbad-e Kavus