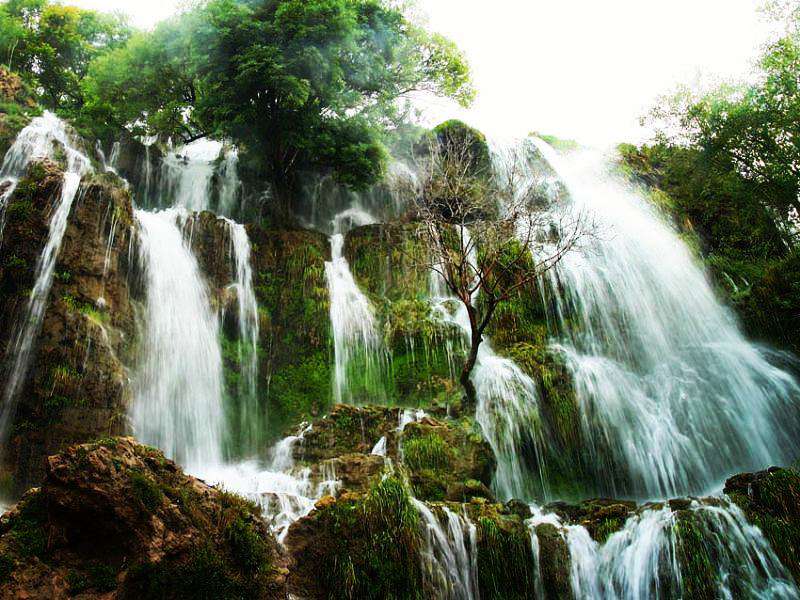 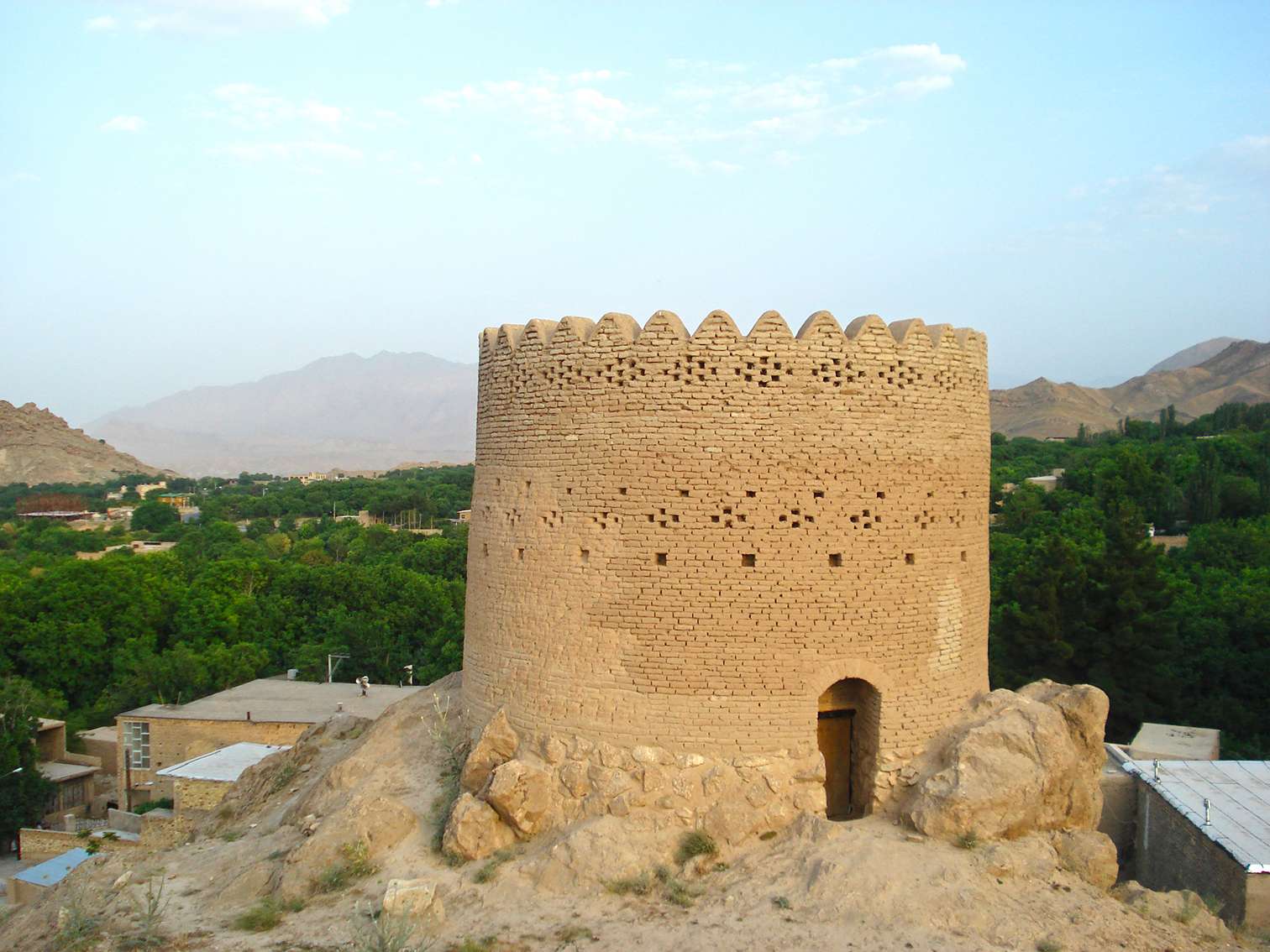 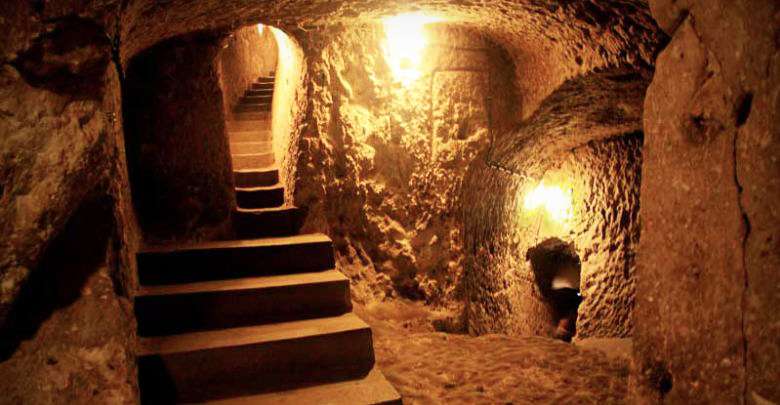 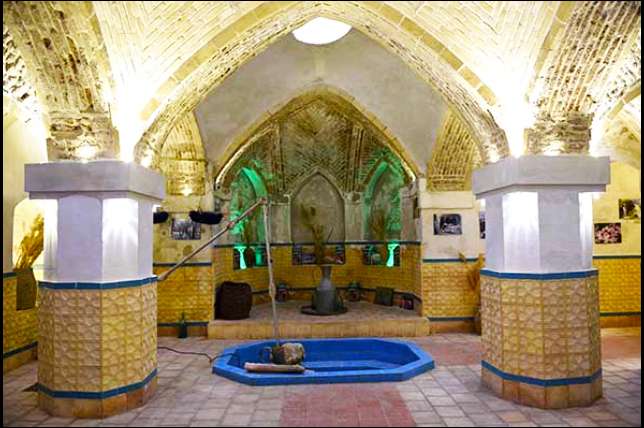 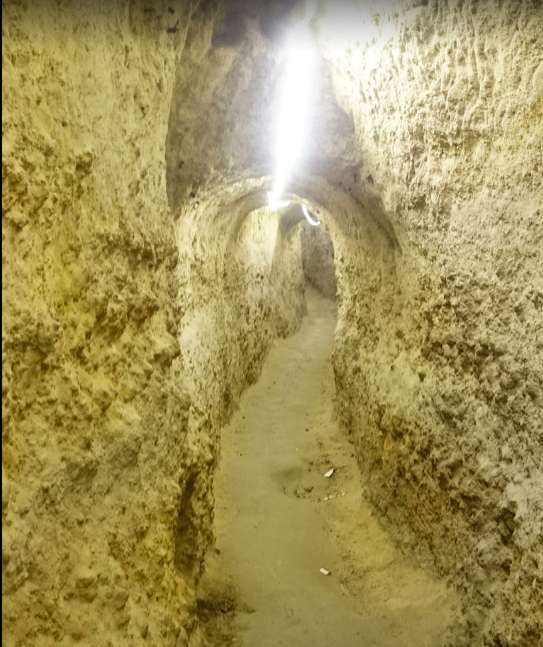 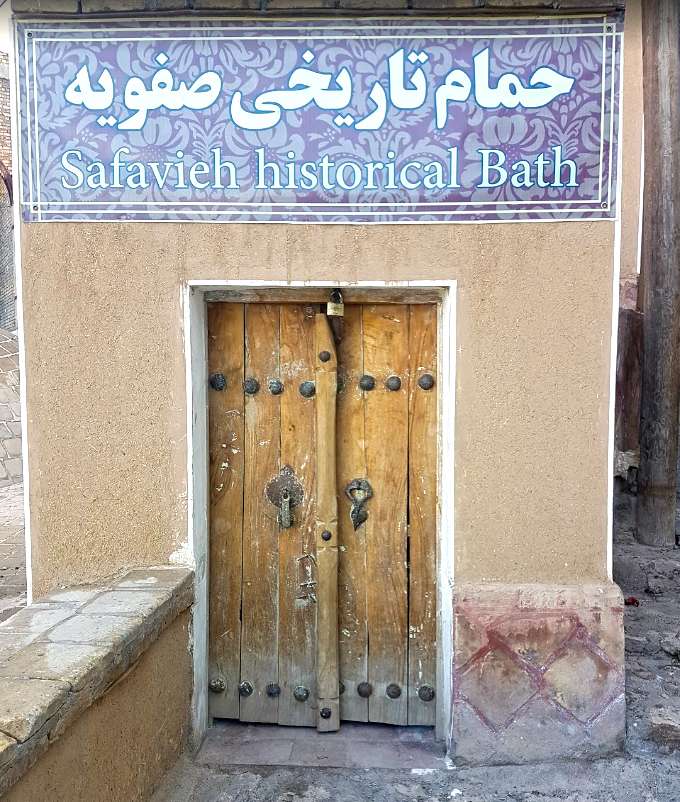 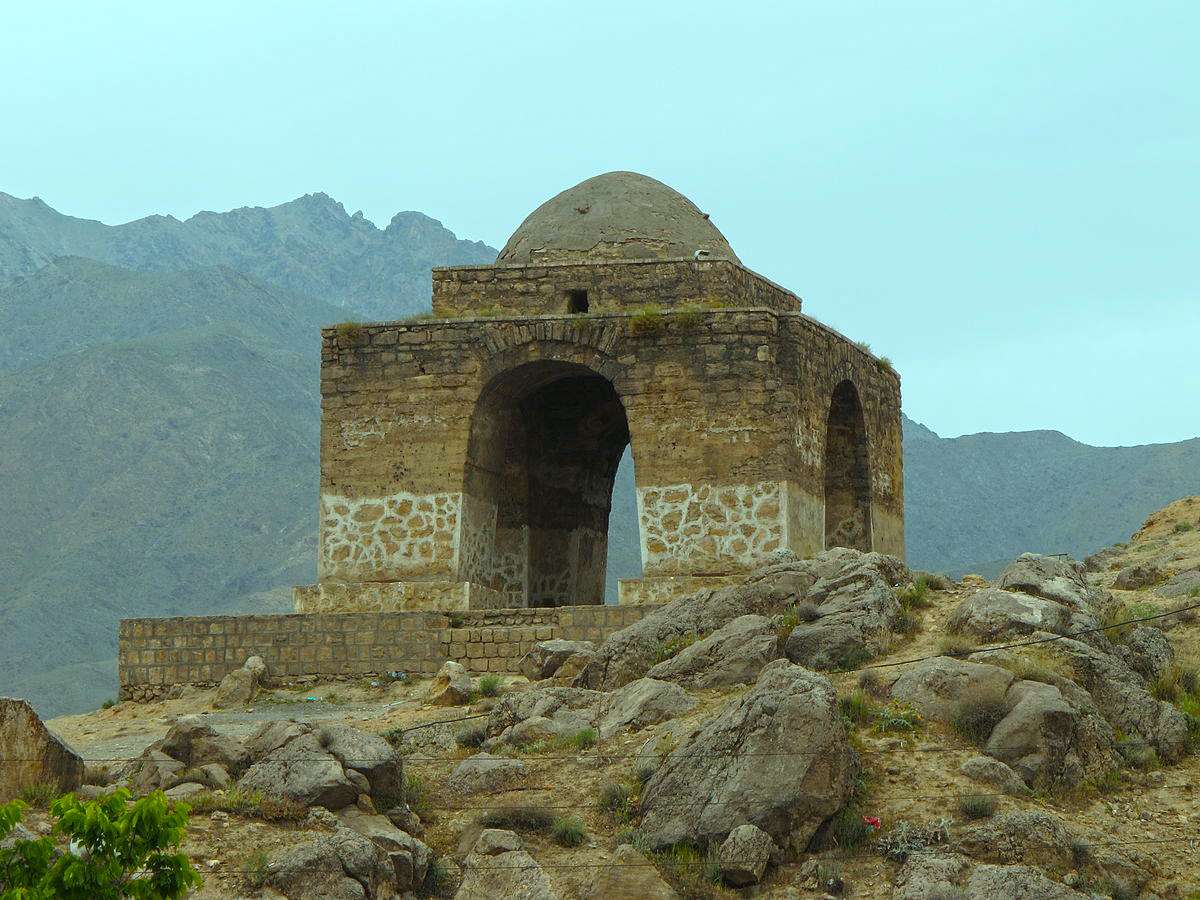 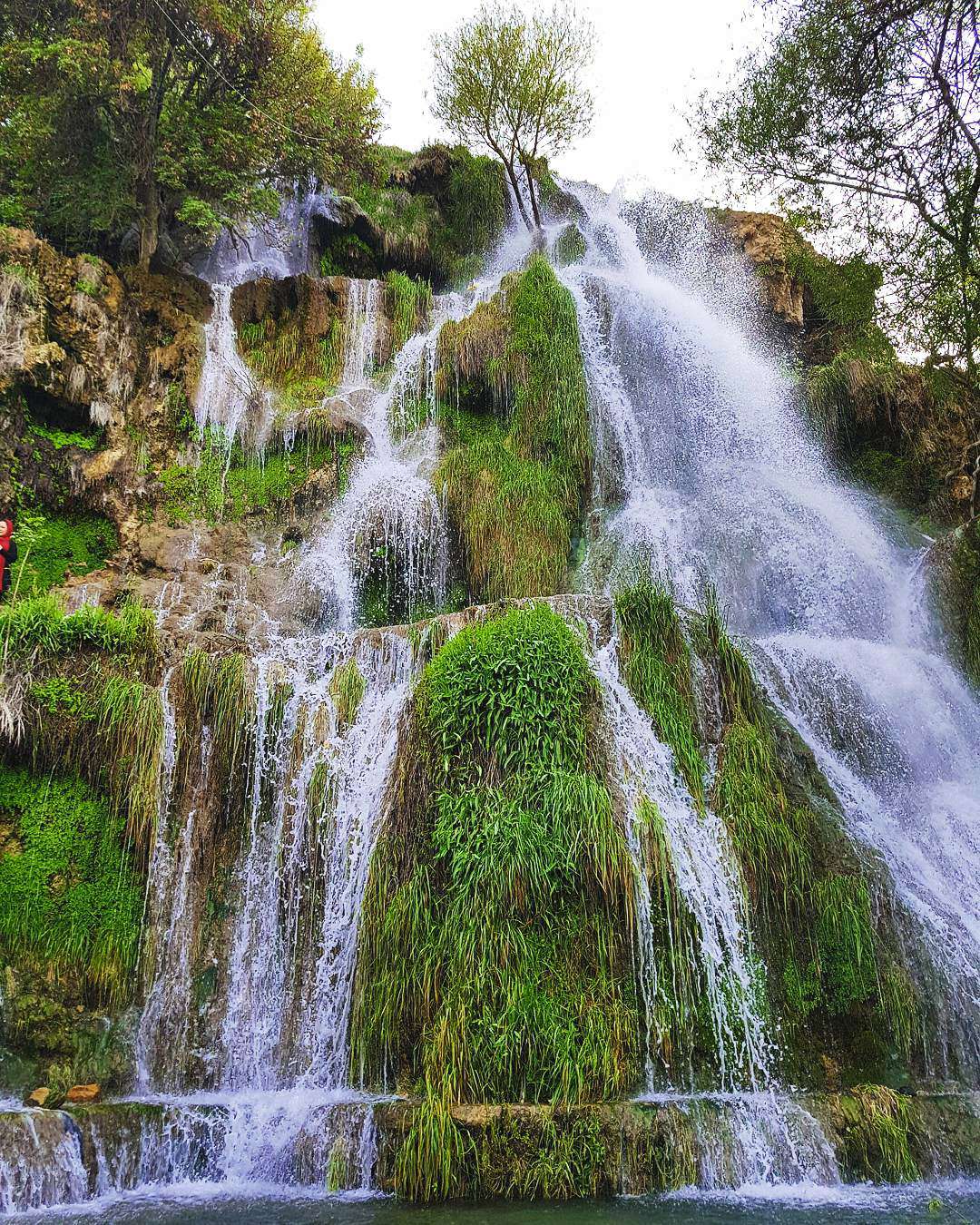 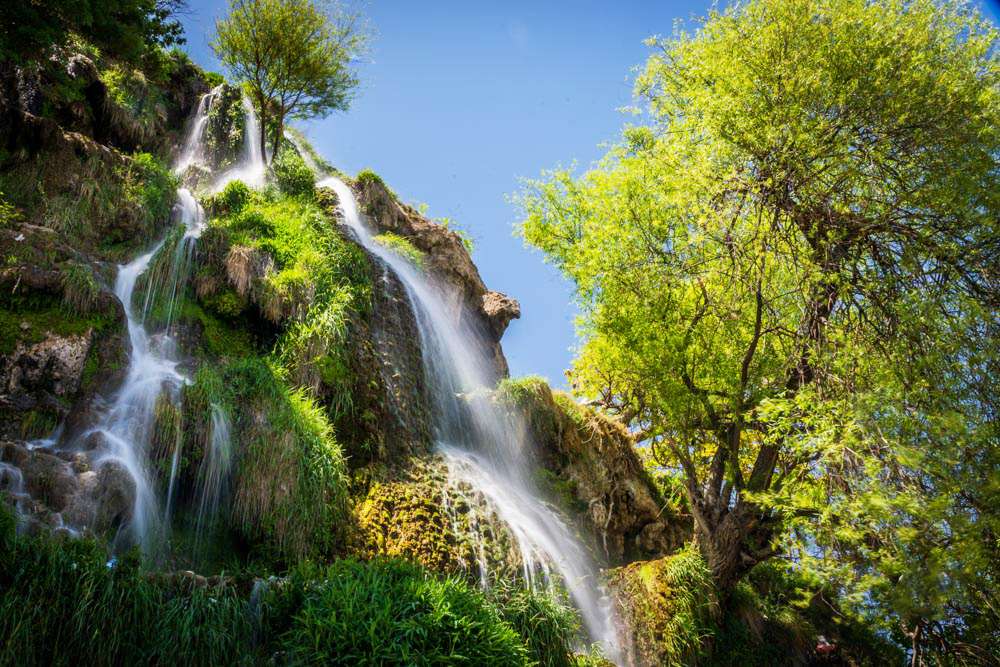 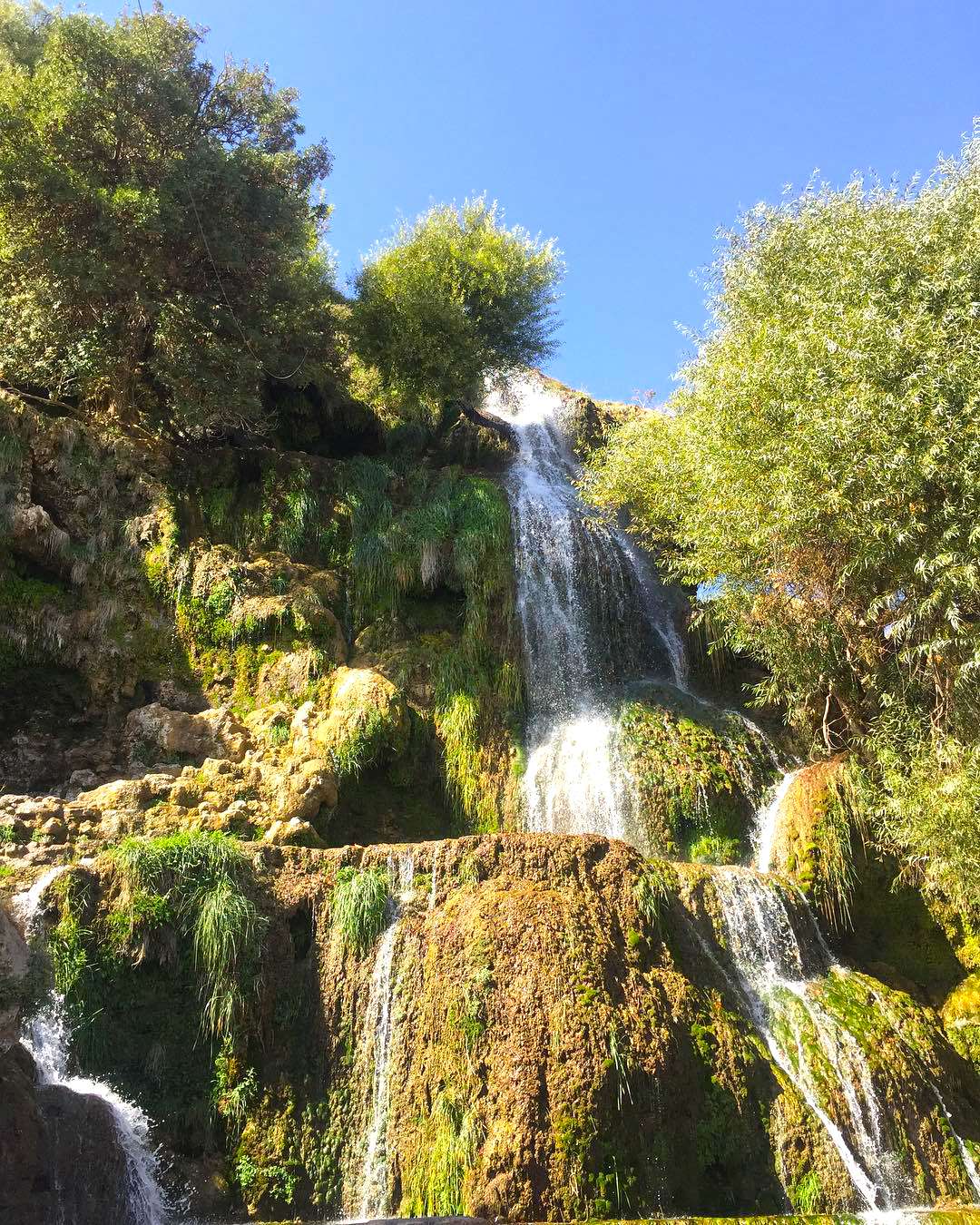 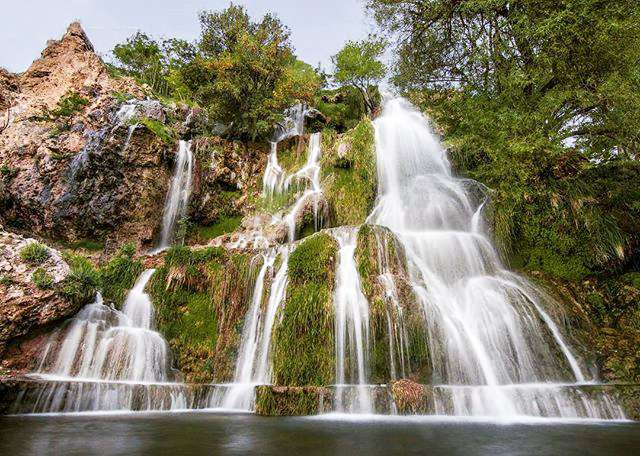 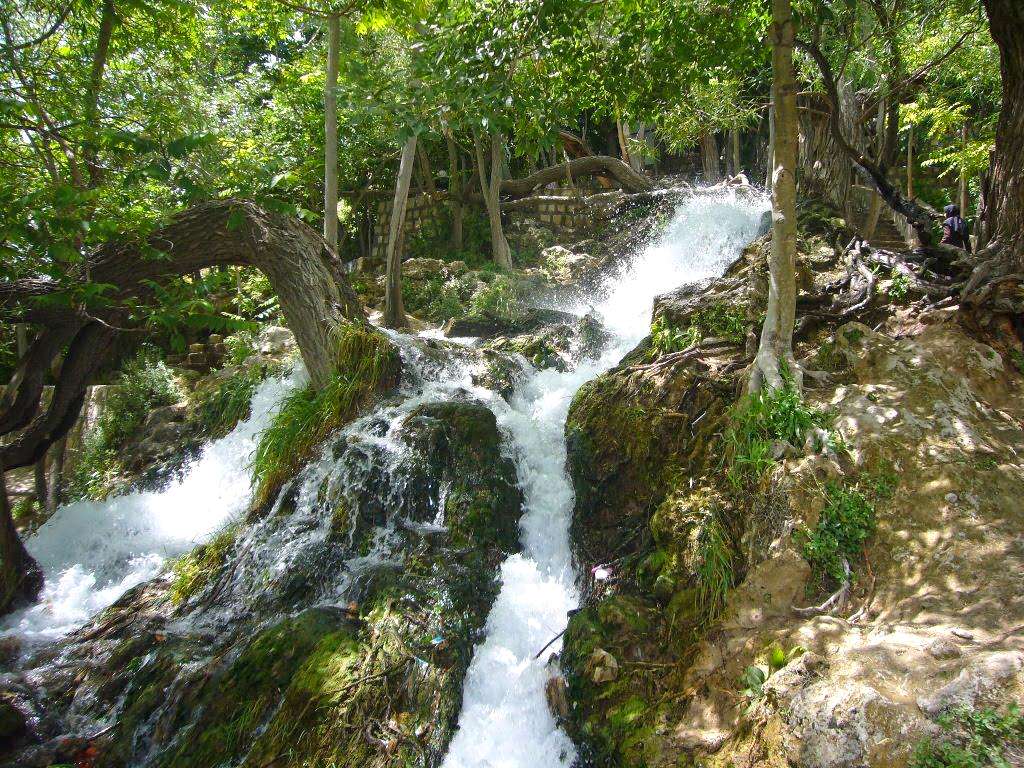 Niāsar is widely famed as a main center for producing rosewater and other herbal extracts. Its lovely gardens are clad in almond blossoms in January, and covered with roses in May when the annual Rose and Rosewater Festival begins. But this is not the only thing Niasar has to offer. The city is such an amazing mixture of natural, cultural, and historical attractions. The long and ancient history of Niasar, is tied with many myths and legends. One story attributes the foundation of the city to Ardeshir Babakan, the founder of Sasanid dynasty. The name of the city is also tied with adventures of Ardeshir Babakan. As the story goes, Ardeshir Babakan had to quench several rebellions during his first days of ruling Iran. To deal with one of these rebellions, he had to come to Isfahan. When he defeated the rebels, he captured their leaders and beheaded all of them. Then, he took the heads and moved to the Iskandarieh spring. There, he organized a feast and as part of the victory speech, he gave these words to his soldiers: “we celebrated on the head of notable people.” Now, based on this story, “notable people” sounded as “nikan sar” in the Pahlavi language. Then, with the passage of time, “nikan sar” turned into "niasar." However, the word has other etymologies as well. One etymology gives the meaning of Niasar as “the head of reeds” and another as shadow and coldness.

Niasar’s numerous gardens and plantations are distributed along the course of streams originating from the ancient spring of the city, Talar spring or Iskandarieh spring. The name “Iskandarieh” comes from a local legend which credits Alexander with the discovery of the spring. As one of the oldest and the most prominent spring in Kashan, Iskandarieh spring flows to the waterfall,   something about 250 cubic feet of water per hour, and then to the nearby plains. Niasar waterfall is the highlight of the city of Niasar since, along with roaring waters coming off the cliff, the formation of beautiful stalactites and stalagmites along the course of the waterfall has created arresting sceneries. The height of the waterfall is 25 m and there used to be 13 mills on its way. Two of these mills can be seen at the base of the waterfall and of these two mills, one is still working today.

Another outstanding site in Niasar is Talar garden with its eminent soaring cedar trees. Among these bracing cedars, there is a pavilion called Talar pavilion. This Pavilion originally dates back to the Safavid era, but it was repaired several times during the Qajar era and after the Islamic revolution. The pavilion used to provide a calm resting place for the Safavid rulers whenever they traveled to Kashan. From the point of architecture, it was constructed based on an octagonal plan, the typical architectural plan of the Safavid era. Built symmetrically, the pavilion holds a Shahneshin (the room for the kings) on the right side and a Vazirneshin (apparently the room for ministers) on the left side. The other architectural feature of the house is the corridors in the basement. Their function is to augment the cooling of air in the edifice. Moreover, another striking feature of the pavilion is its veranda, offering a wonderful panoramic view of Niasar district.

Niasar cave, also called Reis cave or Surakh- e Reis (Surakh meaning hole), dates back to the Parthian era and is attributed to the temple of Mithra. Some sources recorded that this cave used to be a place for practicing religious rituals; other sources noted that it had a defensive function. Beside the waterfall, some holes can be seen in the cliffs which used to be the entrances of the enigmatic cave of Niasar. Today, the main entrance to the cave is located in the Talar garden. This man-made cave is so masterfully designed that there is a pleasant circulation of air all along the cave, even in its lowest parts. Unfortunately, the destruction of some parts of the cave in an earthquake has affected this feature. Being structured at three levels, the cave encompasses some 20 chambers in an area of 176.5 sq. m. The rooms in this area range from 1.8 sq. m to 28.6 sq. m. The central part of the cave holds seven rooms, connected through twisting pathways to the lower stories.

This cave is prominent for archeologists as some potteries dating back to the Parthian era, and some others belonging to the Sassanid period, have been found here. Some coins and some pieces of earthenware were also found near the entrance of the cave, dating back to the Islamic period. Inside the cave, you find some millstones quite similar to those at the base of the waterfall. These stones were probably used during religious rituals or at other times in order to block some passages of the cave.

Some meters higher than Iskandarieh spring, the Sassanid fire temple of Niasar, known as Chahar Taqi (the name refers to the four arches of the structure), is located on the top of a nearby hill.  It is recorded that this fire temple was built by the order of Ardashir Babakan, the founder of the Sassanid dynasty as one of the earliest examples of the Sassanid religious architecture. This is one of the most wholesome examples of Chahar Taqis which were been built all around the country.

It is made of stones and gypsum mortar and consists of a main square-shaped chamber with four wide arches (4.3 m) on each side, crowned by a dome (with a diameter of 5.5 m) over the center of the structure. The walls of the fire temple are 2.3 m thick which were adorned with stucco work. Today, the lower parts of the walls have been covered with plaster. According to some sources, this Chahar Taqi had an astronomic function and was used as a solar calendar.

Of other traces of history left over the brow of Niasar, one may point to the traditional bathhouse of this old town. The bathhouse of Niasar is a relic of the Safavid period. The water of this bathhouse used to be provided from the waterfall and the fuel for heating was wood.

Near the entrance of the city, in a neighborhood called Chalqab, a stone watchtower is raised above a hill dating back to the Qajarid era. It is made up of two floors; the lower floor seems to have been used as a storage room and the upper one has had a defensive function. The tower overlooks the environs of Niasar and also the other towers built within the city or on the way from Kashan to Niasar. Most probably, messages were exchanged between these watchtowers at the time of danger. Being renovated, Chalqab tower is now open to the visitors who are interested to know about the architectural design and function of watchtowers in Iran.

The waterfall and its surroundings are overcrowded in weekends and national holidays
The ways are mostly so tight that you need to stoop, creep or even crawl in some cases in order to pass them. Don’t even think of venturing into this maze without a learned guide
A special ceremony is held in Niyasar on Eid-e Qorban (an Islamic holiday). Having its roots in the pre-Islamic Mithraism, in this ceremony people of Niasar sacrifice a cow
Degree of difficulty: 2 out of 5.