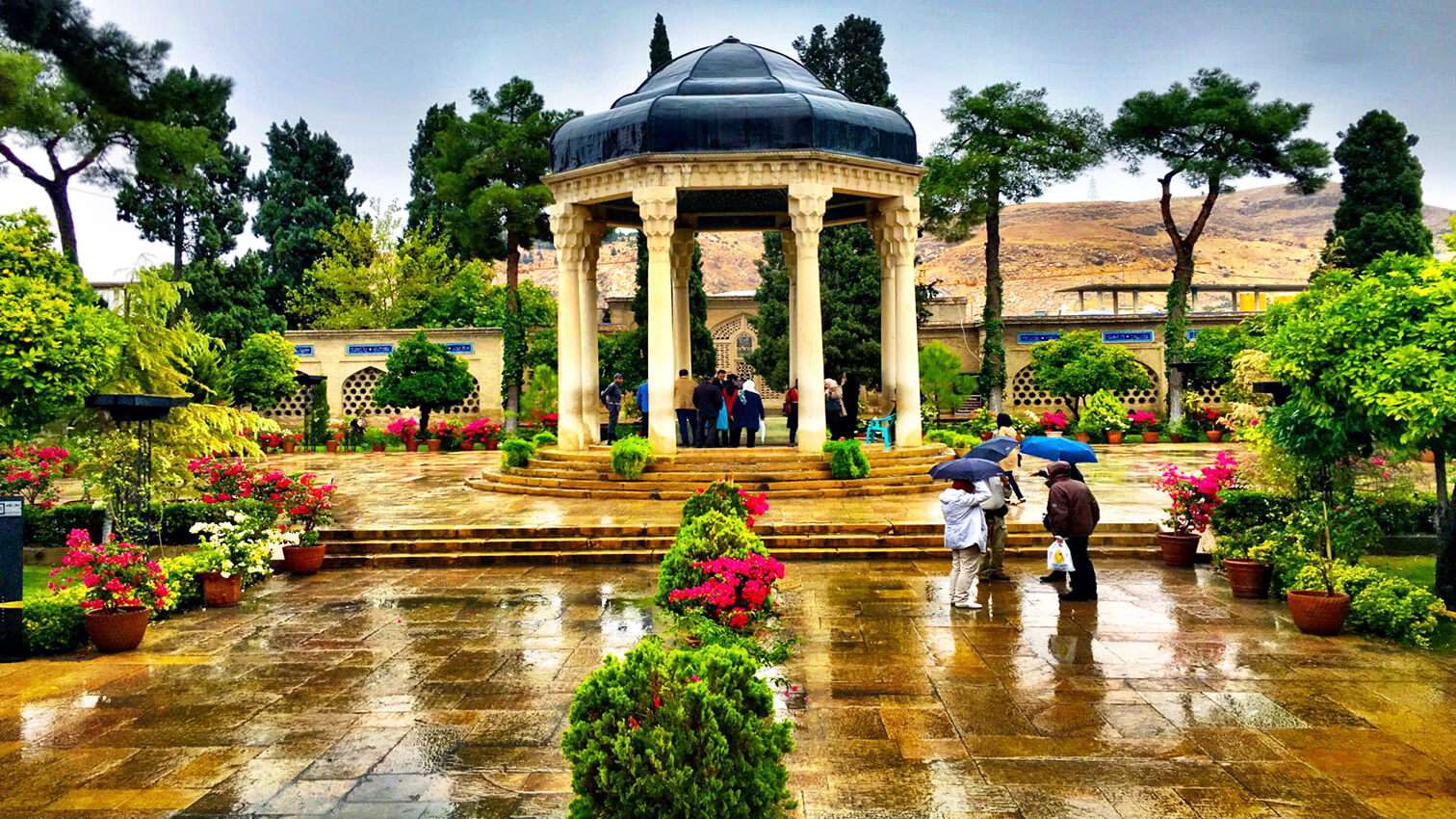 Visiting the tomb of the world-known Iranian poet, Hafez-e Shirazi. The tomb was built in 1935 by the French architect, Andre Godard.

Photos of the Tomb of Hafez (Hafezieh) 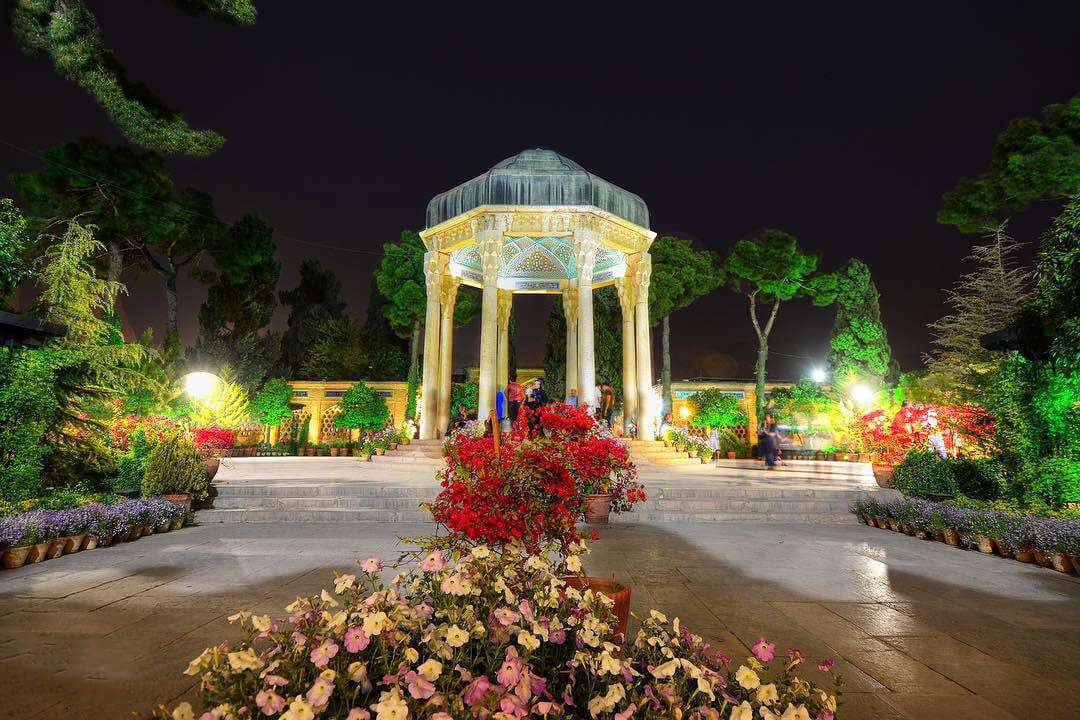 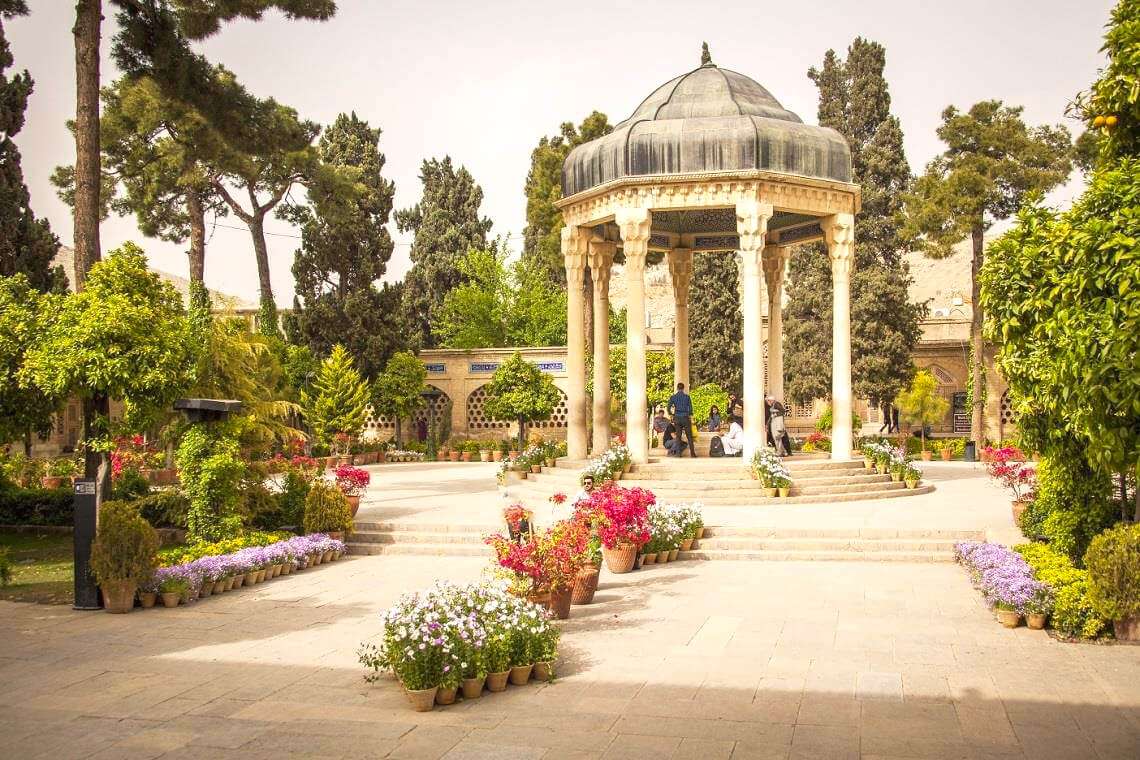 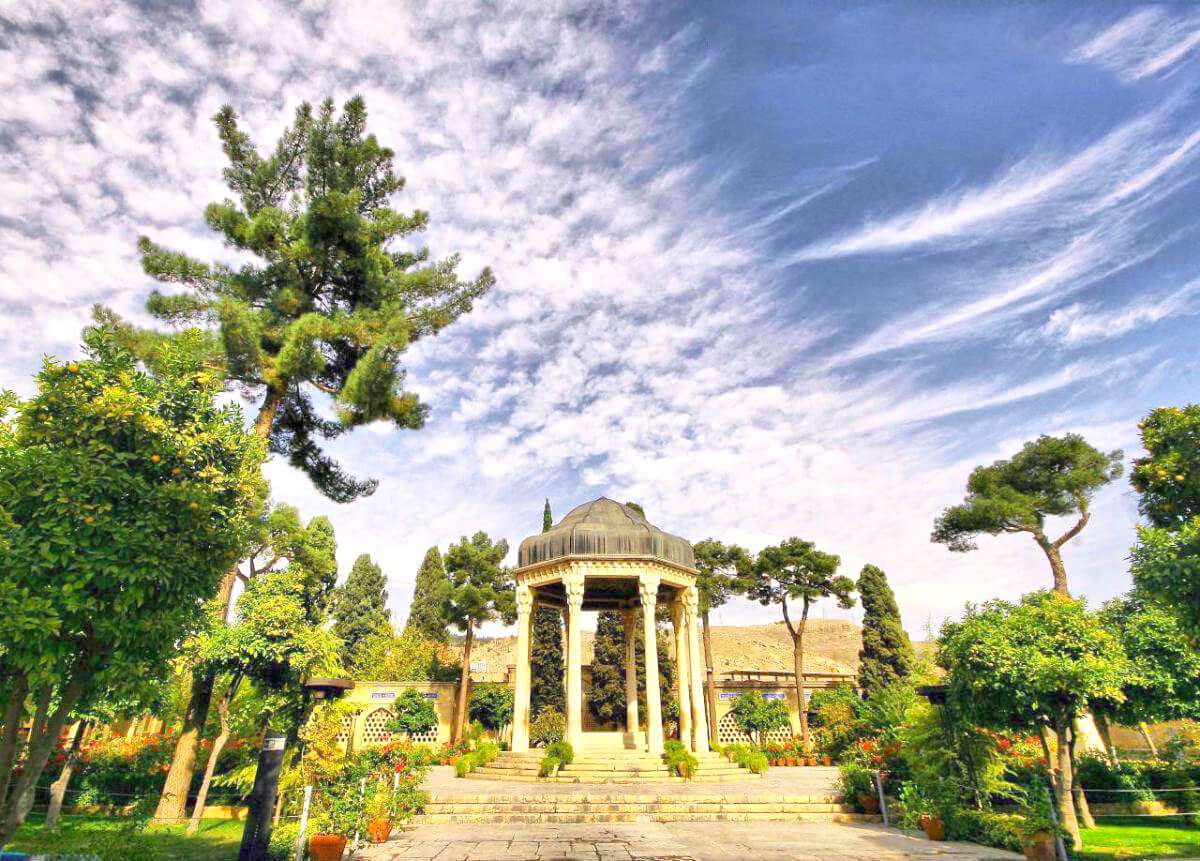 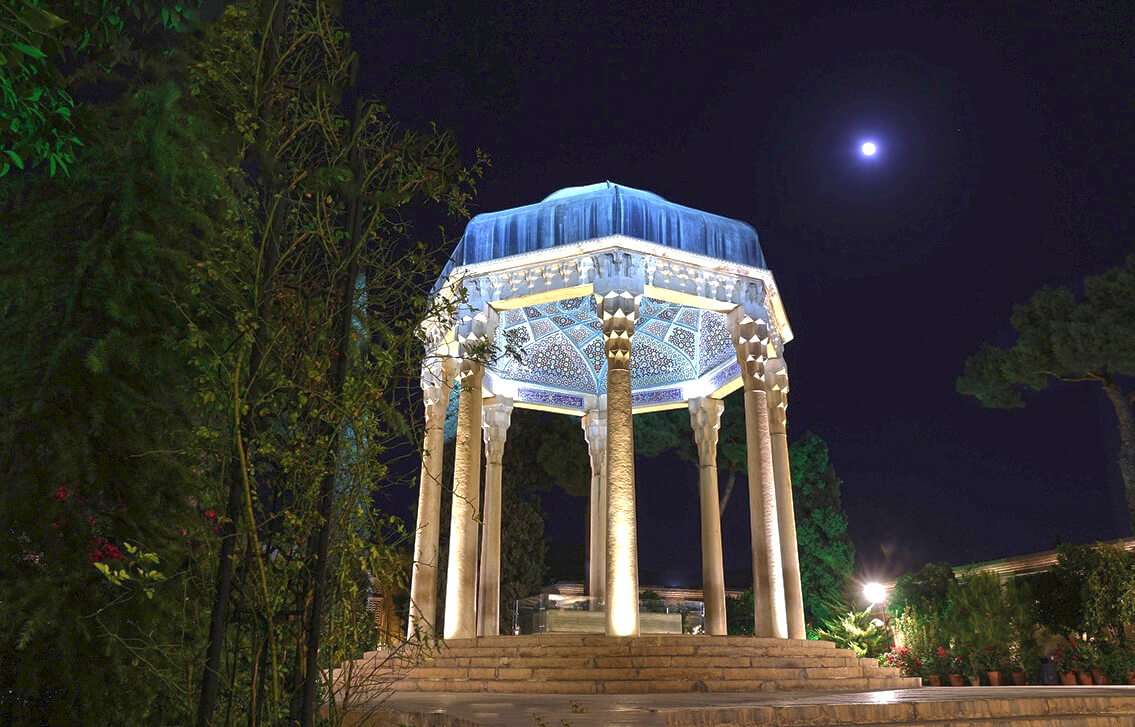 Explore the Tomb of Hafez (Hafezieh)

Probably the most celebrated Persian poet, whether among Iranians or literature enthusiasts from around the world, is Khaje Shams al-din Mohammad known as Hafez. The 14th-century poet has profoundly influenced and continues influencing Persian poetry, and invariably evokes admiration of his readers. His words, masterfully mingled with mystical concepts, and embellished finely with oratory, have served as more than a collection of poems for Iranians during the centuries. As a custom, mostly in special ceremonies like Yalda or Nowroz, people close their eyes and open Hafez’s poem collection randomly, hoping the poet will tell their fortune.

From the 17th to 19th centuries, the tombs of famous poets in Shiraz were the main destinations for travelers. Hafez’s mausoleum, locally called Hafeziyeh, is located in the northern edge of the city, in the middle of the pretty garden of Mossalla. As you enter from the southern section, a pretty sour orange orchard (Narenjestan) with water streams and rows of flowers draw your attention. Hafez’s tombstone sits solemnly in the center.

For sixty years, his burial place was a plain tombstone. In 1477, Shams al-Din Mohammad Yaghmai, the minister of Gurkani court, built a domed vault with a pool in front of it. Much later, in the 18th century, Karim Khan-e Zand expanded the surrounding area and ordered a hall to be built in the middle of the garden. The tomb of Hafez is covered with a marble gravestone surviving from Karim Khan's era (1751 to 1779). The current mausoleum was designed in 1935  by Andre Godard, a French architect, with the help of some Iranian architects. It consists of an octagonal pavilion structure topped with a hat-shaped dome. The vaulted hall, with two rooms on the east and west wings, was expanded by the additional 16 columns, turning it to a spacious 20-columned veranda. The interior layer of the dome is adorned artistically with colorful tiles. Every eight monolithic column is surmounted by an azure tiled inscription bearing a verse from Hafez's book. The marble stone on Hafez’s grave was inscribed in Nastaliq calligraphy in Karim Khan’s era with two sonnets from Hafez’s book starting with:

In the hope of union, my very life, I’ll give up

As a bird of Paradise, this worldly trap I will hope (translated by Shahriar Shahriari)

The northern side of the garden houses a library and a bookshop.  The northwestern part holds a cozy teahouse, and the west side contains a cistern from Zand era, Qavam family crypt and several graves of famous Shirazi residents.

The site is open every day except on national holidays (religious mourning days), from 8:00 AM to 10:30 PM (during spring and summer), and from 8:00 AM to 9:30 PM (during autumn and winter)
There is a nice café in the garden offering, on top of all the entries in their menu, the enjoyable bowl of faludeh Shirazi (frozen starch noodles and rose water sorbet served with lime)
It would be nice to sit beside the tomb for a few moments, watching the lovers of Hafez recite his poetry and take omens
The best time to visit the garden is in the evening after the sunset.