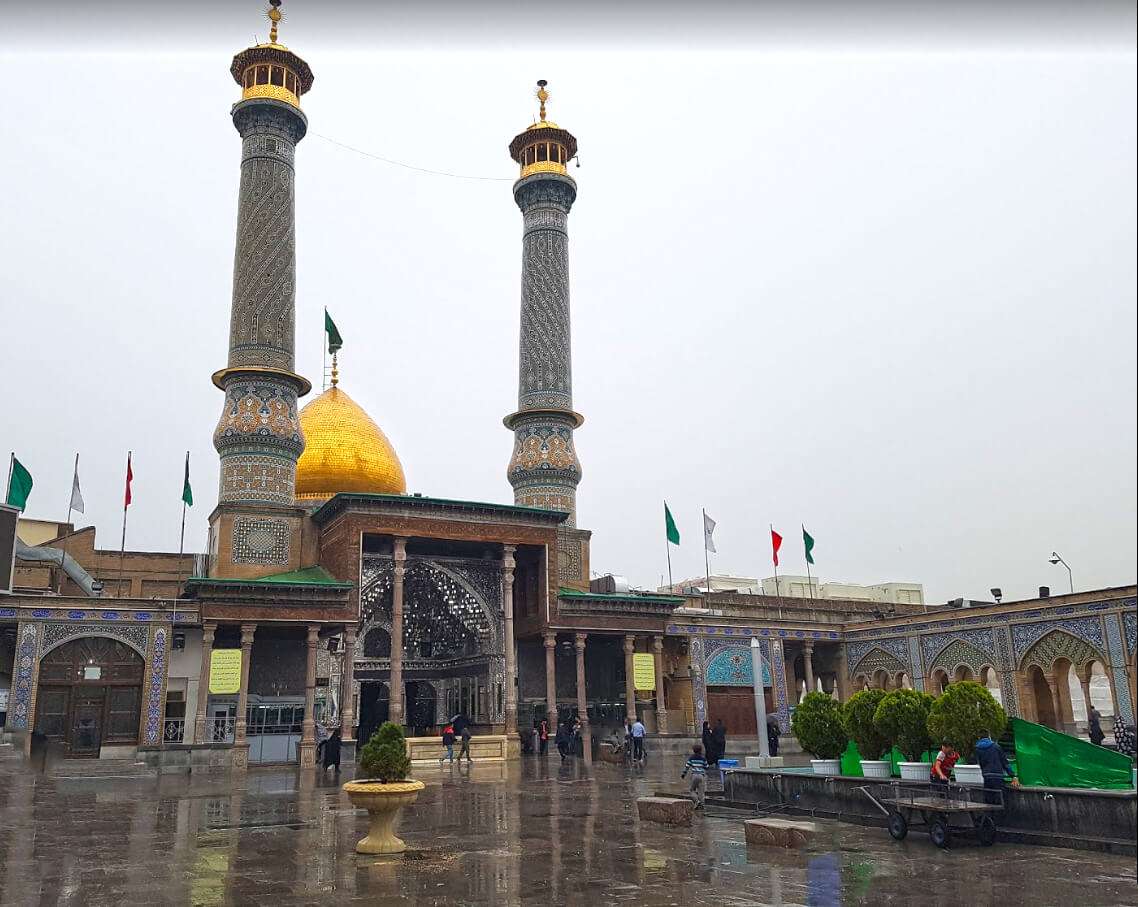 Watching the holy shrine dating to the Qajar era in Rey City. 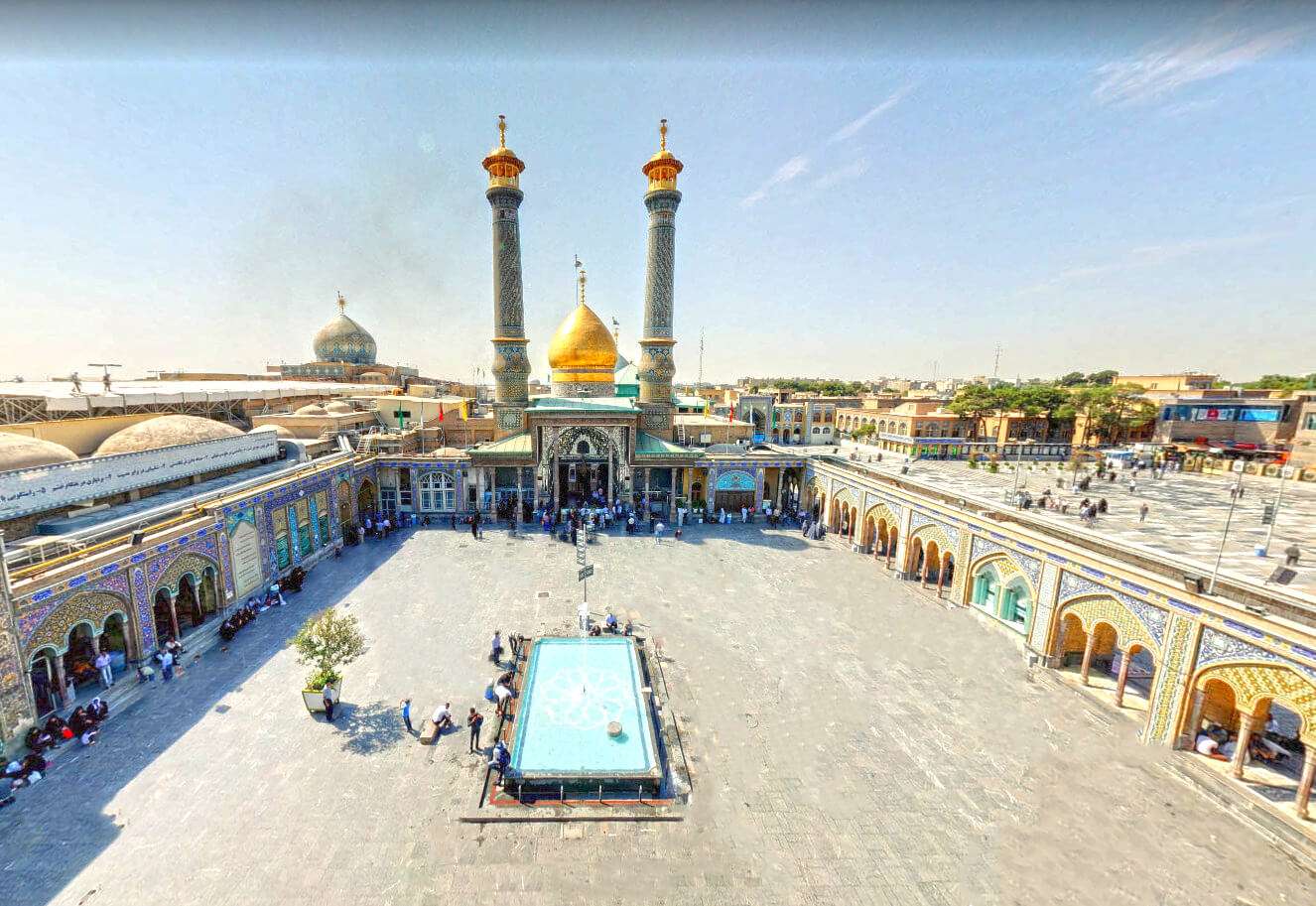 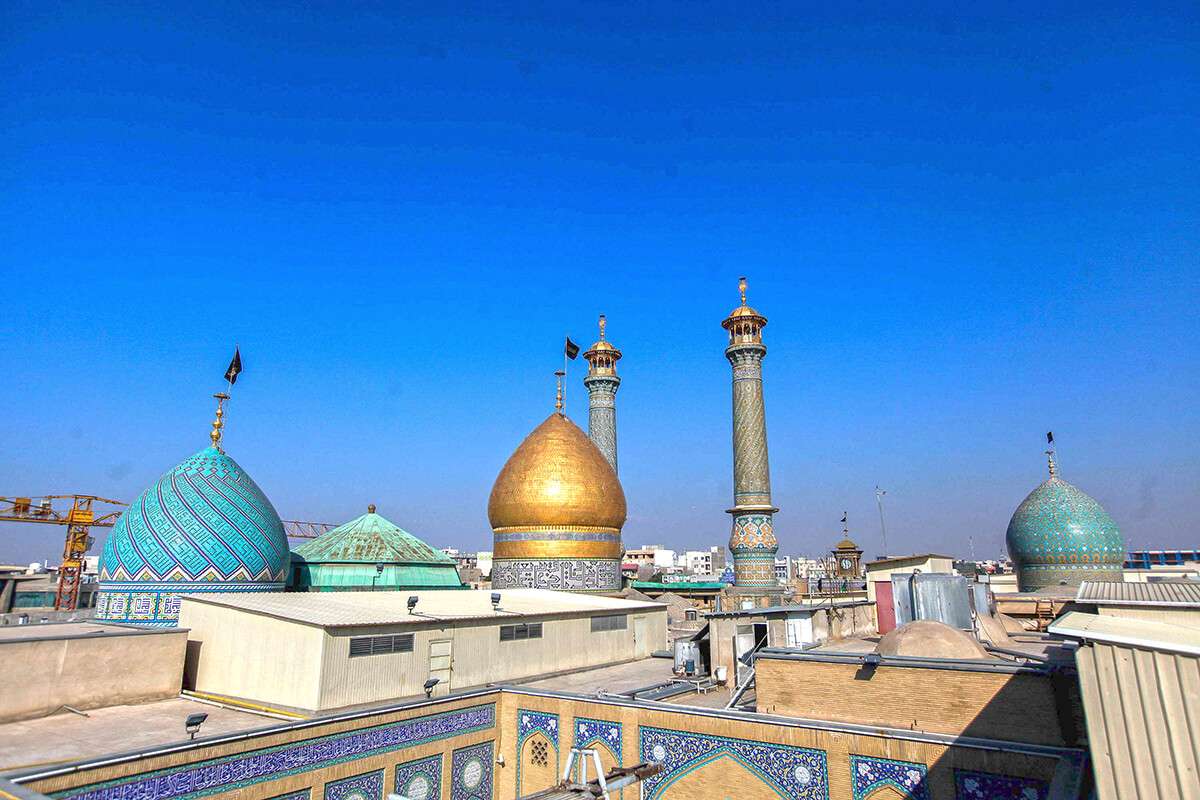 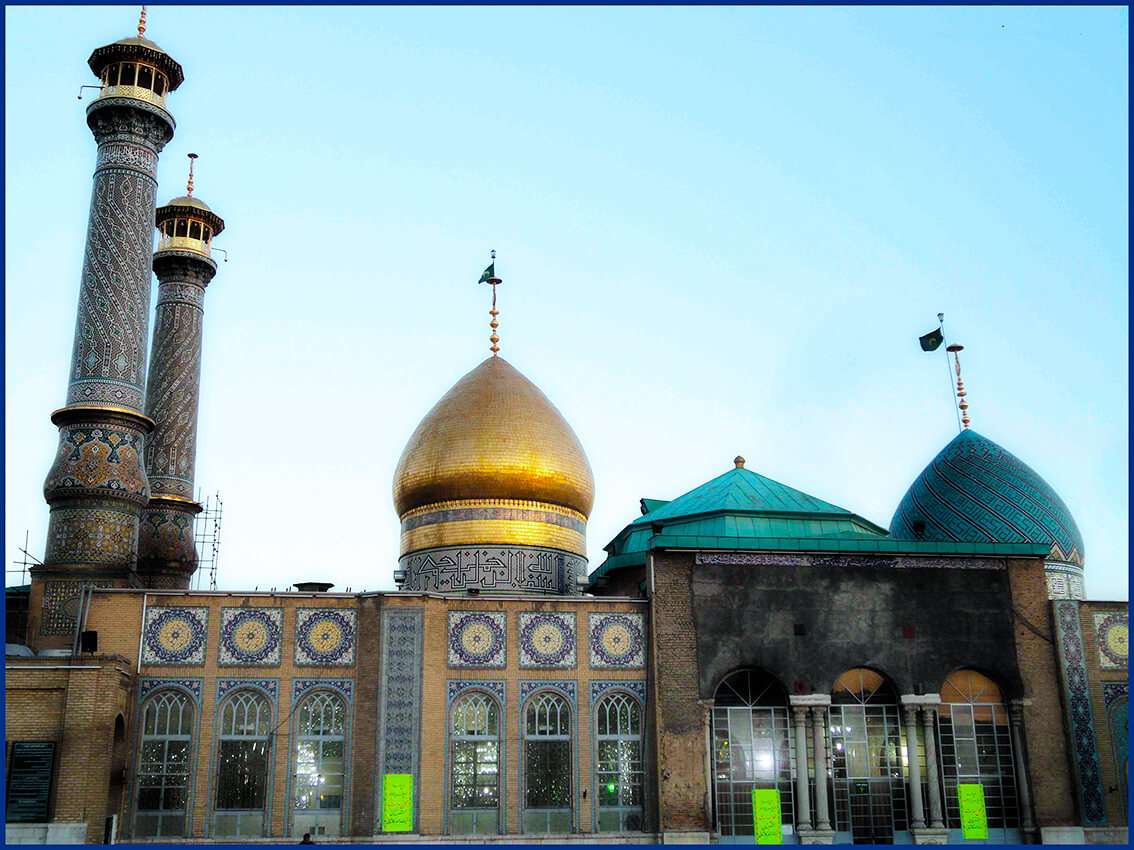 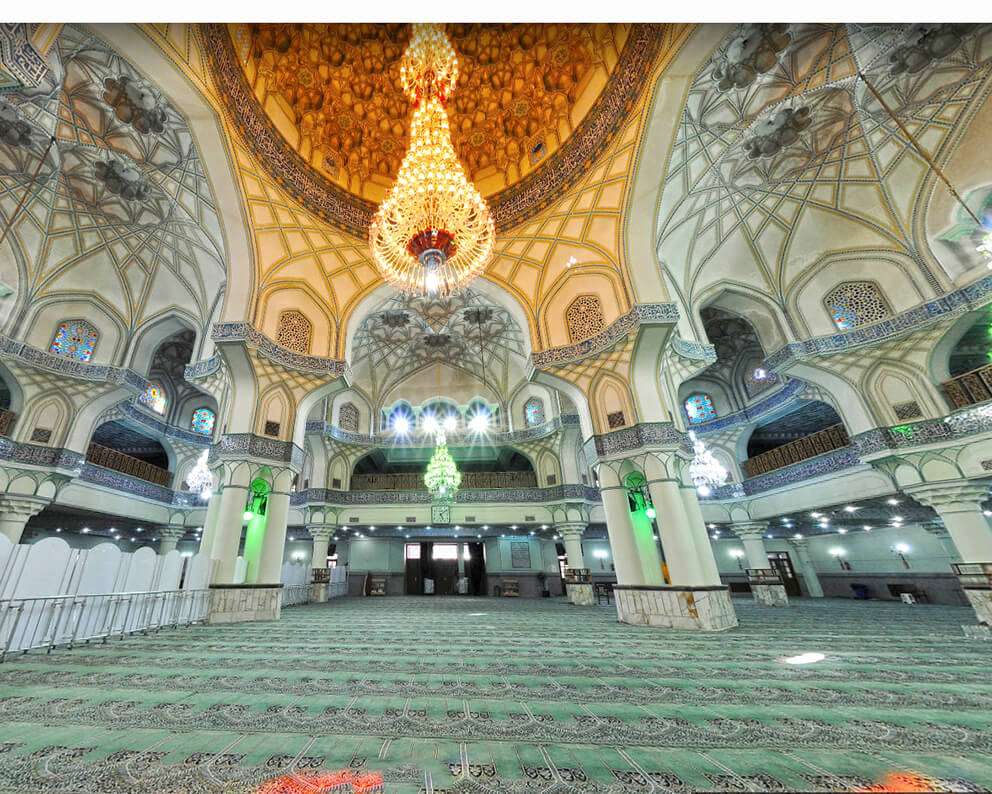 Restored during the Ilkhanid, Safavid and Qajarid eras, this mausoleum has always been an important religious destination for Shias in Iran. The very first building known as the shrine of Shah Abdul Azim, a descendant of Imam Hassan, was built by the order of Buyid rulers and commissioned by Majd al-Molk Qomi in the 10th century.

The sanctuary in the shrine is a square-shaped, 8 by 8-meter structure, topped with four squinches (gushvar) on each corner. These squinches convert the first four-sided structure to an eight-sided structure and then to an eighteen-sided one to be finally surmounted by a dome. This is an architectural feature of the Seljuk era which confirms the construction has continued to the 11th century.

A silver lattice structure enclosing the grave (zarih) was added to the shrine in the time of Fath-Ali Shah Qajar (1797-1834). Its upper inscription is used in the current zarih, built by Gholam Hossien Eqlima and Haj Mohammad Saniʿ Khatam in 1962. It was during the reign of Qajars, when most of the tile work, mirror work and the exquisite inlaid and carved wooden doors of the shrine were installed. Moreover, the dome was covered with gilded copper bricks and the soaring minarets were erected at this time.

It is also the burial place of many famous religious, cultural and political figures such as Naser al-din Shah Qajar (the Qajarid king ruled over Iran 1831-1896), Imamzadeh Taher (the descendant of the 4th Shia’s Imam buried on the north-east of the shrine), Imamzadeh Hamzeh (the descendant of the 7th Shia’s Imam), Saeed Nafisi (the contemporary writer and poet), and Sattar Khan (a popular commander during the Constitutional Revolution).

Imamzadeh Hamzeh mausoleum consists of a sanctuary (approximately the size of Abdul Azim’s sanctuary), graced with a silver zarih and splendid mirror work. It was built in the mid-Qajar era. Moreover, the mausoleum of Imamzadeh Taher was built in the time of Naser al-Din Shah Qajar (1848-1896), commissioned by the governor of Isfahan Zel al-Sultan.

The museum is a two-storied building which comprises a treasure of valuable artifacts and historical items from various eras, the oldest one dating back to the 4th millennium BC. Included among them are the precious collections including books and inscriptions ranging from the 12th century to the late Qajarid era. There is also a lavishly inlaid and carved door collection comprising 11 pairs of doors which used to be installed in the Shrine during various periods. The pictures of the holy shrine, since the 19th century, are on the exhibit in the corridors. A set of antique silver and steel locks of the Shrine’s gates, and the famous champion athletes’ medals are also on display here.

There are English language local guides in the shrine to explain the site for the foreign visitors
Foreign visitors are NOT permitted to enter the shrine
they can visit only the courtyard
Women are given a veil (chador) to wear at the entrance.

Things To Do In Rey