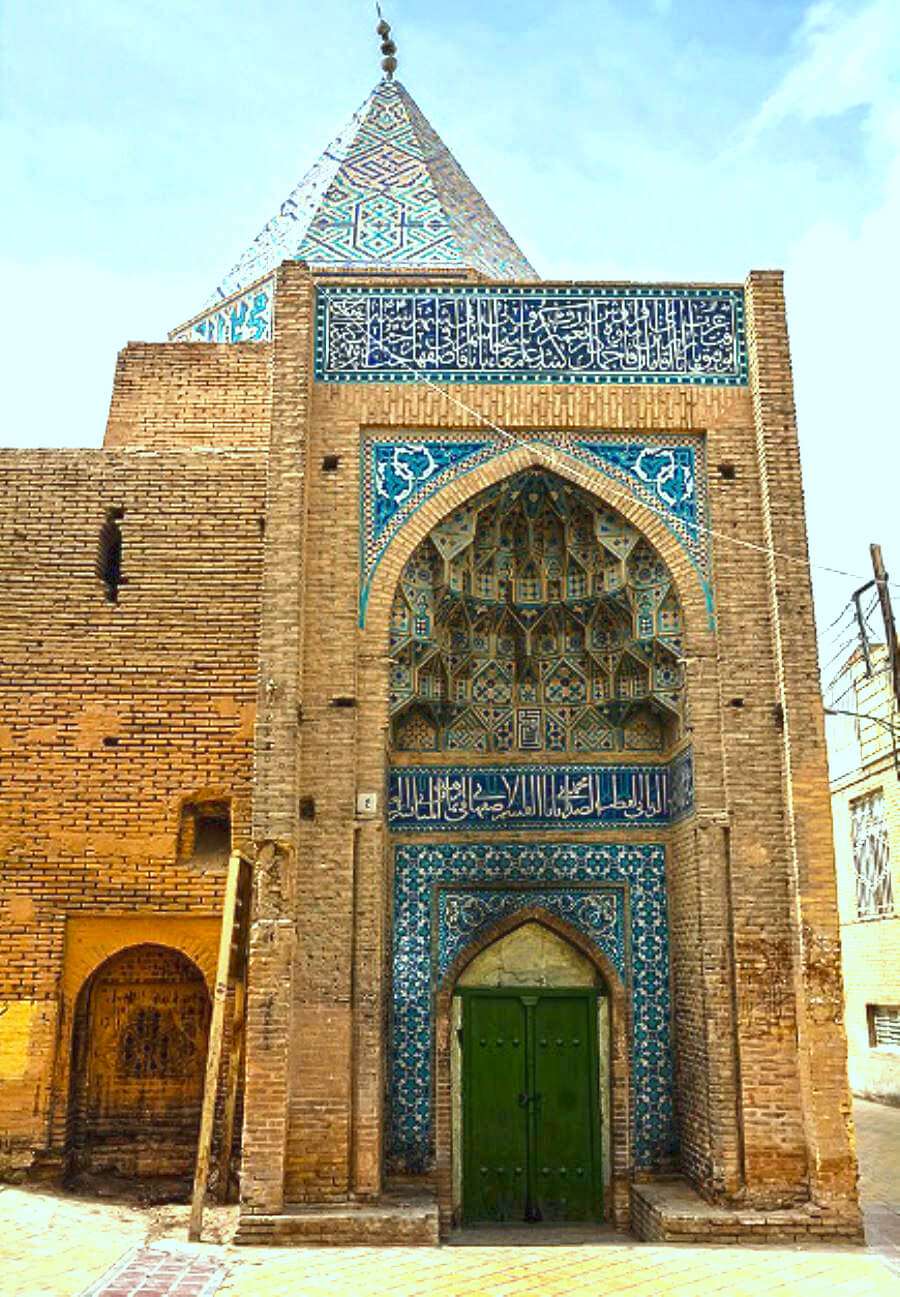 Visiting the Mausoleum of the 14th- century theologian built in 1340.

Photos of the Baba Qasem Mausoleum and Imamieh School 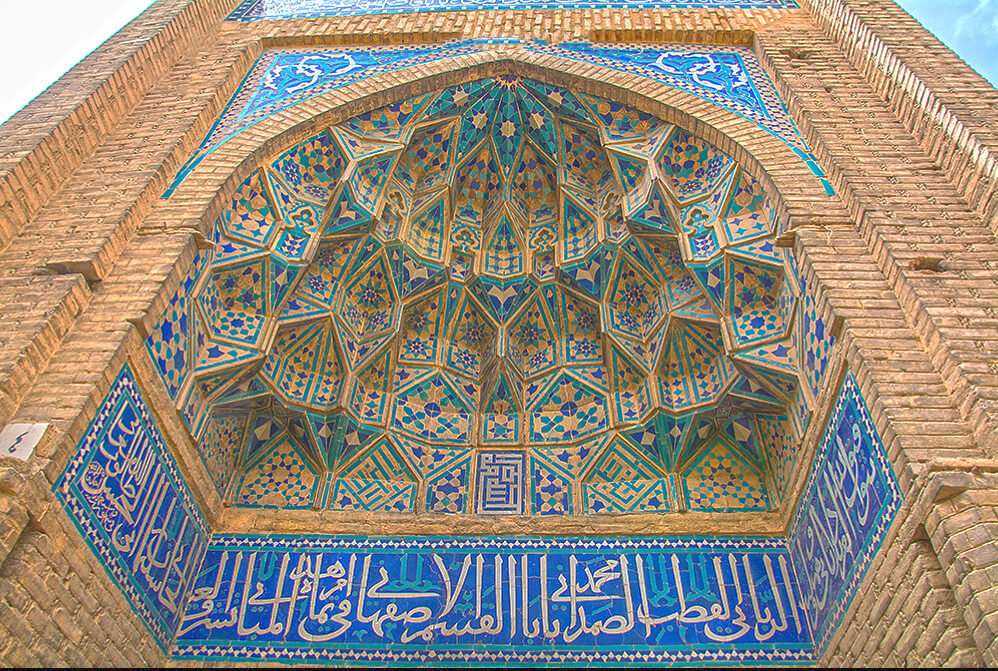 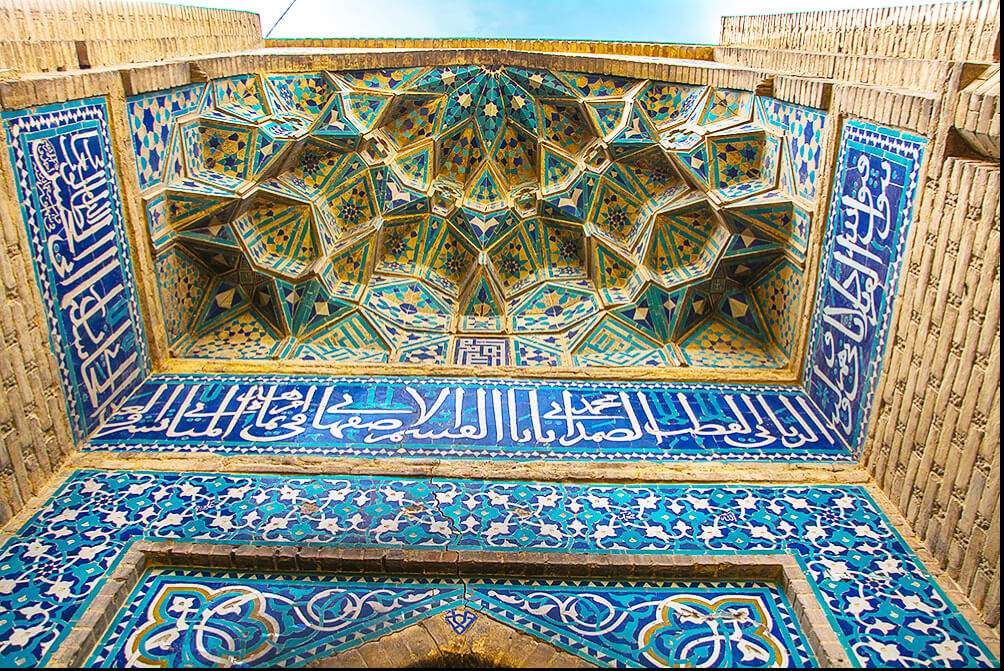 Baba Qasem was a 14th-century theologian, who taught in Imamieh Madrasa, the oldest theological school in Isfahan. Here, the title "Baba", needs a short explanation. During the 14th and 15th centuries, there was a group of Sufis in Isfahan who bore the title baba, as a form of venerable address. However, after years of ascetic life, Baba-Qasem died and one of his disciples, Soleyman Abu'l Hassan Tahit al-Damghani, built a tomb and mausoleum over his grave in 1324. The mausoleum is otherwise known as the oath mausoleum, since whenever there was a problem difficult to reach an agreement upon, people went to the mausoleum and settled the issue by taking oaths on Baba-Qasem's grave. Jean Chardin, the French world traveler, affirms that once he himself witnessed a man turning into smoke and going up into sky for making a fake oath.

The entrance to the mausoleum includes a portal and, to its right, a Saqqa-khaneh. Saqqa-khaneh is a niche-like structure, usually hollowed out in the walls near sacred monuments, in which people used to light candles as donations to holy powers for having their wishes realized. The entrance portal of the mausoleum is itself embellished with dark blue stalactites and an inscription, in white sols script against a dark-blue background, encircles it. This inscription gives the construction date of 1340. Also, on the eastern wall to the entrance portal, two stone tablets are visible. One of these tablets is installed on the upper part of a latticed window, including one inscription, at the lower part, and two flanking glosses, one at each side. The glosses send peace upon the fourteen immaculate ones.

Inside the mausoleum of Baba-Qasem, there is an old gravestone, belonging to Pahlavan (hero) Mirza-Ali, which dates back to the 16th century. The surface of this gravestone contains the names of the fourteen immaculate ones. On its western side, in sols script, the date of pahlavan's death is inscribed. Also, this side bears two lines of poetry, in nastaʿliq script, talking about human sins and their forgiveness in the Judgment Day for the love of Ali, the first Imam of Shiites. On the upper part of the outer façade, there is an inscription dating back to 1634, which was repaired by the philanthropist: Aqa Zaman, the son of Aqa Jamal-e Miveh-Forush.

The octagonal pyramidal dome –said to have been built in the 15th century- sits on a square base, flanked by two Banayi inscriptions on dark blue tiles against a brick background, each bearing one of God’s names: (Ya Dayan, Ya sobhan, Ya Soltan and Ya Borhan). Furthermore, certain phrases decorate the upper part of the dome, such as Allah Rabi (Allah, my God), Mohammad Nabi (Mohammad, my prophet), Islam Dini (Islam, my religion) and Oliya' Imami (The greats, my Imams). The rectangular dome chamber is surrounded by hollows in its four corners. Once, the mausoleum enjoyed a majestic mihrab, but its absence is strongly felt today. The dome, from outside, is hemispherical. Also, the rear building appears as an octagonal, which was connected to the main building through a slanting corridor running from the south-eastern side. Nowadays, the design of Baba-Qasem mausoleum has undergone several changes: the octagonal design of the mausoleum has changed into a rectangle, its floor has been elevated and the corridor connecting the two buildings is gone.

On the southern side, there is another feature that the mausoleum is known by an exquisitely tiled mihrab, sadly ruined for the most parts, which is surrounded by the finely plaster carved walls. The building was once renovated in Safavid era.

It is better to hire a local guide since the visit should be arranged in advance.