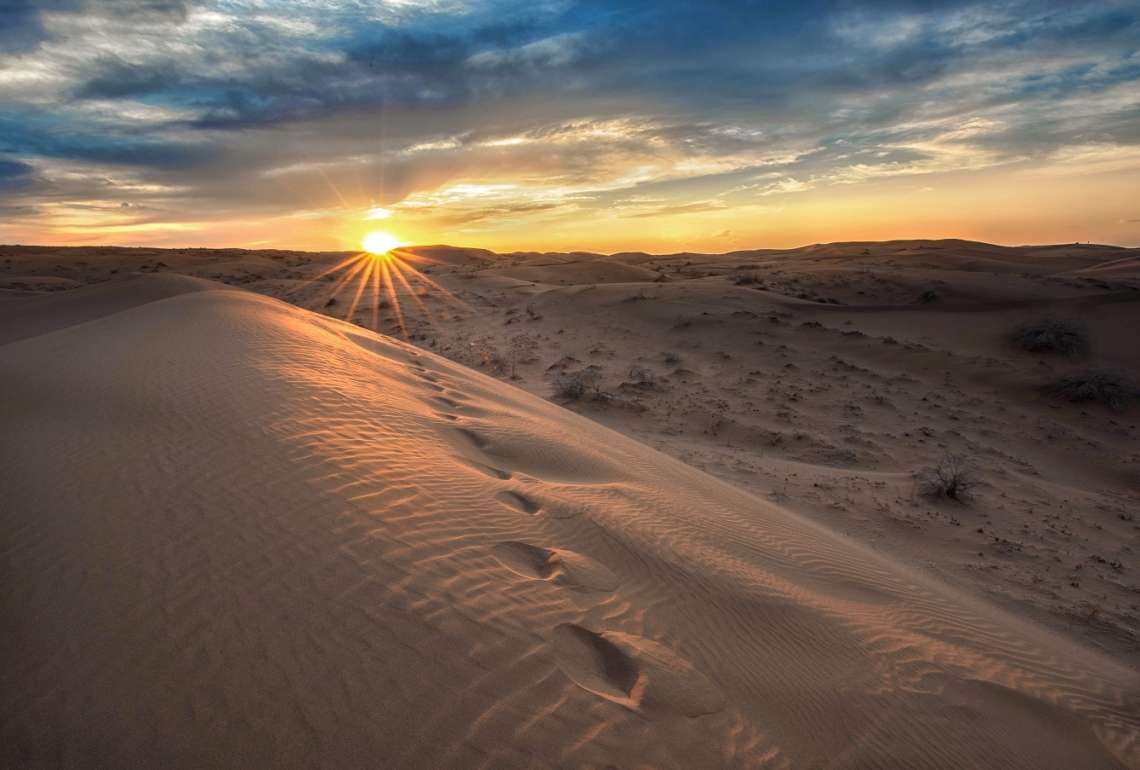 Browsing the desert of Maranjab near Kashan. The desert boasts a historical caravansary and a salt lake.

Photos of the Maranjab Desert 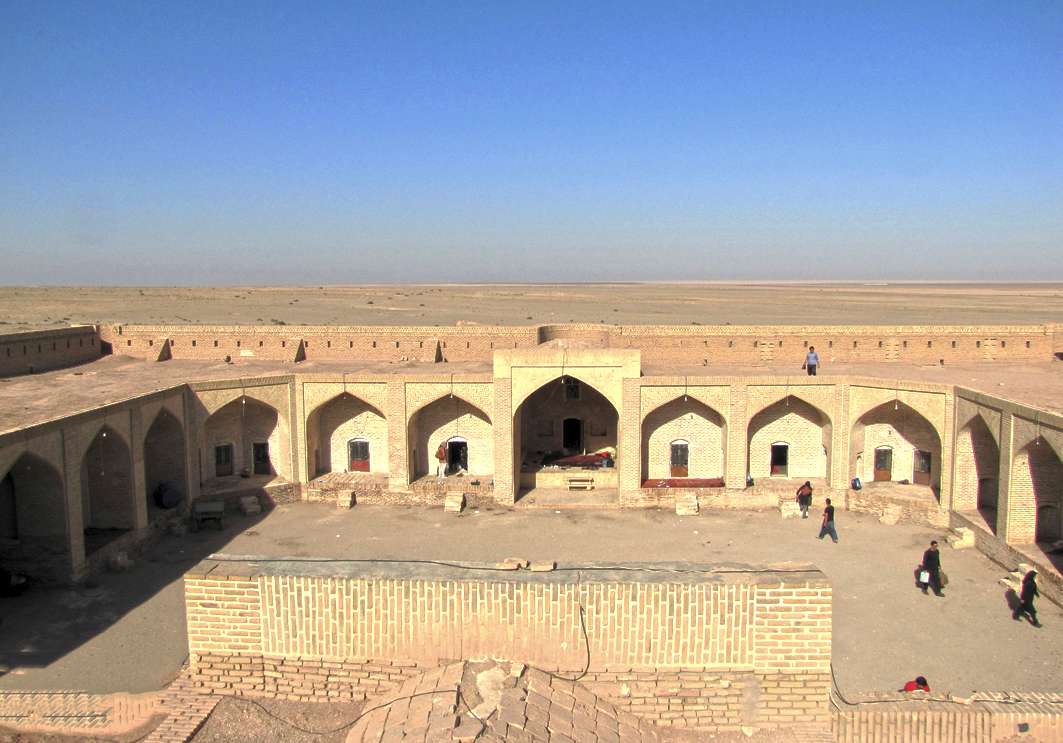 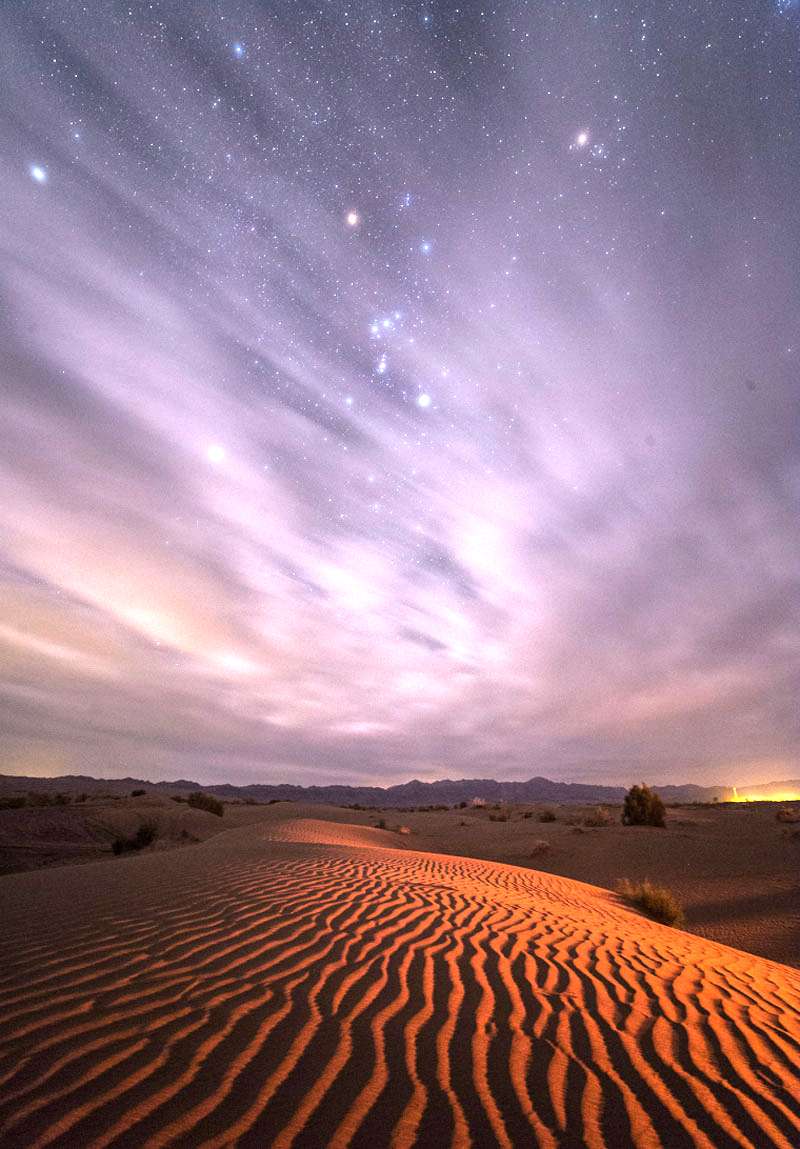 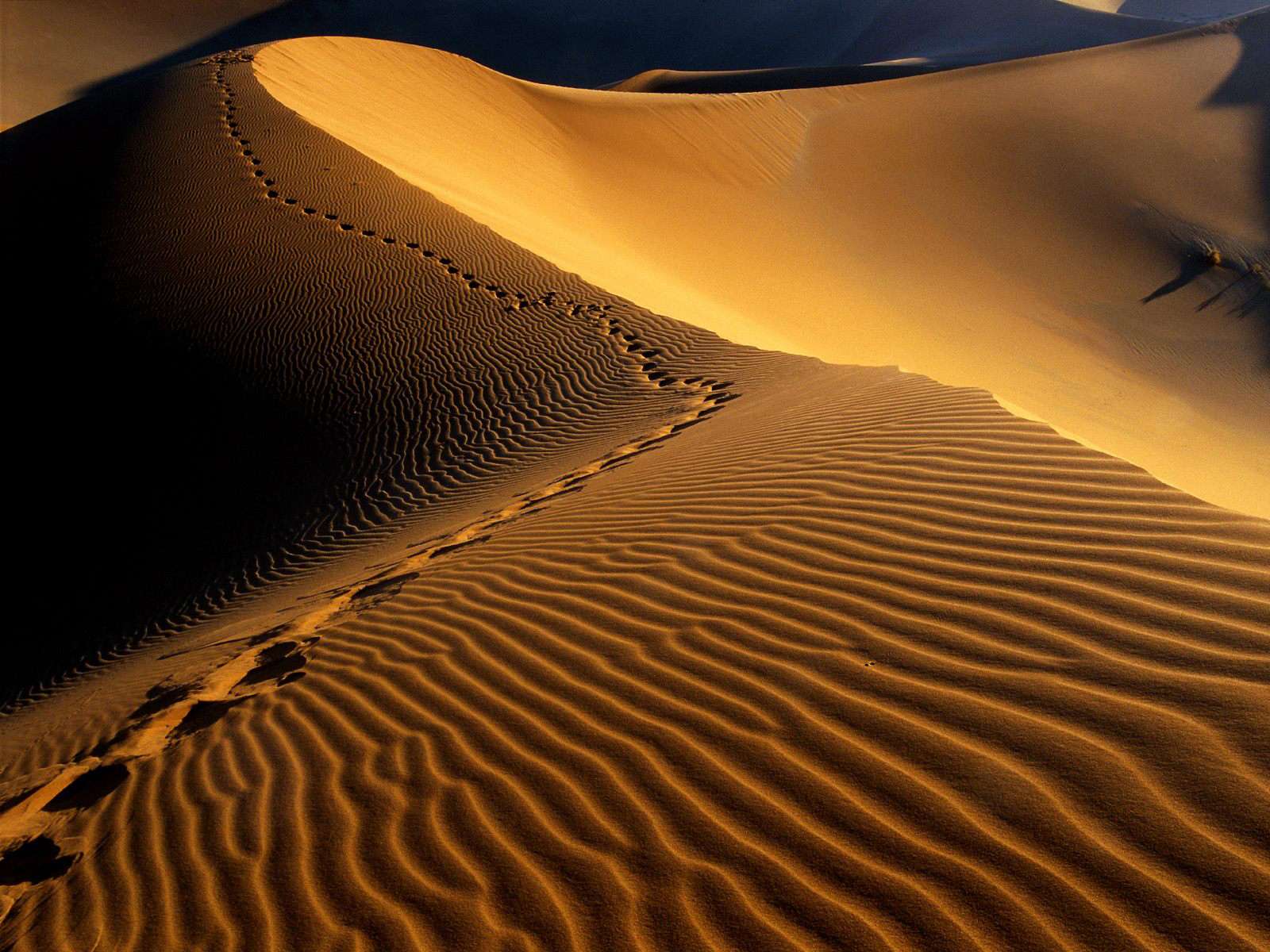 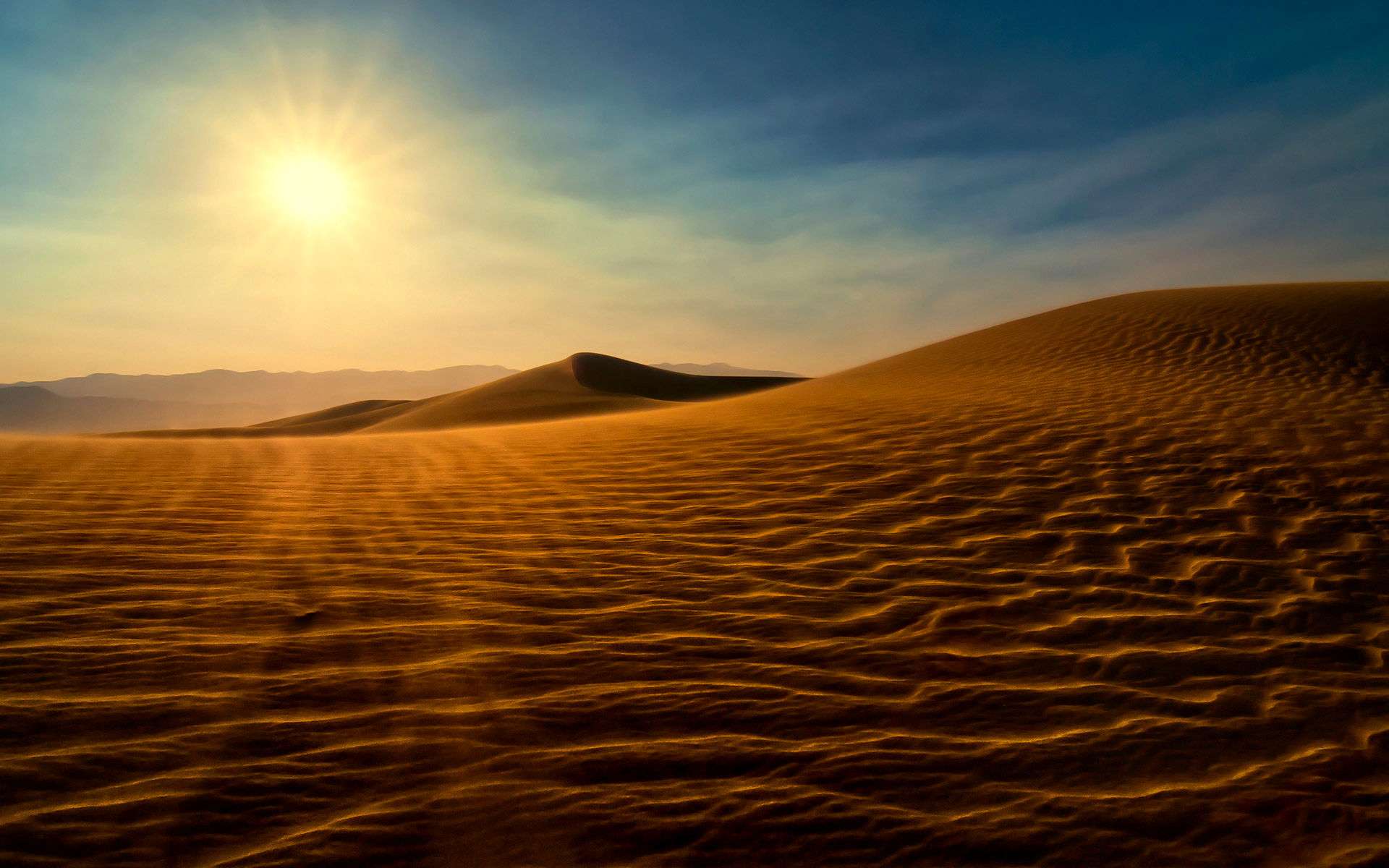 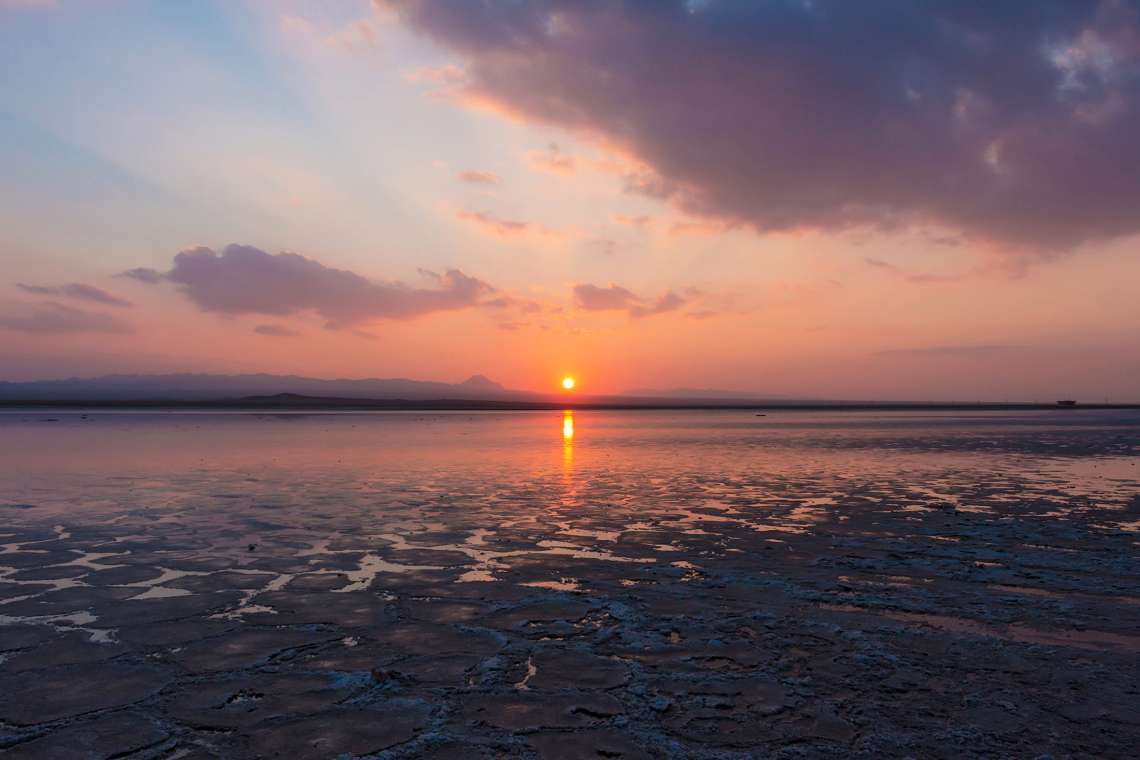 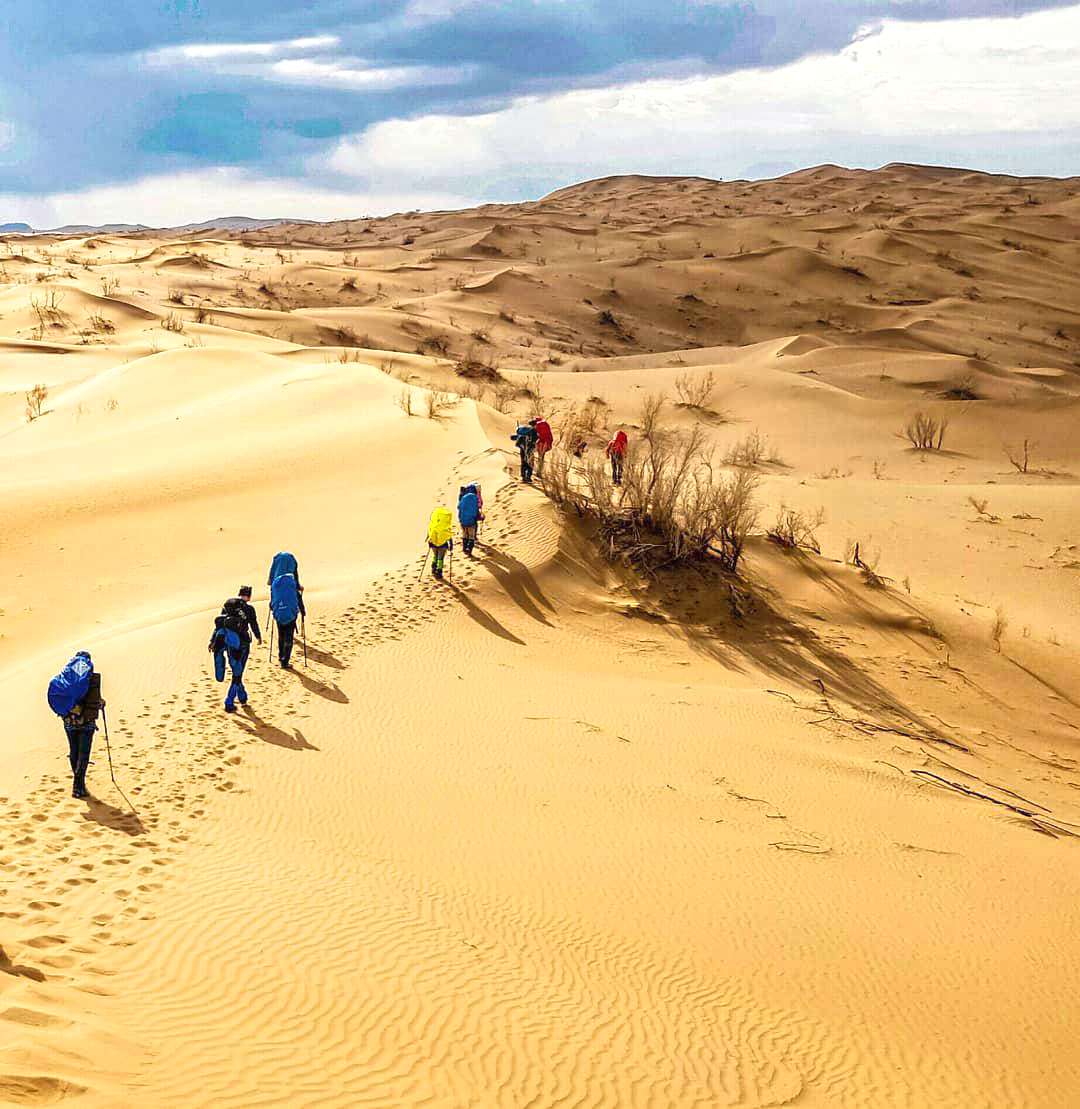 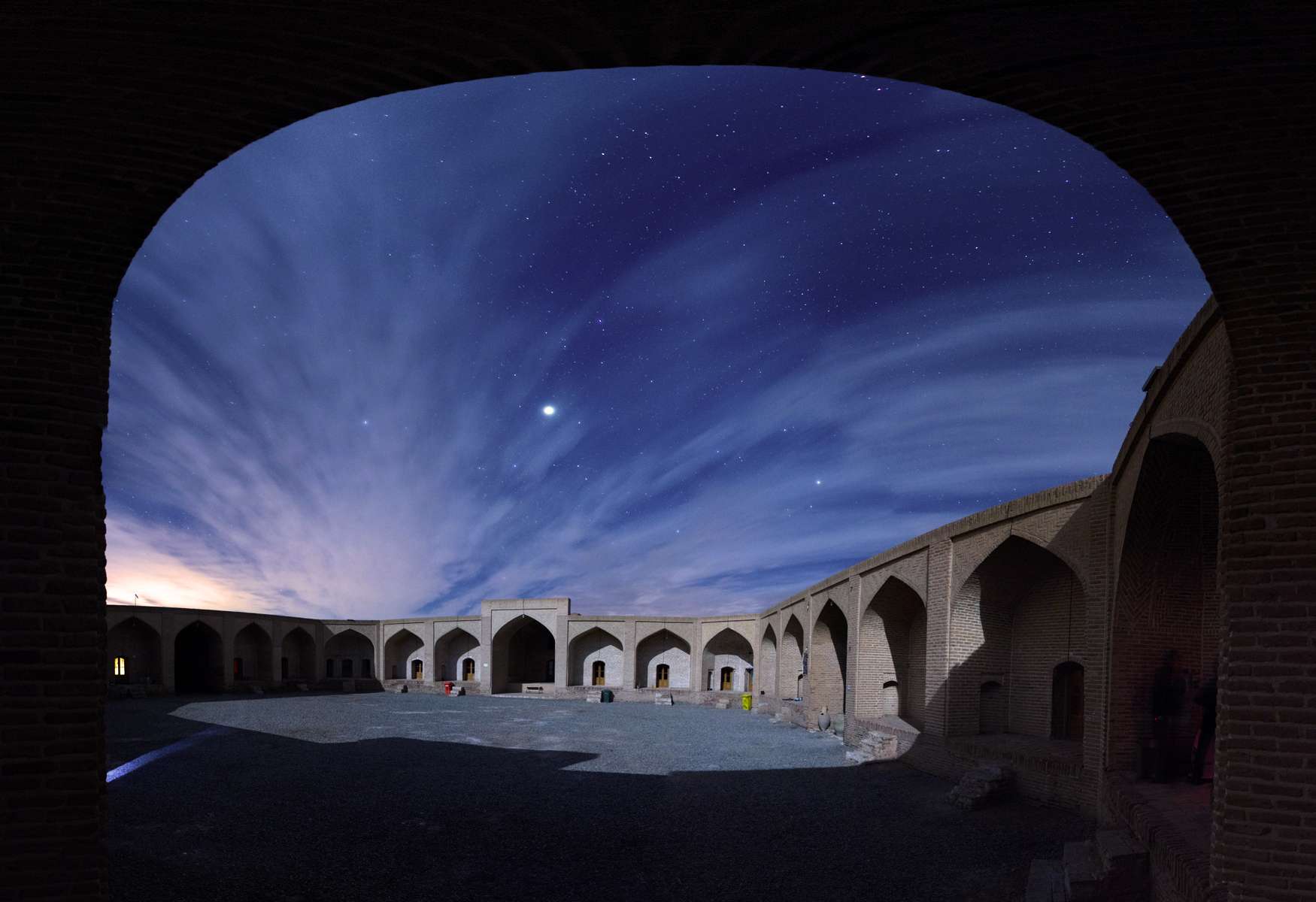 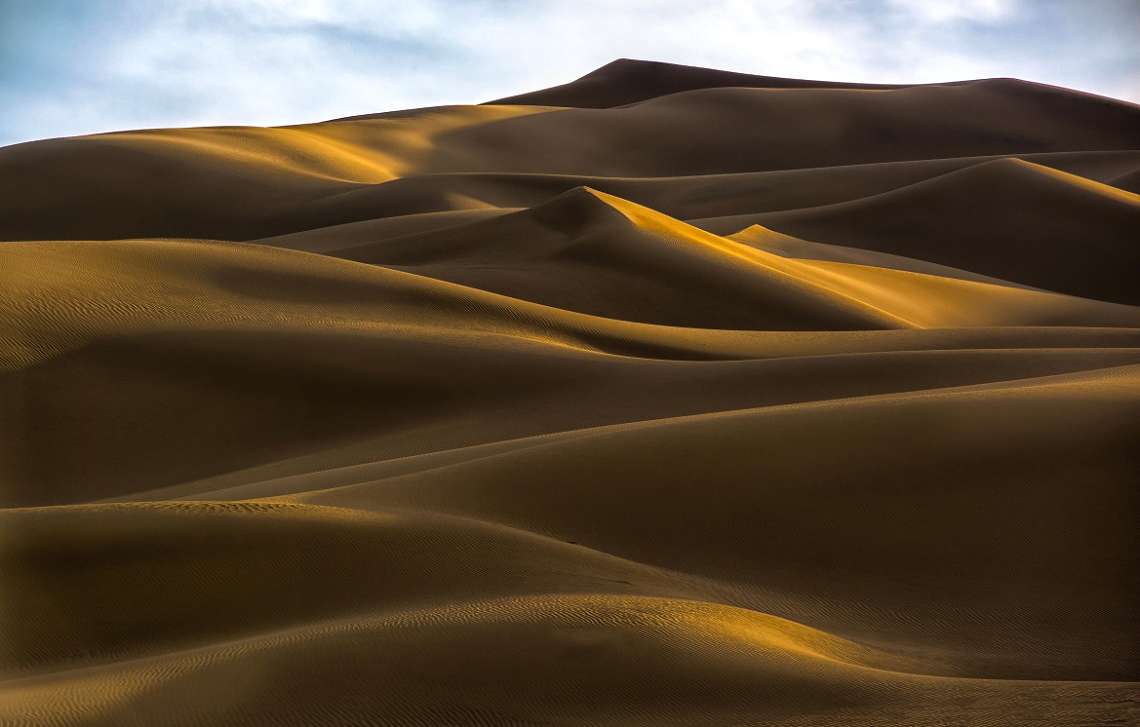 This impressive desert forms part of Dasht-e-Kavir, one of the two largest deserts of Iran which spreads from the southern edge of Mount Alborz, and encompasses Khorasan, Sistan, Qom, Kashan, Isfahan, and Yazd.  The wide variety and hugeness of desert terrains, in addition to cultural elements which make the desert life possible, has created many remarkable touristic attractions in Iran. Traces of Iran's ancient civilization, spectacular long sand dunes, and a vast salt lake are among the remarkable features of Maranjab Desert.

With an altitude of 850 m above the sea level, Maranjab Desert is located in the northeast of Aran va Bidgol in Isfahan province. Suitable water and natural food supply help Maranjab desert to be rich in salt-tolerant plants like Gaz and Taq, and desert animals like sand fox, sand cats, snakes and different types of lizards and scorpions.

All in all, with all its touristic potentials and facilities, Maranjab invites you to enjoy the unique scenes it gives birth to, especially its dramatic sunset over the color-changing sands. Here you can experience nomadic desert life, taste the local cuisine, feel the balance of life, enjoy the delight of the star-filled sky and savor the magical silence of the desert.

Caravansaries in Iran date back to the time of Achaemenids. Darius, the great Achaemenid king, developed vast networks of roads to connect different parts of his empire together. To make possible traveling these newly-built roads, abodes should have been provided for the travelers to shed off the exhaustion of traveling for some time and be fresh to continue their way. For this reason, Achaemenids built caravansaries to ease the hardships of long road journeys. And, from that time onward, caravansaries became part of the traditional architecture of Iran.

The plan of Maranjab Caravansary is based on the prevalent architectural style of the Safavid period. Based on this plan, the rooms of this one-storied caravansary were built around the main courtyard and stables were placed behind them. Also, the caravansary included a Qanat or aqueduct which used to provide the necessary water for the travelers who had to pass through the arid desert of Maranjab on the way to their destination.

A long time ago, when the Silk Road was still a prospering commercial route, people could reside and rest in this 3500 sqm caravansary and enjoy the sweet water of its old qanat. In addition, Shah Abbas the first, the great Safavid king, had a defensive building constructed to guarantee the security of merchants and travelers. In this building, hundreds of armed soldiers were kept on duty to back off any unwanted threat occurring during the day.

The significant square-shaped plan of this 400-year-old brick building, its six watchtowers and the pool in front of the southern portal entrance are the first things which come to the eyes of the observer. Today, the twenty-nine rooms of the Caravansary around the courtyard, plus an added number of porches (ayvan), provide the basic facilities for the accommodation of tourists. After an exciting stargazing on the rooftop, a secure sleep in your room helps you be refreshed for the next day.

Close to the sand dunes, this one-of-a-kind salt sea sprawls across the Maranjab desert. This Salt Lake, located about 40 km away from Maranjab caravansary, is one of the exclusive sightseeing centers in Iran. These days, the triangular-shaped lake of Maranjab has shrunk to a much smaller size and is totally dry during the year except for two months in rainy seasons. During these two months, the depth of water filling the lake varies from 2 to 5 centimeters. The most notable feature of this lake is the depth of the salt formed in and around it, varying between 5 to 54 meters. Although the lake harbors many natural beauties, two of them deserve special mention: the naturally-formed, artistically-shaped salt-polygons and the iconic “wandering Island”.  Since the lake seems to be cut off from its surrounding environment, the locals believe it to be loose and free-floating, with no fixed anchoring point. However, the reason for this natural phenomenon is that the refraction of light fades those points of connection which joins the island to its surroundings connecting edges of the hill and turns it into a weird wandering island.

If you want to stay in the desert, Maranjab Caravanserai is a good choice. It is recommended to book your accommodation in advance
Try not to trek or drive there alone
always having accompanied by a professional tour guide can be safe and secure
As hiking in the desert takes about 2-5 hours, having hiking boots, suitable cloths and sun creams are essential
Degree of difficulty: 3 out of 5.


Things To Do In Aran va Bidgol