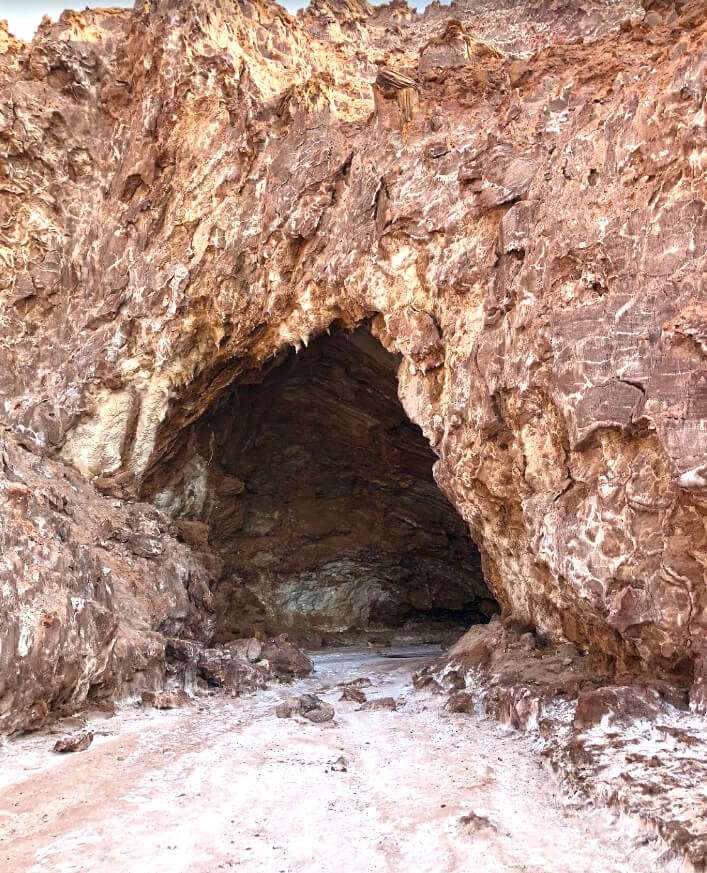 Visiting the longest salt cave of the world in Qeshm Island.

Photos of the Namakdan Salt Dome and Salt Cave 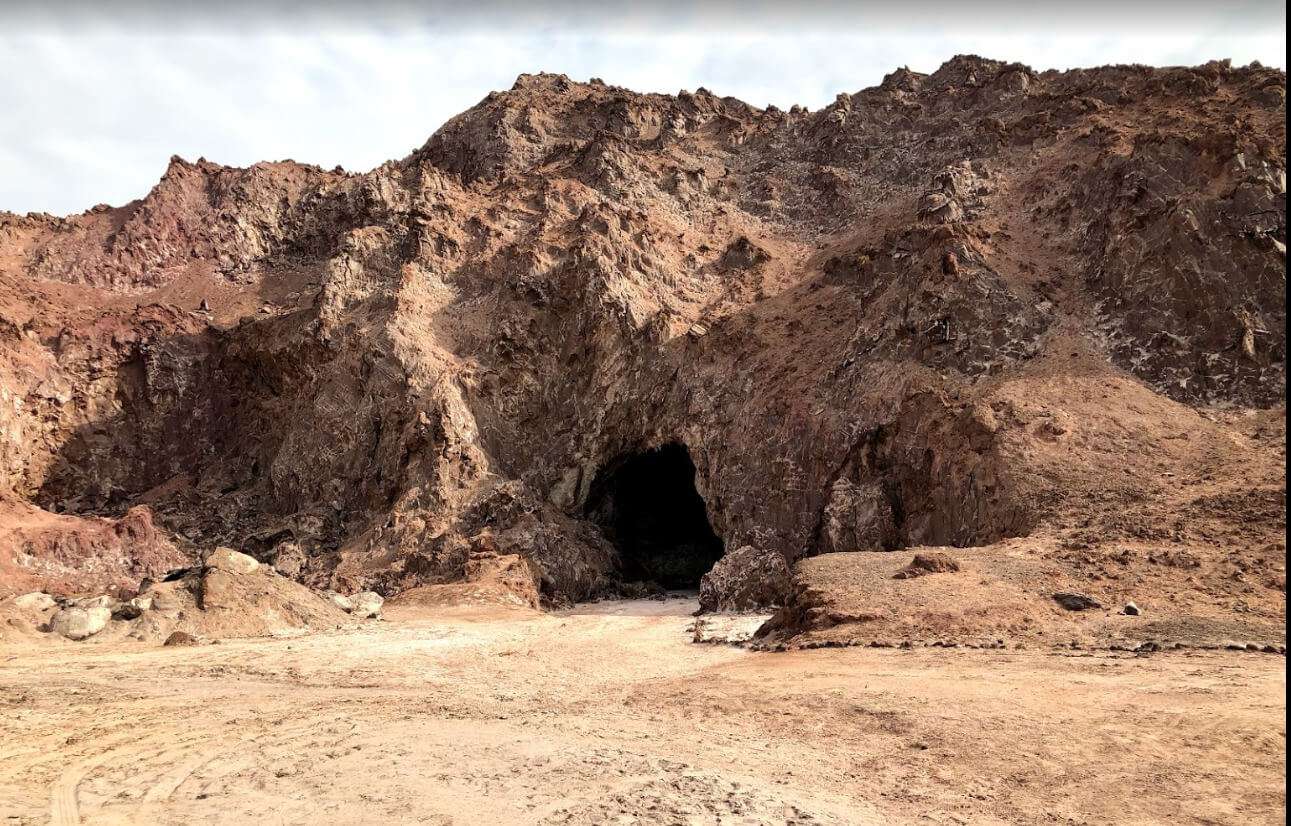 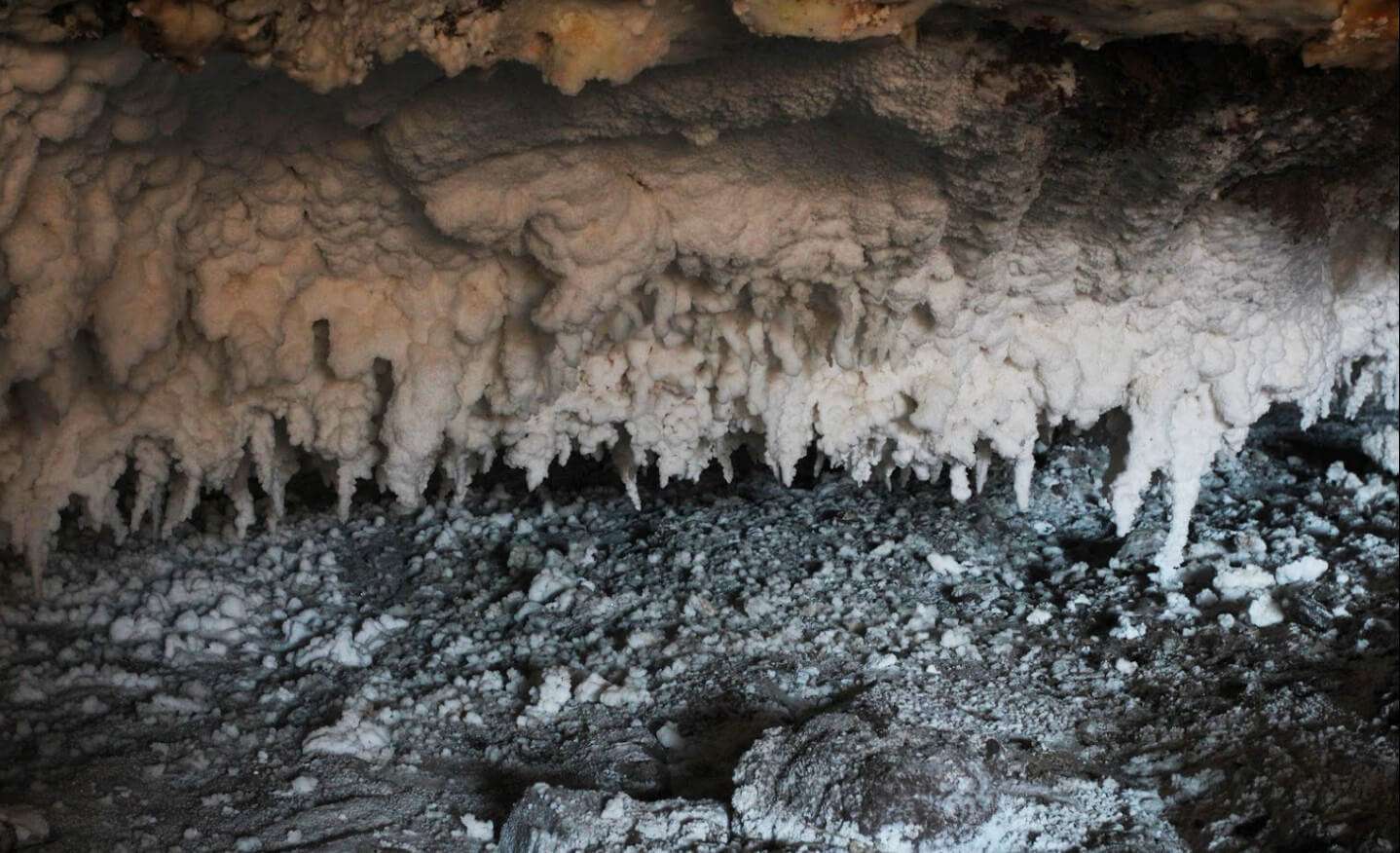 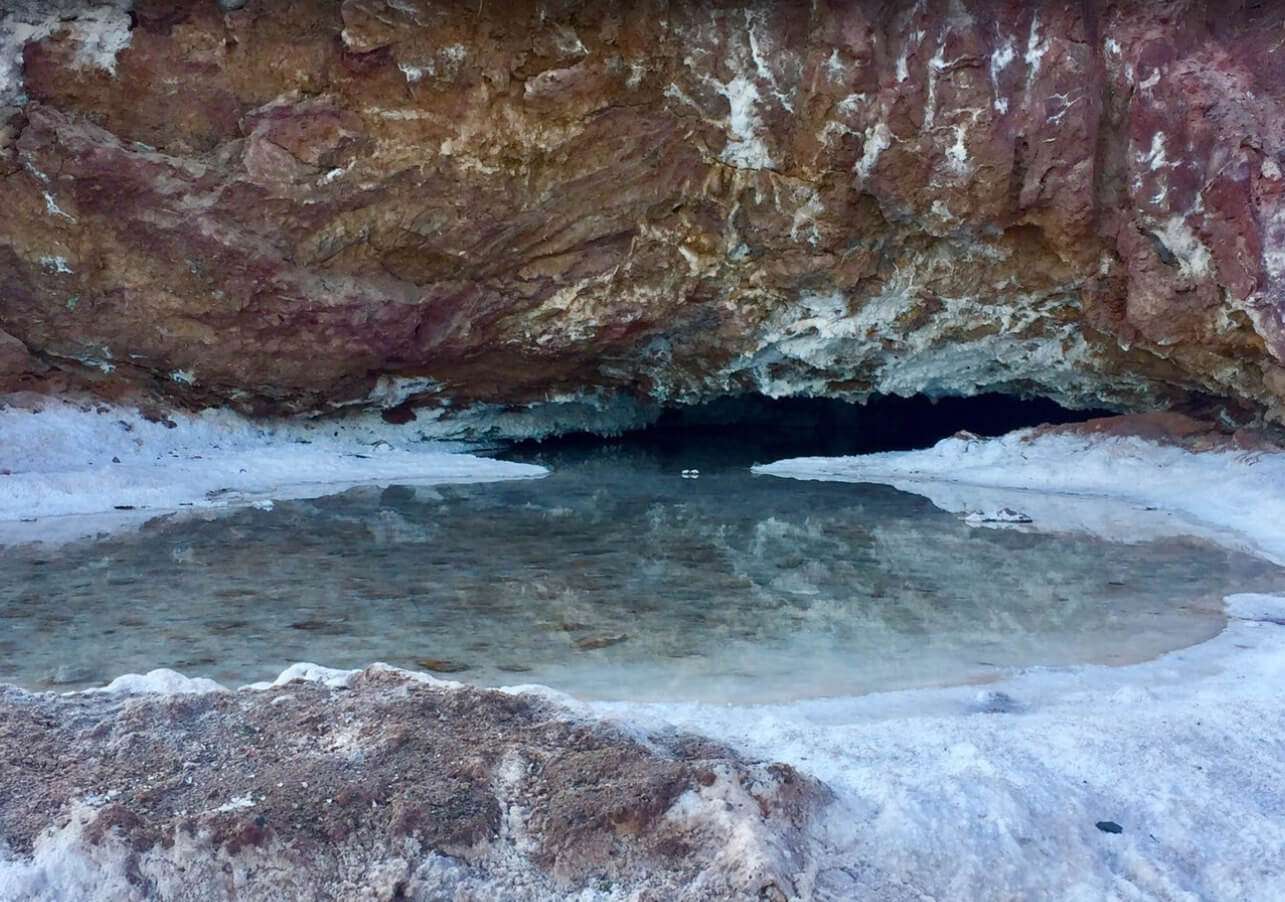 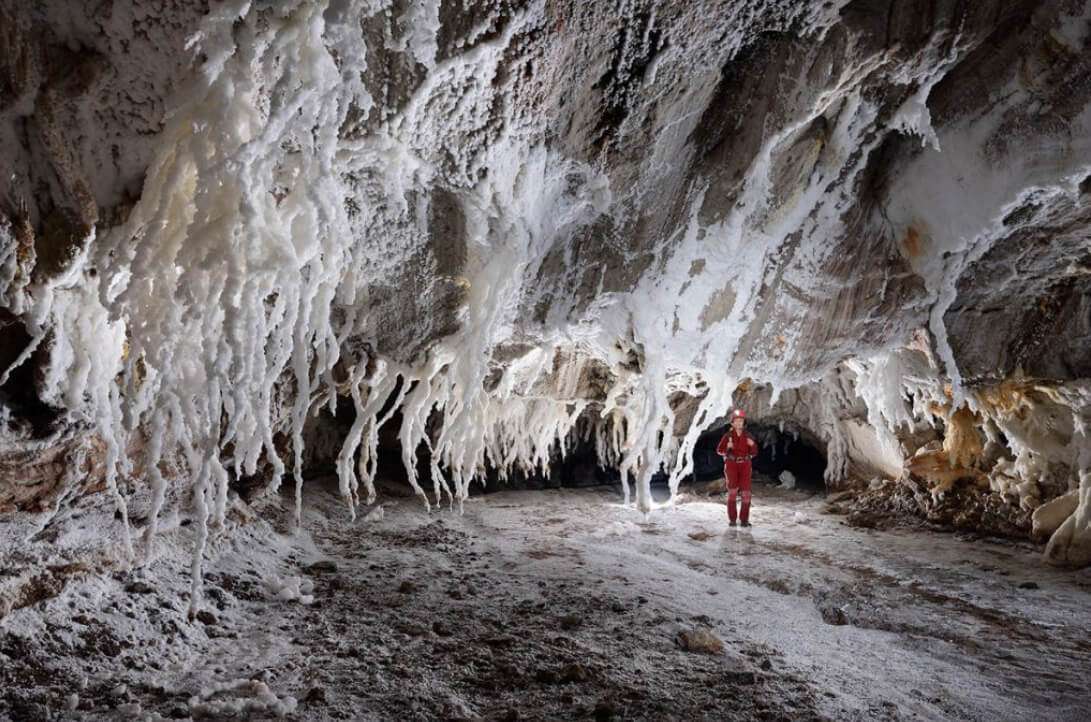 One of the spectacular attractions in Qeshm Island is Namakdan Salt Dome and Salt Cave which are considered among the seven wonders of the Persian Gulf. Namakdan Salt Dome is located 90 km away from the city of Qeshm, on the southwestern coast of the Qeshm Geopark and is 237 meters above sea level.
Namakdan Salt Dome is the result of natural activities in which,  huge salt masses move toward the surface of the earth due to their lighter weight in comparison with the weight of their surrounding structures and then jog out of the openings or weak points on the surface of the earth as salt domes. As rainwater gradually penetrates the salt domes through their crevices, it dissolves the salt and enters the dome forming different geological structures like salt falls, salt springs, and salt caves. In the southern part of the Namakdan Salt Dome, there are a number of salt caves, with their average height reaching up to 20 meters. According to the excavations made, Namakdan salt cave number 3 is now considered as the longest salt cave in the world with a length of 6400 meters and 570 million years of age, dating back to the Cambrian era.
The overall shape of the Qeshm Salt Cave is a curved bow and its entrance wall is covered by colorful strips of salt and various layers of minerals such as hematite and oligist. In addition, in some areas where water has found its way to the ground, some beautiful ponds have been formed with salt crystals. These are indeed the gift from the depth of the earth brought to the surface through the rise of the Salt dome.
Magical stalactites and stalagmites, as well as salt crystals (such as needle-shaped, round, or multi-facet) formed by sedimentation of salt, are visible from the first twist of the cave, which gradually increase as one move toward the end of the cave. From the halfway to the end of the cave, salt crystals carpet the floor, forming salt streams which offer a magnificent view to the visitors.

The permanent underground flow of water and salt opens its way out of this cave into a natural white pond with a depth of 1 meter which serves as a salt spring. This stream flows permanently throughout the year and has medical properties for the treatment of many diseases, including asthma and respiratory distress. Sometimes the snowy- like salt water acts as a mirror reflecting the beautiful image of the cave and creates a magical scene of the surrounding area.

• When to go
- The best time to visit the cave is in early spring and summer when there is no heavy rain, since there is a risk of flash floods which may erode the fragile salt structures.
• Precautions
- Although the cave is 6500 meters long, only its first 100 meters is safe for the explorers and only the first 20 meters of the cave is visible without using flashlights.
- While visiting the Namakdan Salt Cave, one has to be very cautious not to fall into holes formed by dissolution of lower layers of salt, at times hidden by a thin cover of the remaining salt. So it is advised to use a tour guide to explore the cave.
- Visiting the cave is not recommended for those with heart disease, blood pressure or sensitive skin.
• Equipment
- In order to proceed deeper into the cave, one needs technical cave and rock climbing equipment and also some experience in caving.
• Fun Facts
- The salt in the cave is also edible and it is possible to taste it for its medical quality.