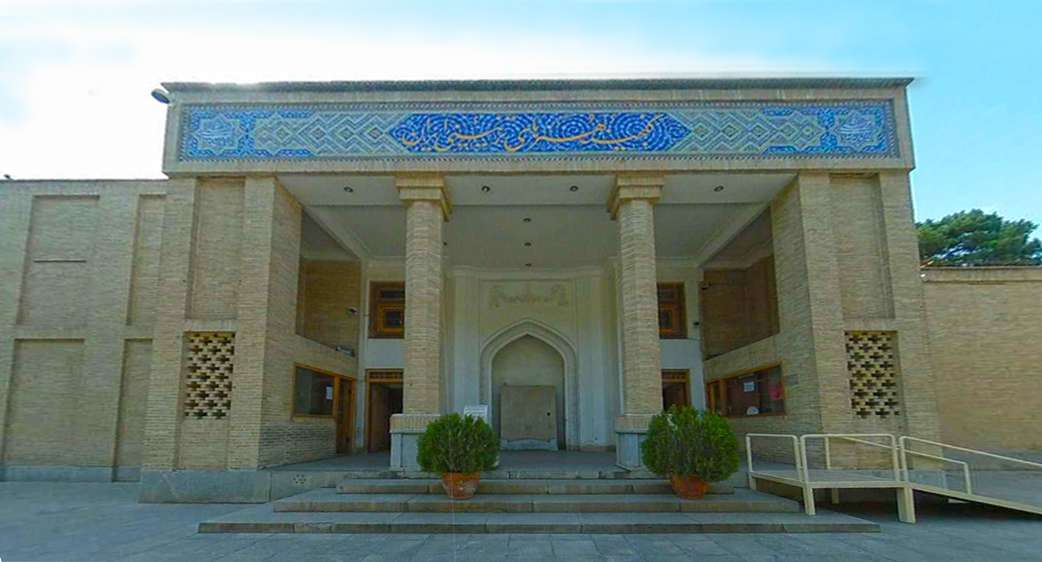 Visiting the Safavid building of Rakib Khaneh in Ostandari Street, which is home to the National Museum of Decorative Arts.

Photos of the Isfahan Museum of Decorative Arts 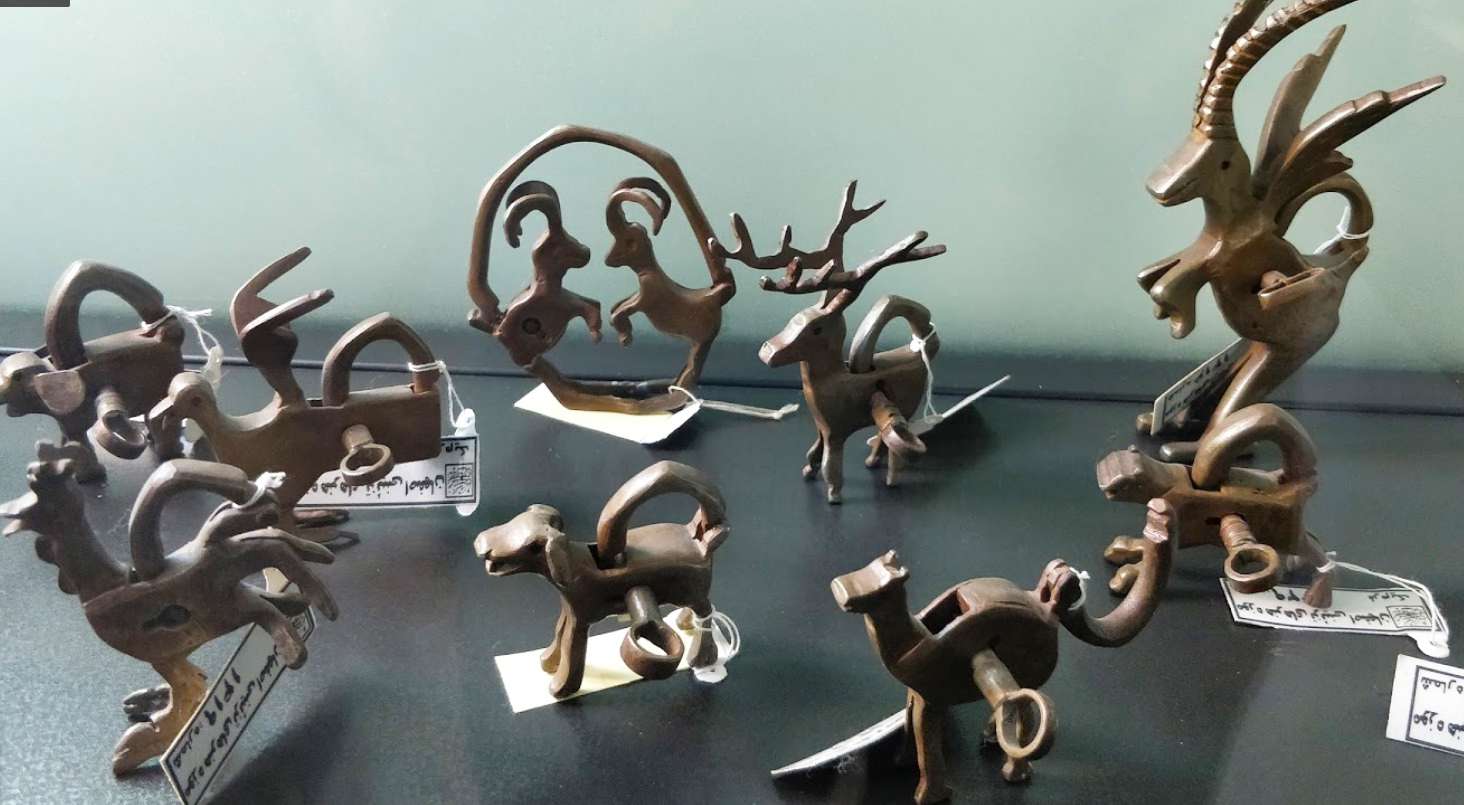 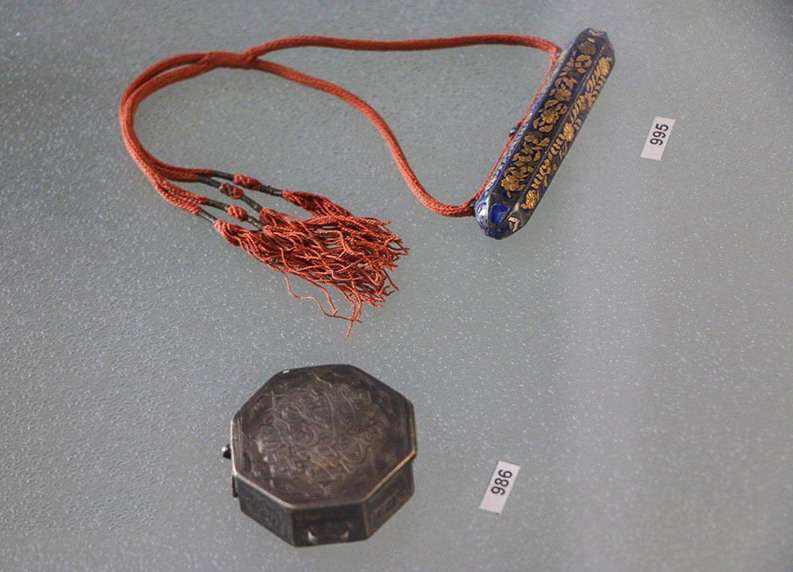 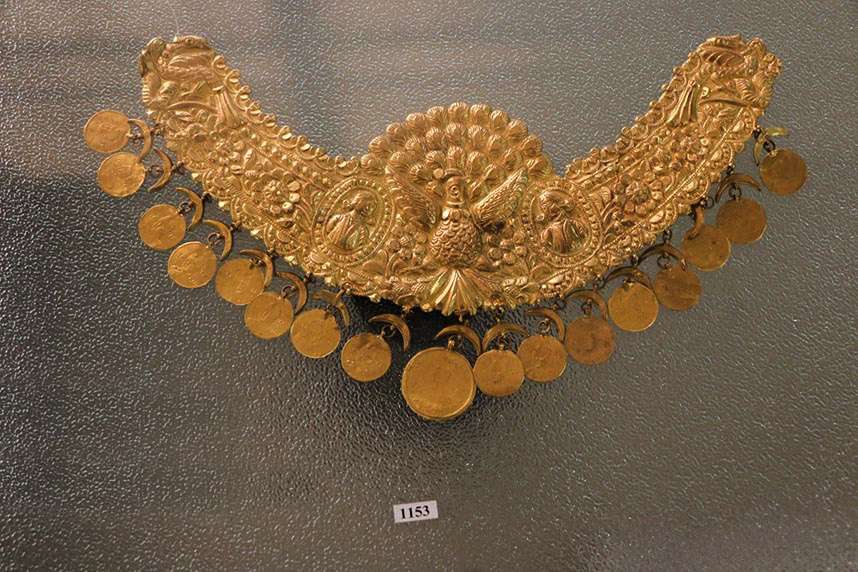 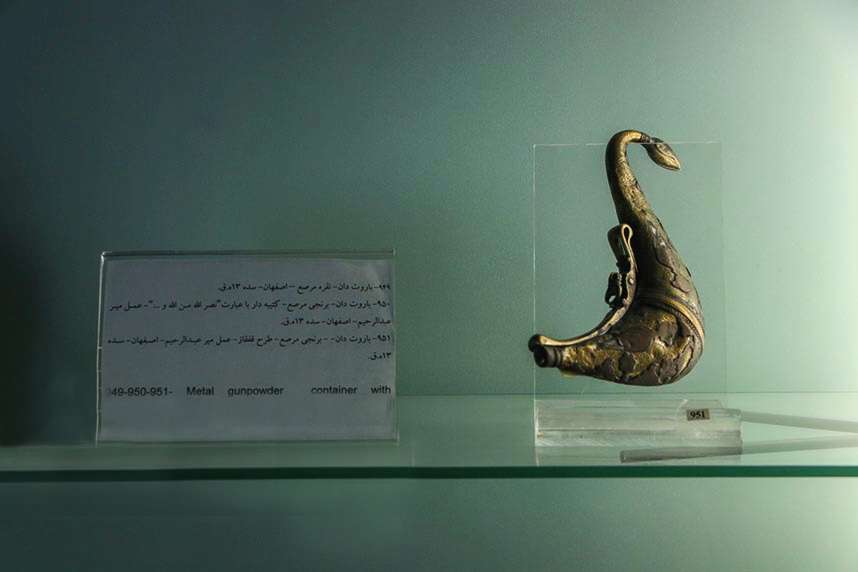 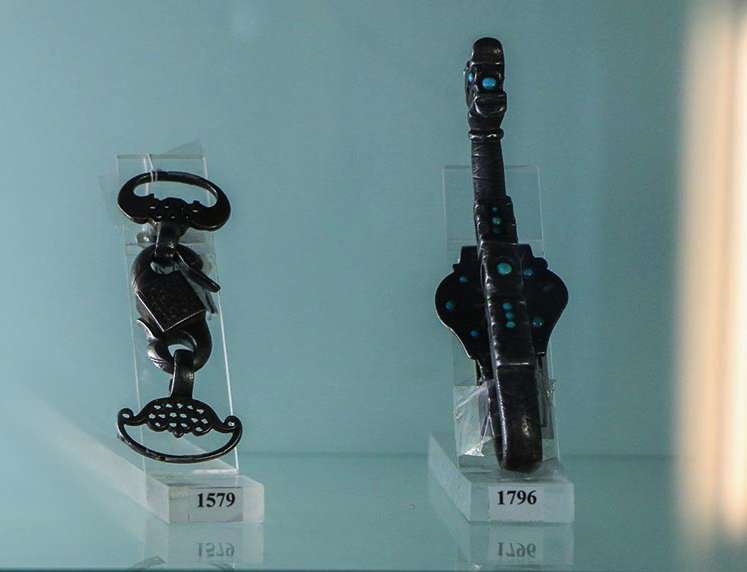 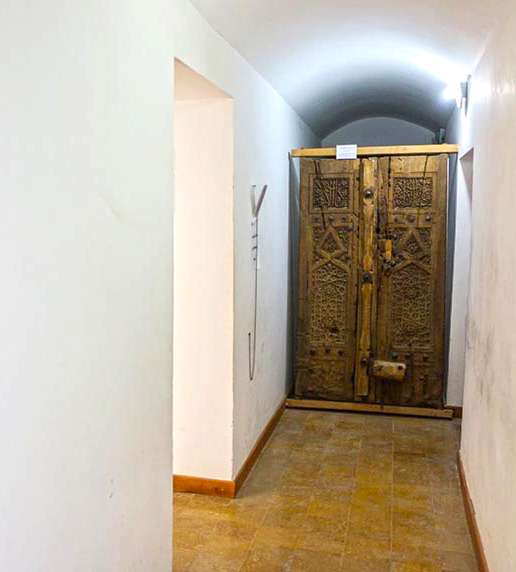 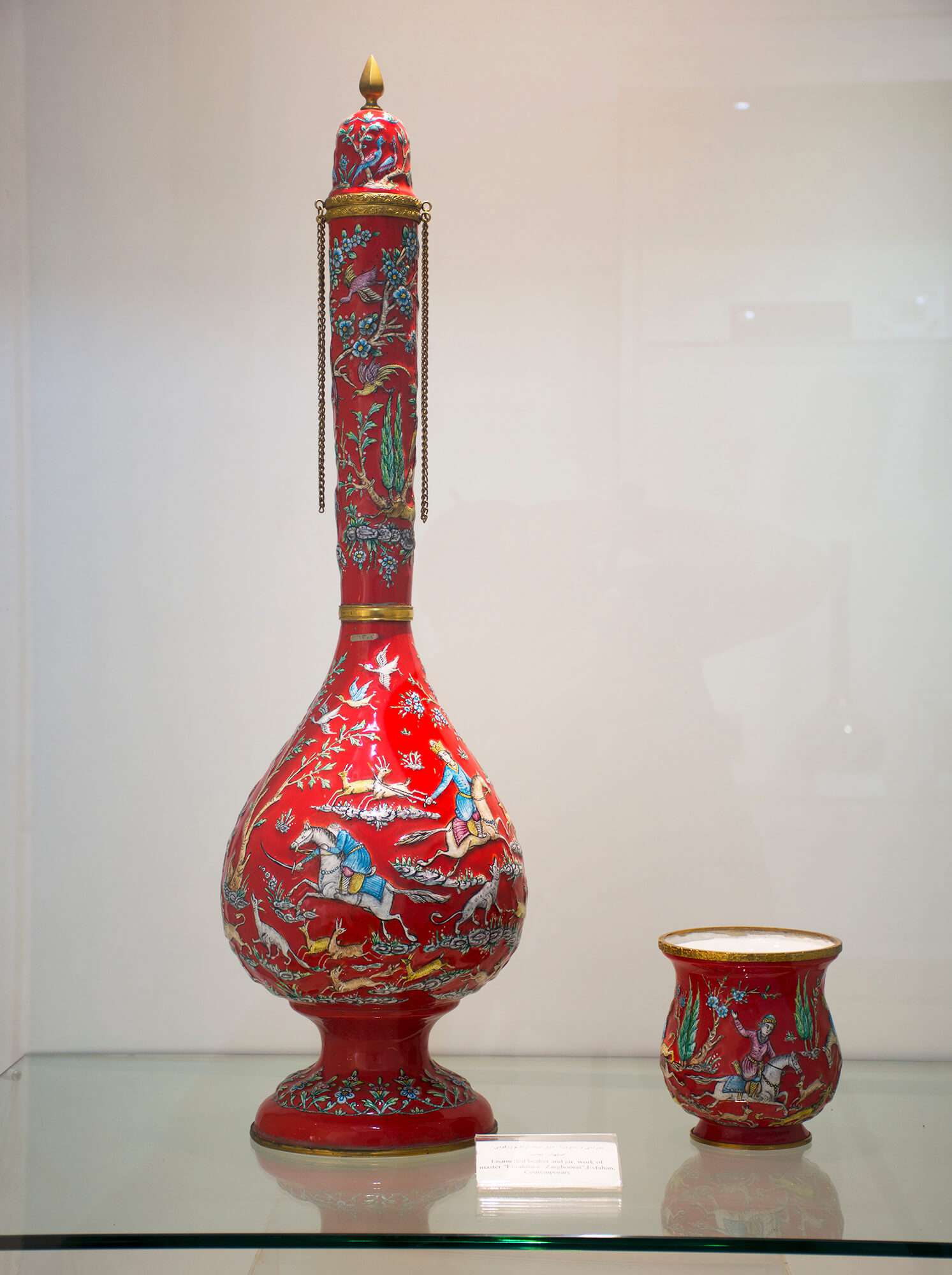 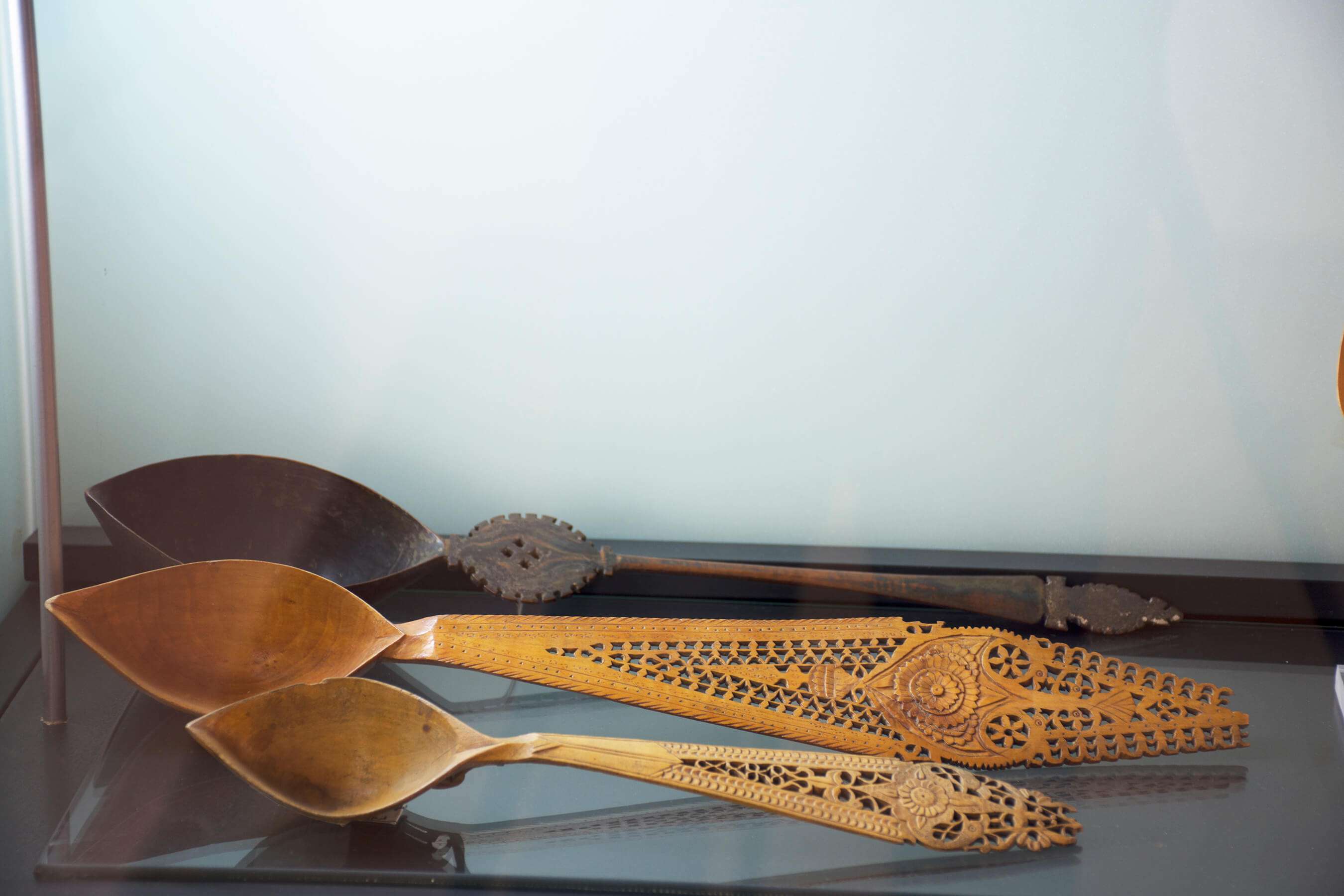 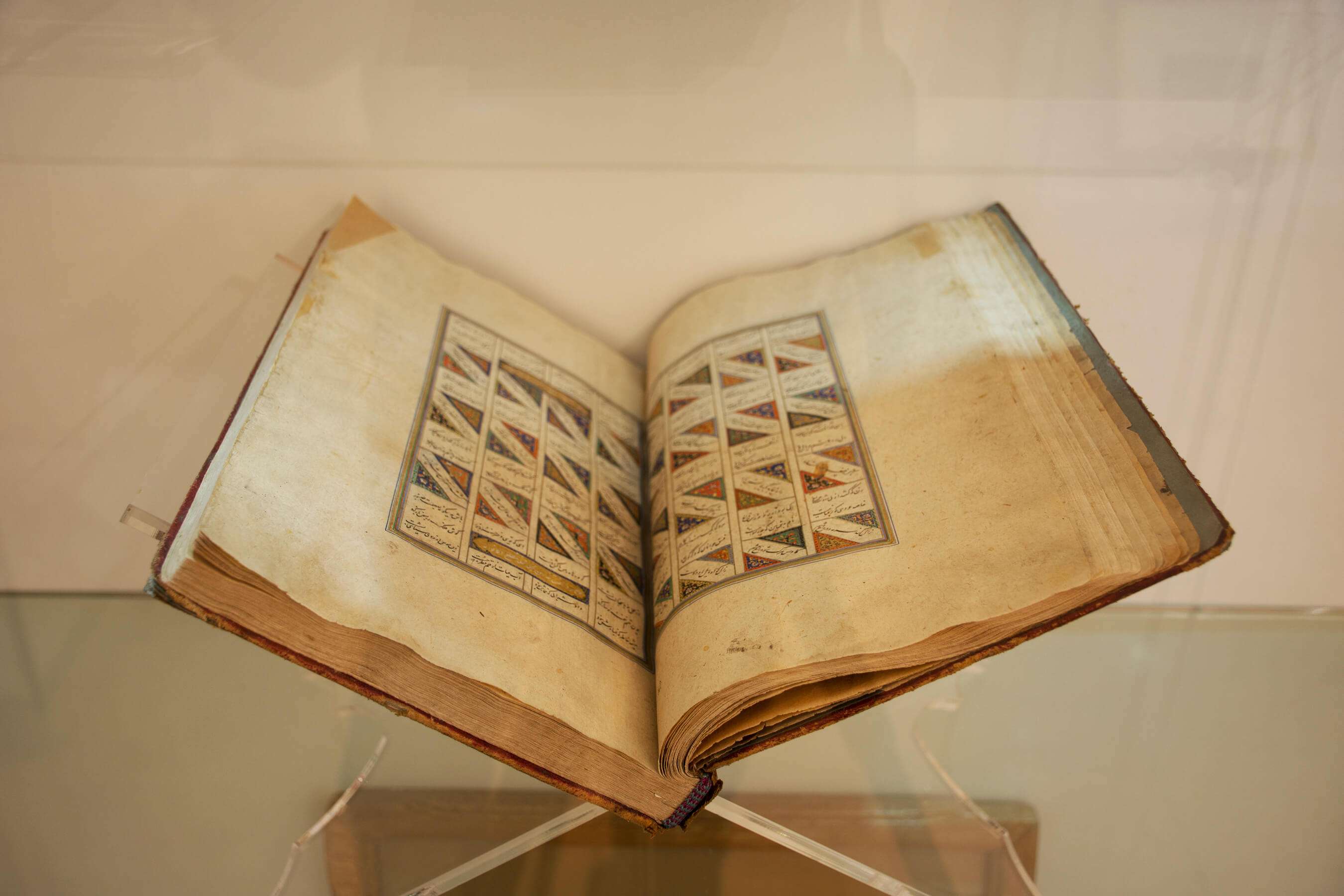 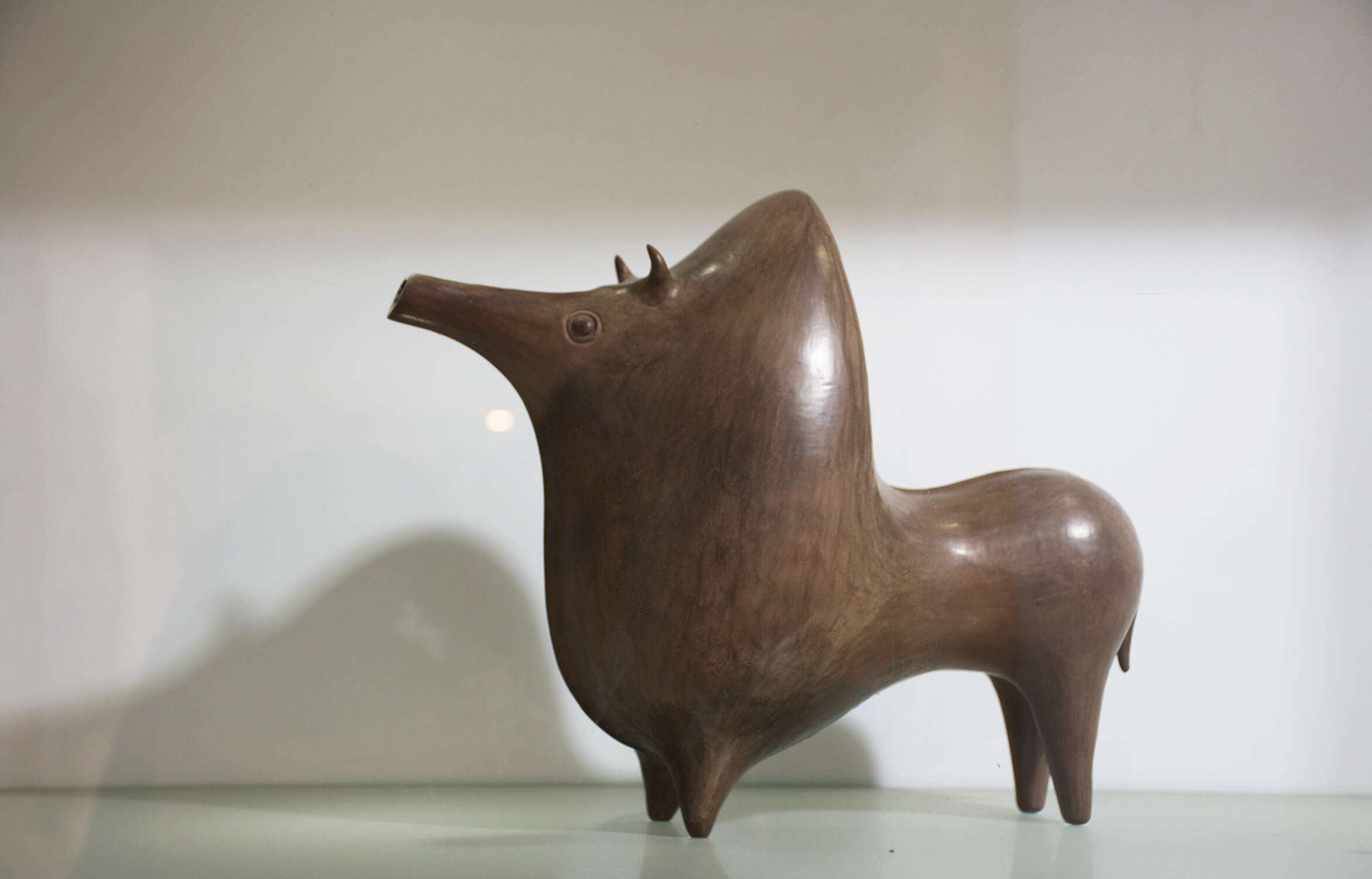 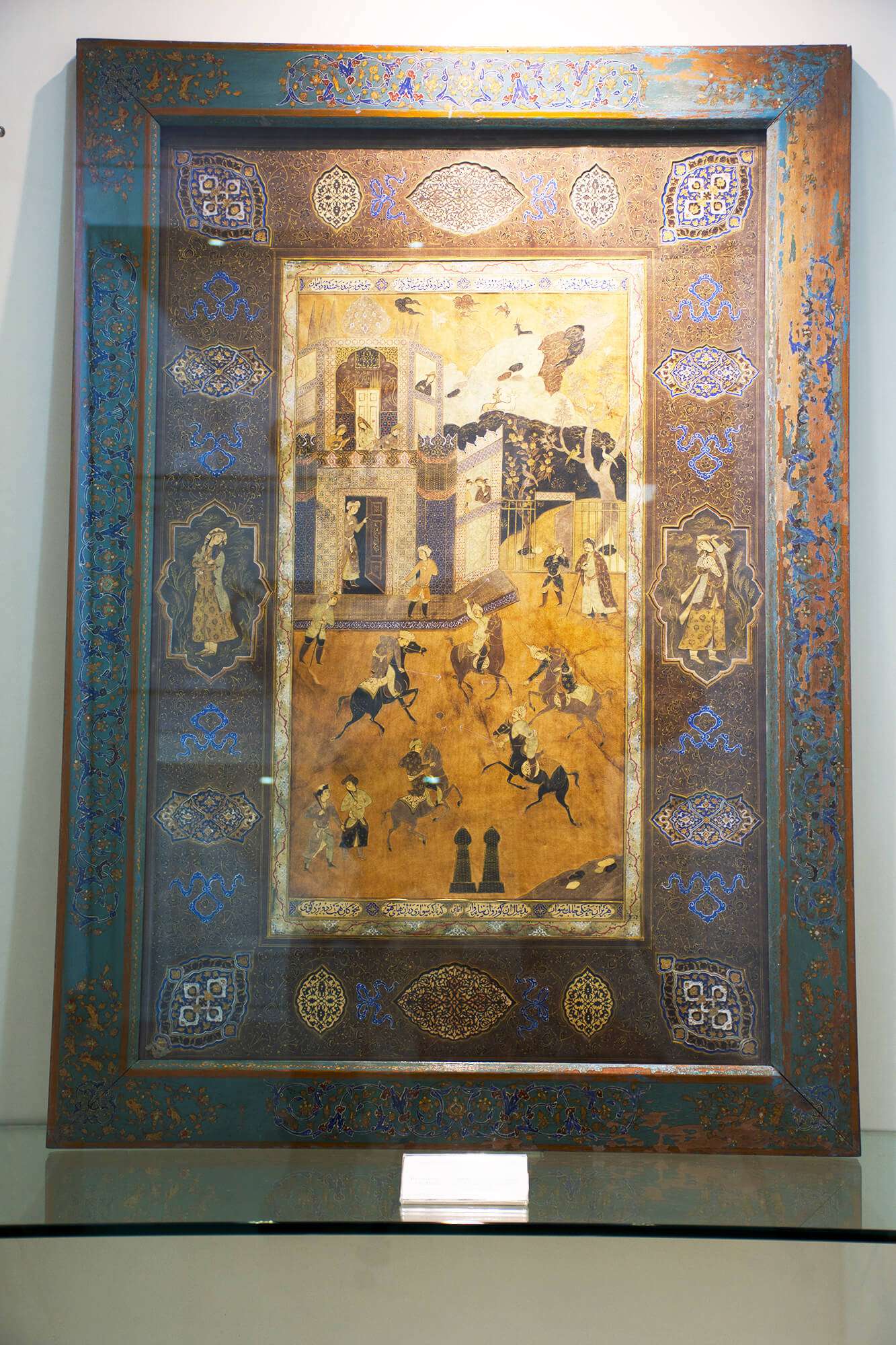 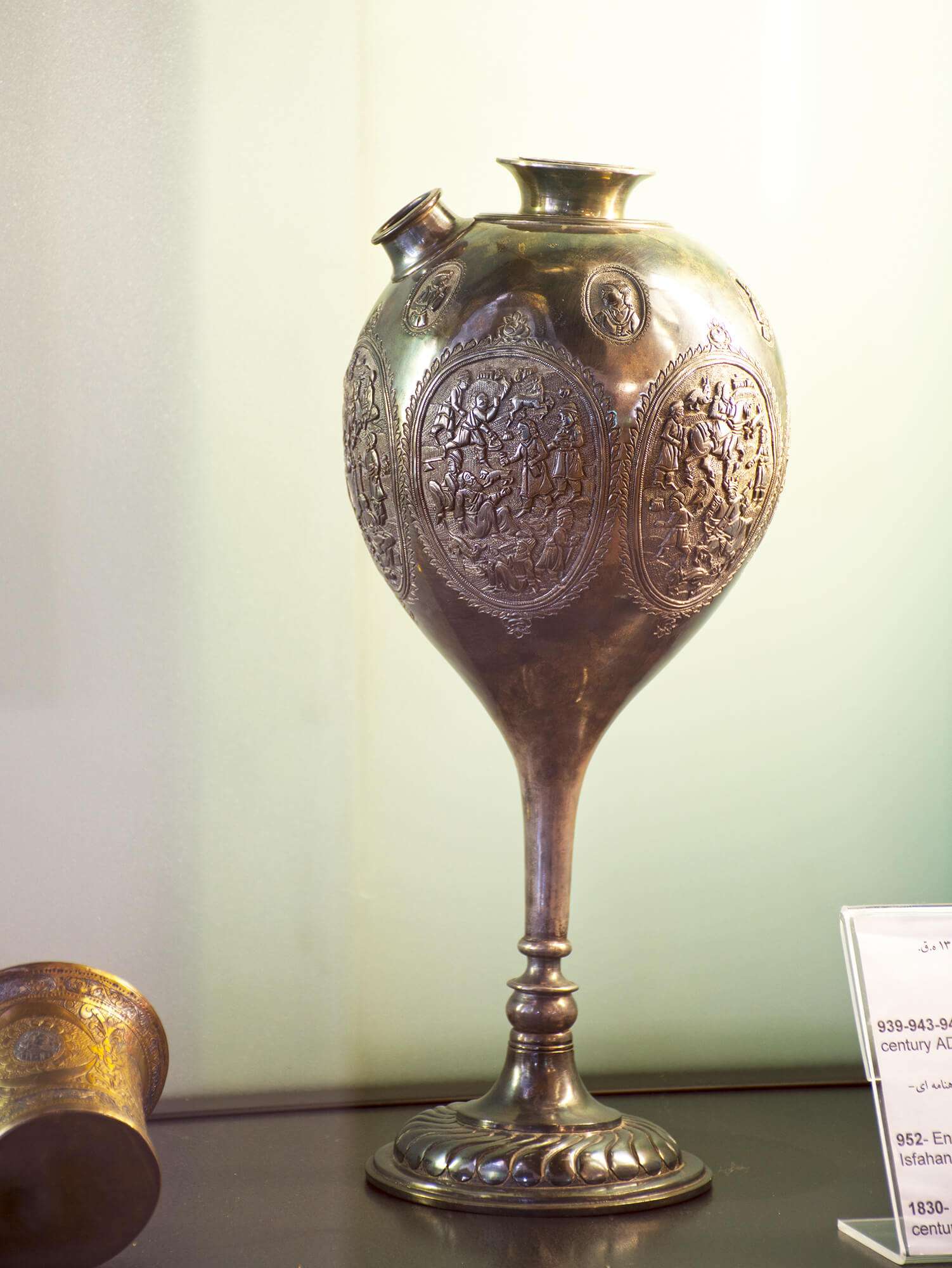 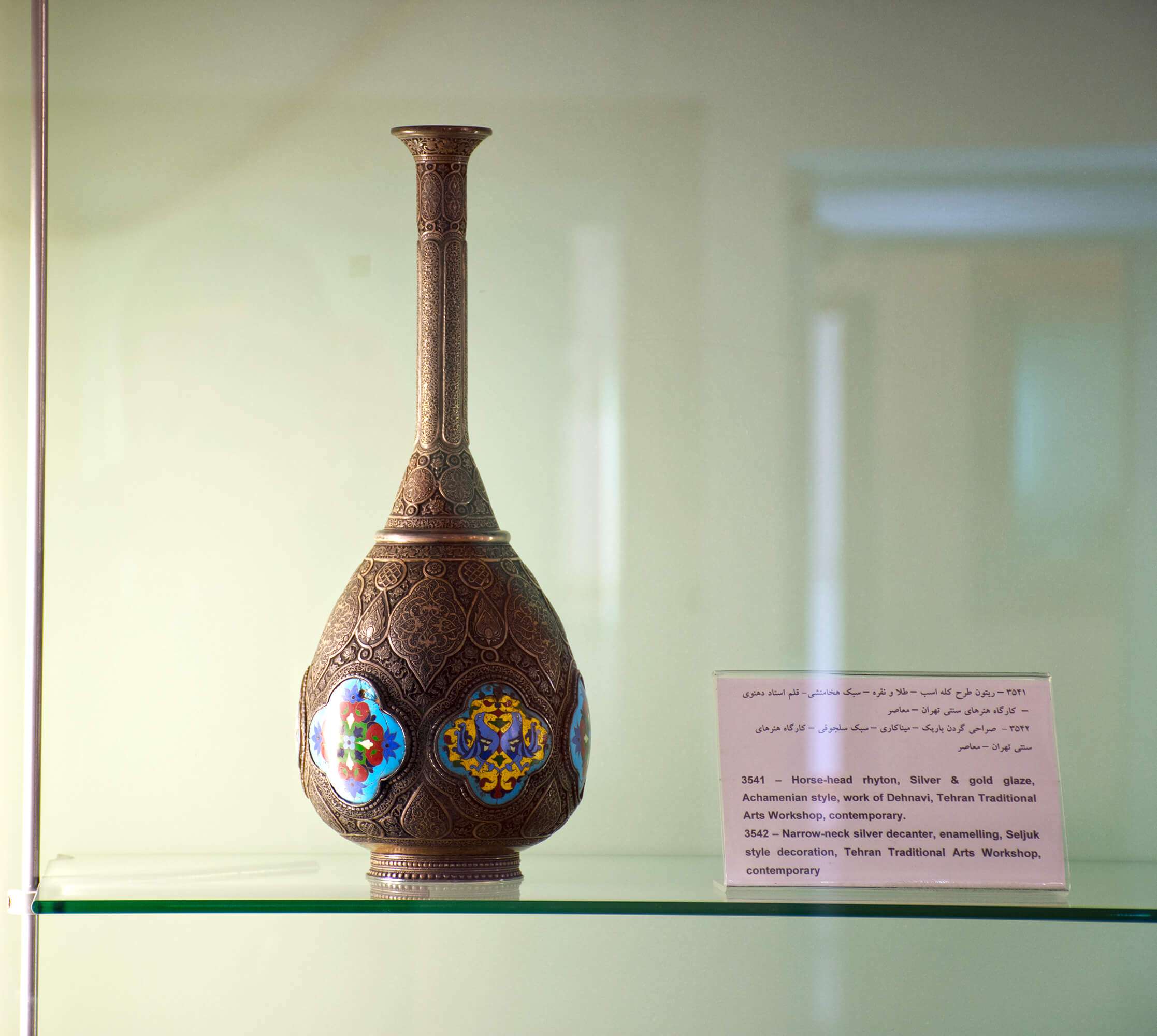 Once known as “Dowlat Khaneh Safavi” (the governmental center in the Safavid era), Ostandari Street of Isfahan features several Safavid and Qajar buildings,  which are nowadays turned into different museums. Opposite to Tohid Khaneh and Ali Qapu Palace, there is a Safavid building which has been home to the treasury of decorative arts since 1995. The building, formerly known as “Rakib Khaneh”, was built during the reign of Shah Abbas the Great (17th century) as a stable and warehouse for royal horse accessories. Later on, in the Qajar era, Zell al-Sultan, the tough ruler of Isfahan used Rakib Khaneh and its flanking building (Jobbeh Khaneh) as his house. He changed the interior decorations to the most part according to his own taste. For example, one of the halls in Jobbeh Khaneh (currently home to Isfahan Museum of Contemporary Arts) was decorated with the horns of animals he had hunted. The French travelers, Flandin and Coste, who visited Iran in the Qajar era, mentioned Rakib Khaneh as “Chahar Bagh Palace”. Years later, it was converted into an administrative building during the Pahlavi period.

The entrance portal on the east side of the building is a brick structure with two columns and topped with a lapis lazuli tiled inscription bearing the title of the museum. Inside, you can see a central rectangular courtyard with a pool in the middle and four flowerbeds on four sides. The main part of Rakib Khaneh is on its northern wing. This wing includes a hall, overlooking the courtyard. The front section of the hall has a flat ceiling. However, the backspace of the monument displays intricate honeycomb plasterwork (muqarnas) on the ceiling with an octagonal skylight in the center. There are two semi-octagonal spaces with a mezzanine on each side. The remains of paintings dating to the Qajar era are visible on the walls. It seems that the backspace of the monument was a separate part integrated into the front section later. The hall and its flanking rooms (gushvar rooms) have large wooden sash windows (Orosi).

The southern part is similar to its northern counterpart. It has a central hall with a vaulted alcove and painted muqarnas decorations. The walls and ceilings in this part feature gilded paintings.

The western wing consists of a two-storey hall in the center and four two-storied rooms on each side. The interior spaces boast Qajarid paintings with floral and gol-o-morgh motifs.

In the eastern side, there are also spaces like those of the western part. The central high ceiling hall displays a semi-octagonal alcove with splendid mirrorwork and pained vaults.

On the north-west corner, there is an octagonal brick tower located between Rakib Khaneh and Jobbeh Khaneh. Being the most focused part of the building, it is built by Seyf al-Dowleh, son of Fath Ali Shah (the second Qajar King reigned from 1797 to 1834), as a spot for the royal family and foreign guests to view the royal palaces and Naqsh-e Jahan Square. It is a five-storey tower featuring lattice wooden doors and windows on each façade. On the ground level, there is an octagonal marble pool. As the first to the fourth levels are not roofed, so one can see the pool from the top. The third and fourth levels once had painted walls which were covered with plaster later. The plaster layer is now removed and the paintings are restored. Once, the tower was topped with two extra smaller stories. These stories are now destroyed.

Displaying more than 3000 items in 7 galleries, the museum of decorative arts is the only national museum in Isfahan. The 7 collections include 1) the collection of manuscripts (with old Qurans and other religious books scripted and painted by great calligraphers and painters); 2) the collection of lacquered items (including pen boxes, mirror frames, and writing accessories with lacquered covers from the 19th century); 3) a collection of miniature paintings (with miniature paintings from Herat, Tabriz and Isfahan schools featuring different portraits or scenes, for example, the precious work of Chogan (polo) painted by Master Haj Mirza Aqa Emami Esfahani, and the other work by Zeyn al-Abedin Mazhab Tabrizi which is painted in 1599 and dedicated to Shah Abbas the Great.); 4) collections of woodwork (including the exquisite inlaid, marquetry, curved and lattice items from mirror frames to Quran stands and different kinds of spoons); 5) collections of metalwork (displaying metal works including gold and silver jewelries and accessories such as buckle belts, locks, powder flasks, daggers and so on); 6) collections of hand-woven fabrics (featuring unparalleled hand-woven textiles from Qajar era); 7) glassware collection (including delicate vessels for instance glass wares from the 9th to 12th centuries); and a library with more than 1500 art books.

Museum of Decorative Arts is closed on Fridays and National holidays (only religious mourning days). It is open from 8:00 AM to 1:00 PM (from Saturday to Wednesday), and 8:00 AM to 12:00 PM on Thursdays
The museum usually hosts temporary art exhibitions, events, conferences and panels
Visitors are not permitted to enter the tower.