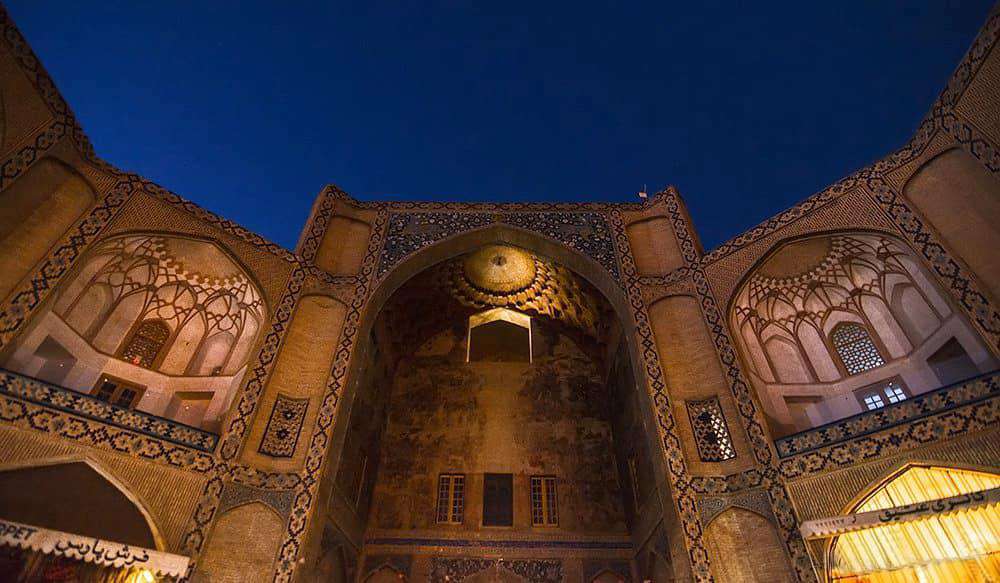 Watching the beautifully painted portal of the grand bazaar on the north side of Naqsh-e Jahan square.

Photos of the Qeysarie Gate (Portal) 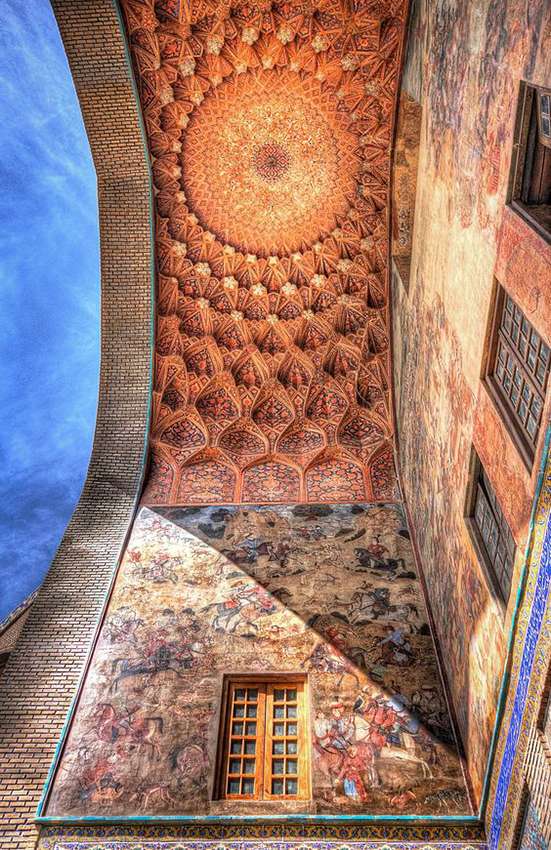 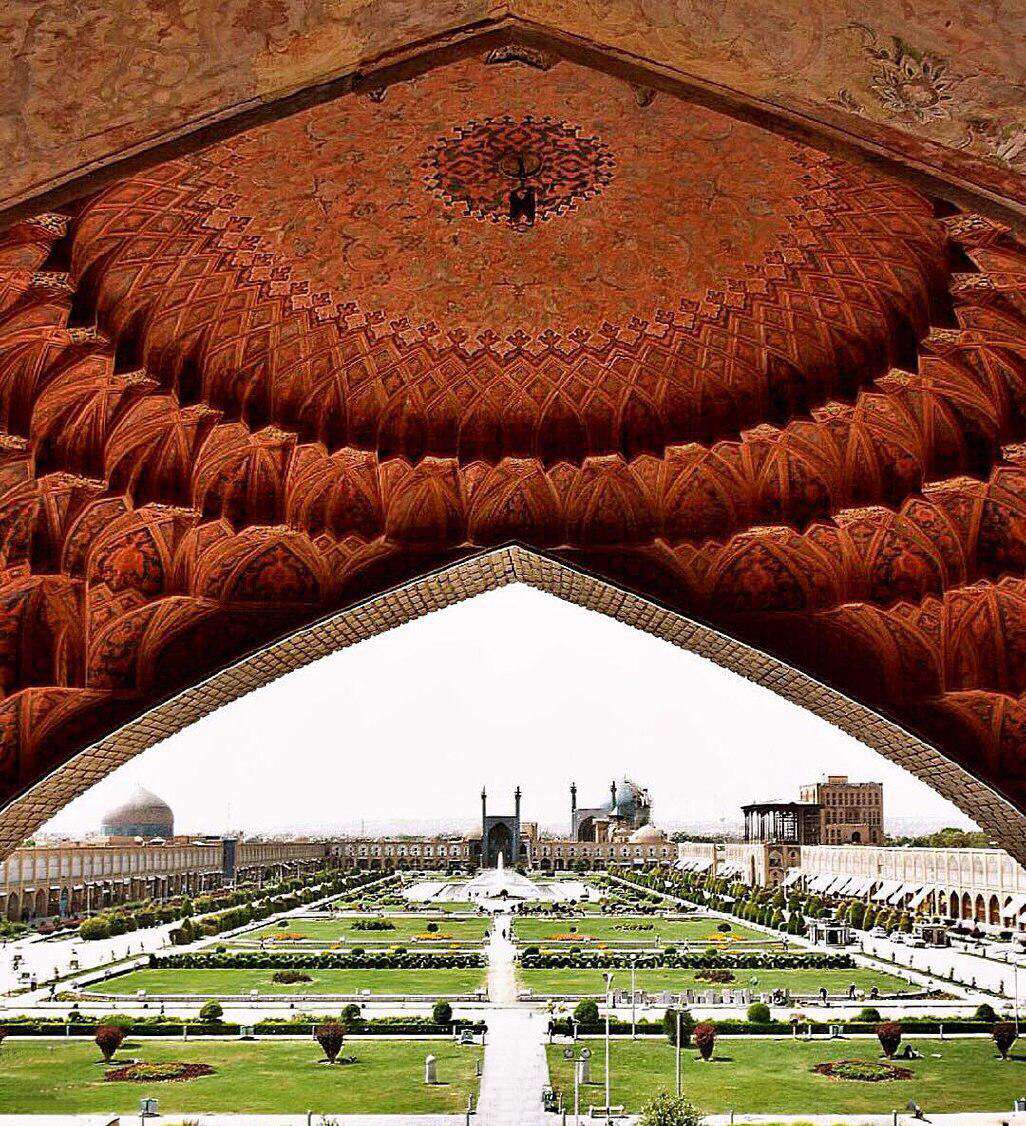 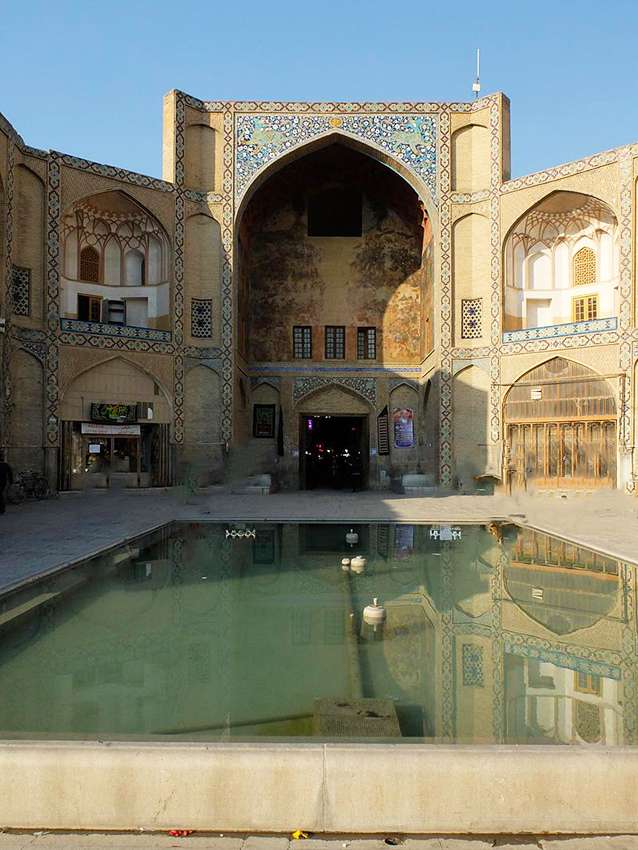 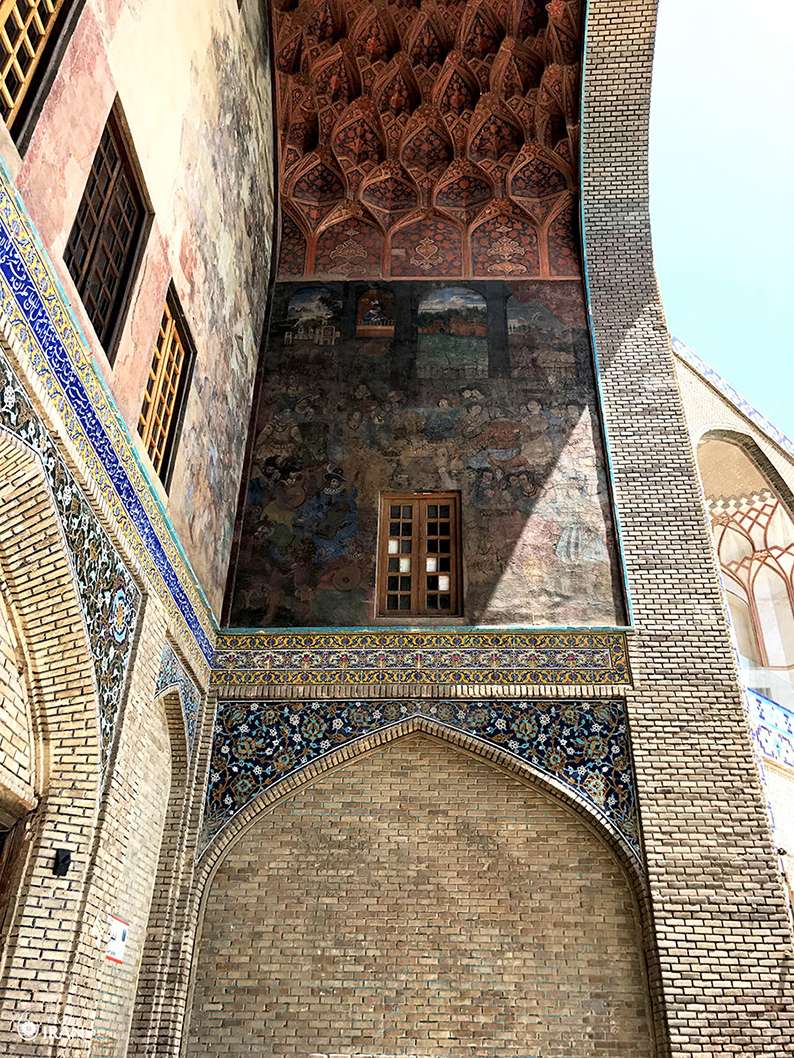 The grand bazaars in Iran, like the ones in Qazvin, Kerman, and Shiraz encompass grand gateways. As generally the merchants, rich crafters, and tradesmen own shops (hojreh), the gateways were lavishly decorated compared to other parts of the bazaar. Located on the north of the square, the exquisite Qeysarieh gateway of Isfahan was built in the command of Shah Abbas I, by the great architect of Isfahan, Ali Akbar Esfahani. According to the author of Qesas-al-Khaghani, the construction of bazaar was finished around 1605 and the portal was completed in 1617. The delicate fading paintings were drawn by Reza Abbasi, the famous Safavid painter. The painting on the left shows the hunting scene of Shah Abbas I, the one in the middle depicts Shah Abbas in the war with Uzbeks and the third painting, on the right, exhibits some European figures residing in the Safavid court. Have a look at the façade and find the symbol of Isfahan, known as Sagittarius, the ninth month of ancient cosmology which is regarded as the patron of trade. It is the tiger’s body, human’s head and dragon’s tail.  On the upper side, a big clock, brought from the Portuguese fortress in Hormoz, used to be installed here. Naqar-e-khaneh, (Timpani house) a place to keep musical instruments for public announcements, was placed above the paintings insides until 1889. The people were called by drums, horns, and Persian trumpets (Karna) in sunsets, sunrises, and national gatherings. It is cited in an inscription placed between the Qajarid and Safavid tiles that the renovation was undertaken in 1840 in Naser-din-Shah’s era.

Have a seat on the jade benches on the sides which is now a place for retailers and observe the local life, and the magnificent view at the same time. The pool in front of you was renovated based on the original Safavid plan.

Visit the paintings of the upper walls during daylight for the best exploration of the details.