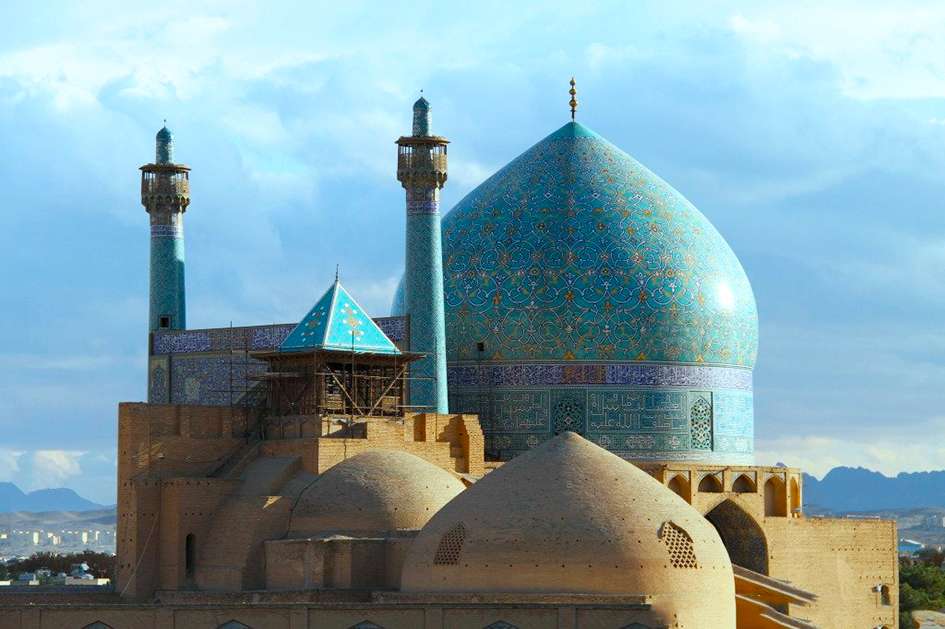 Exploring the Royal Mosque (also known as Imam mosque) in the iconic square of Naqsh-e Jahan;

Visiting the Safavid mosque (about 388-year-old) erected in the south of the square, graced with splendid tile works. 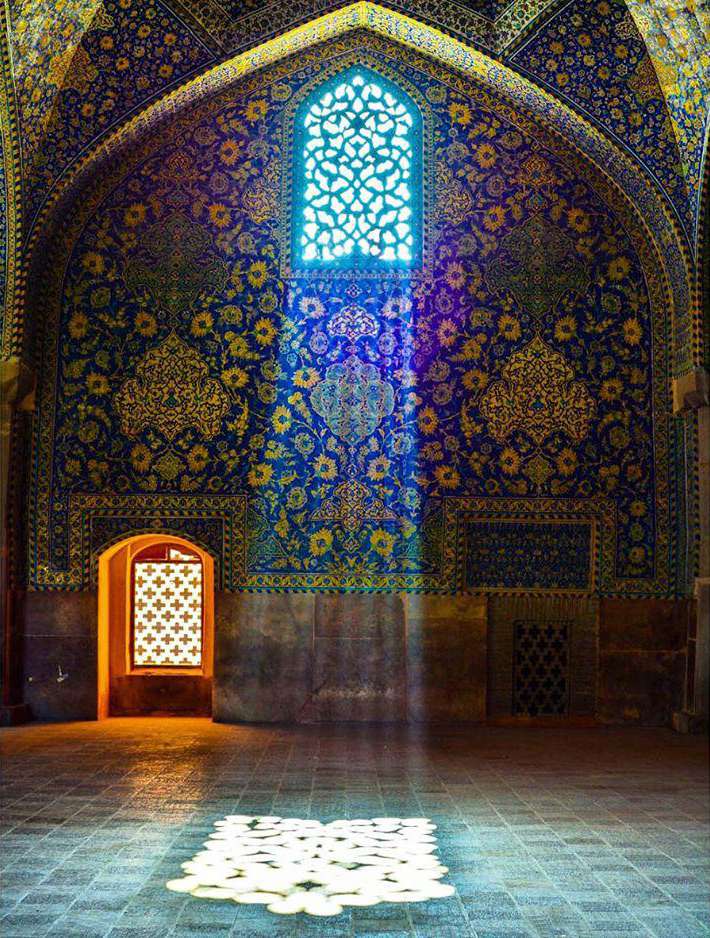 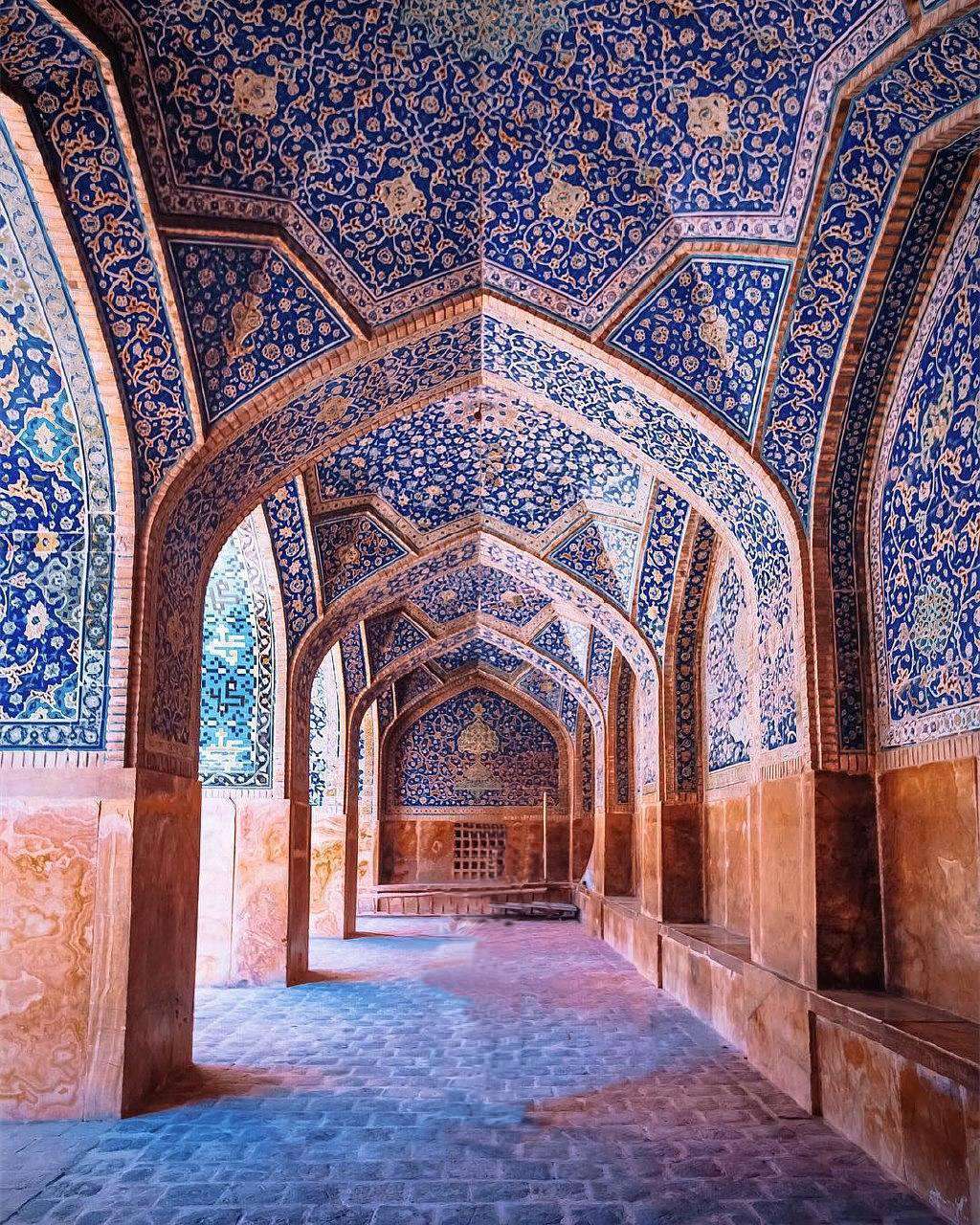 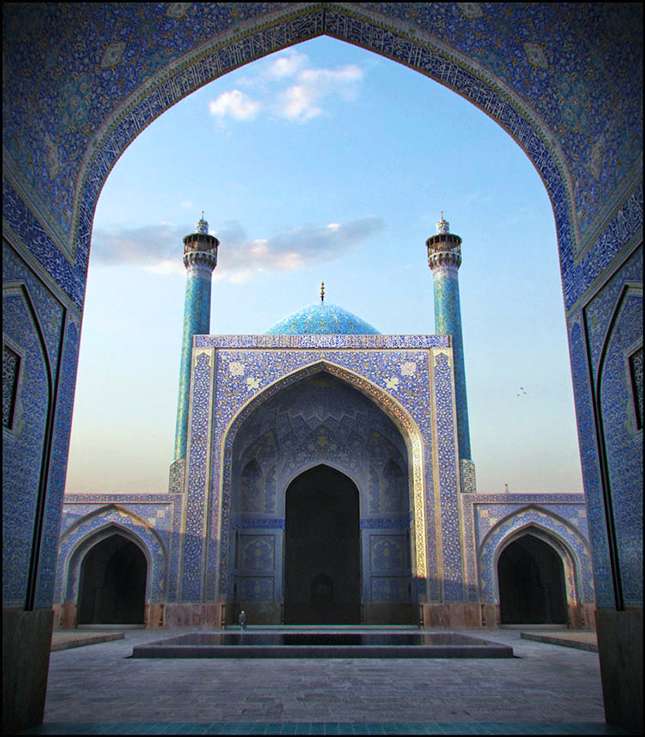 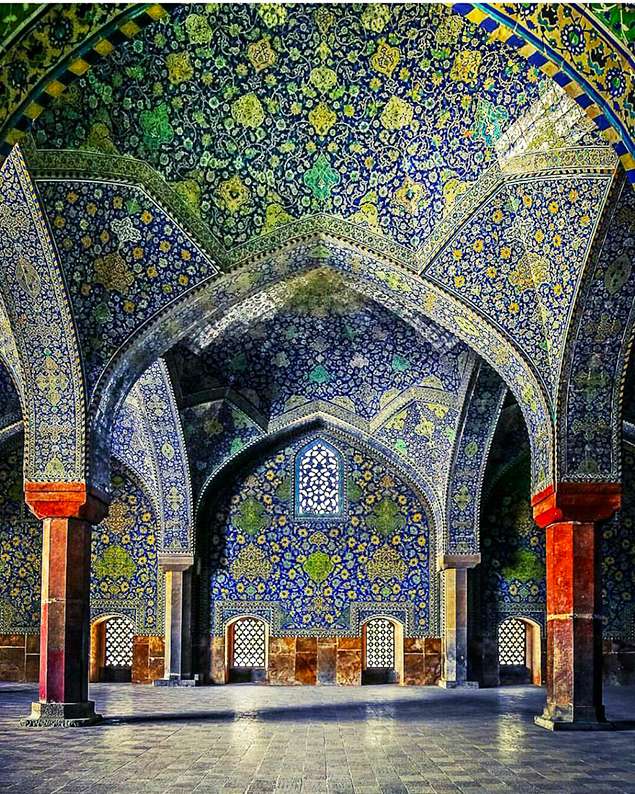 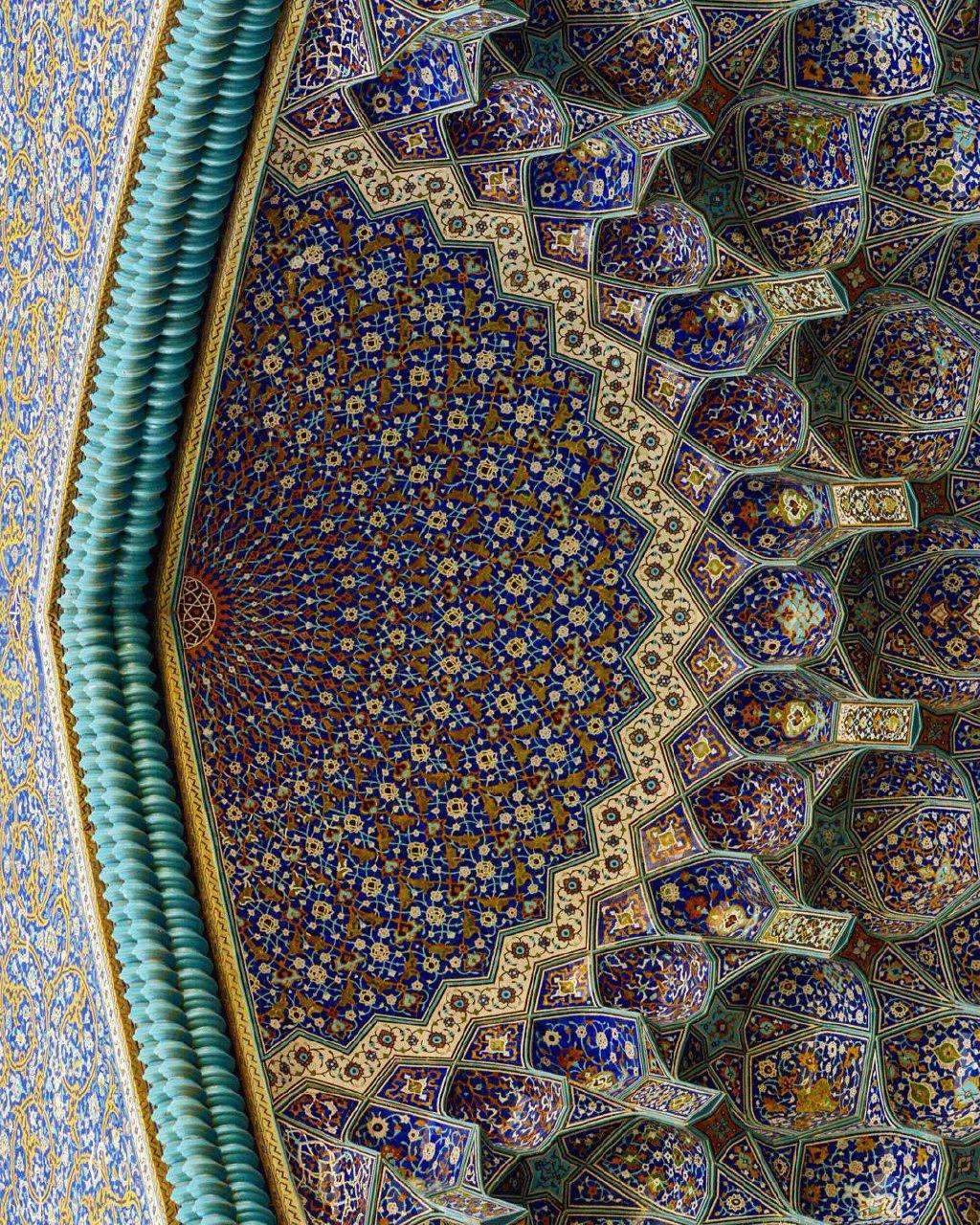 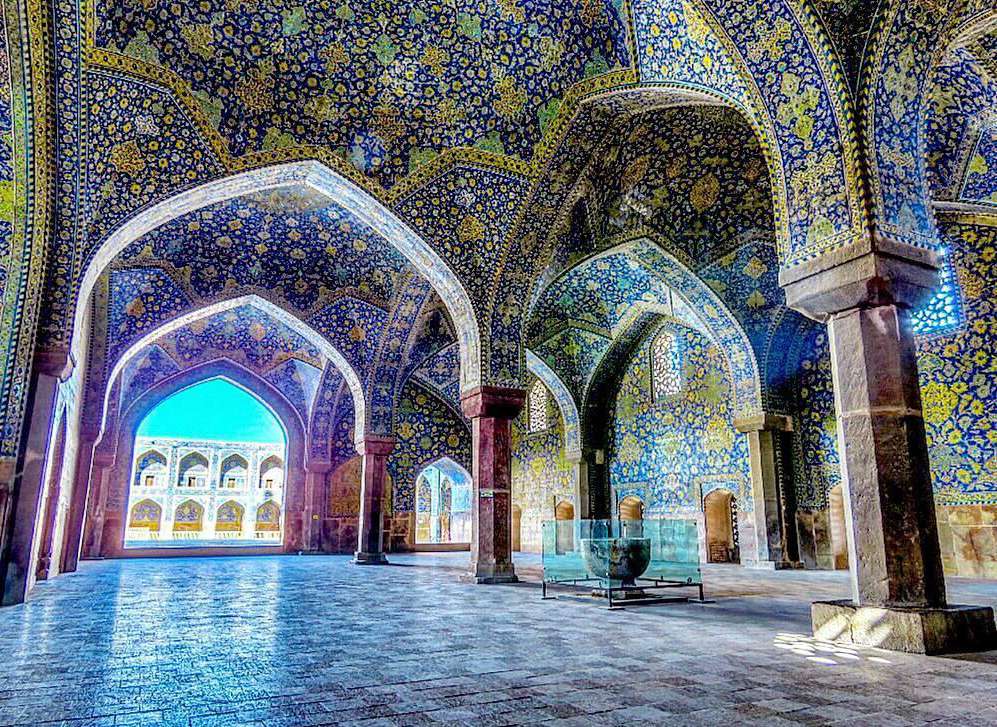 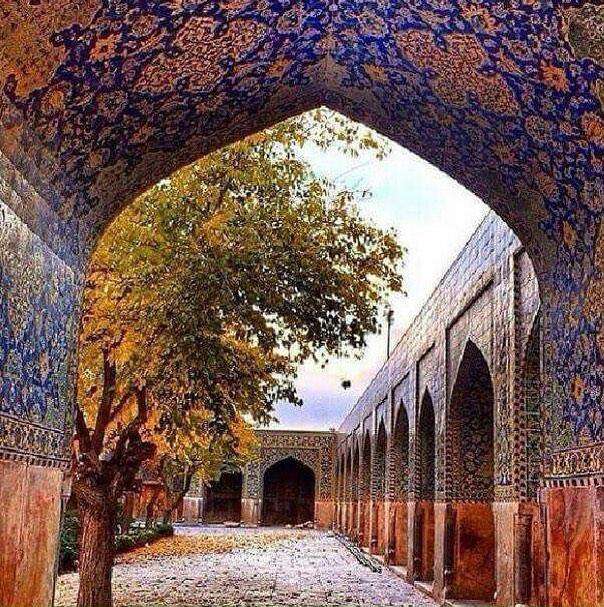 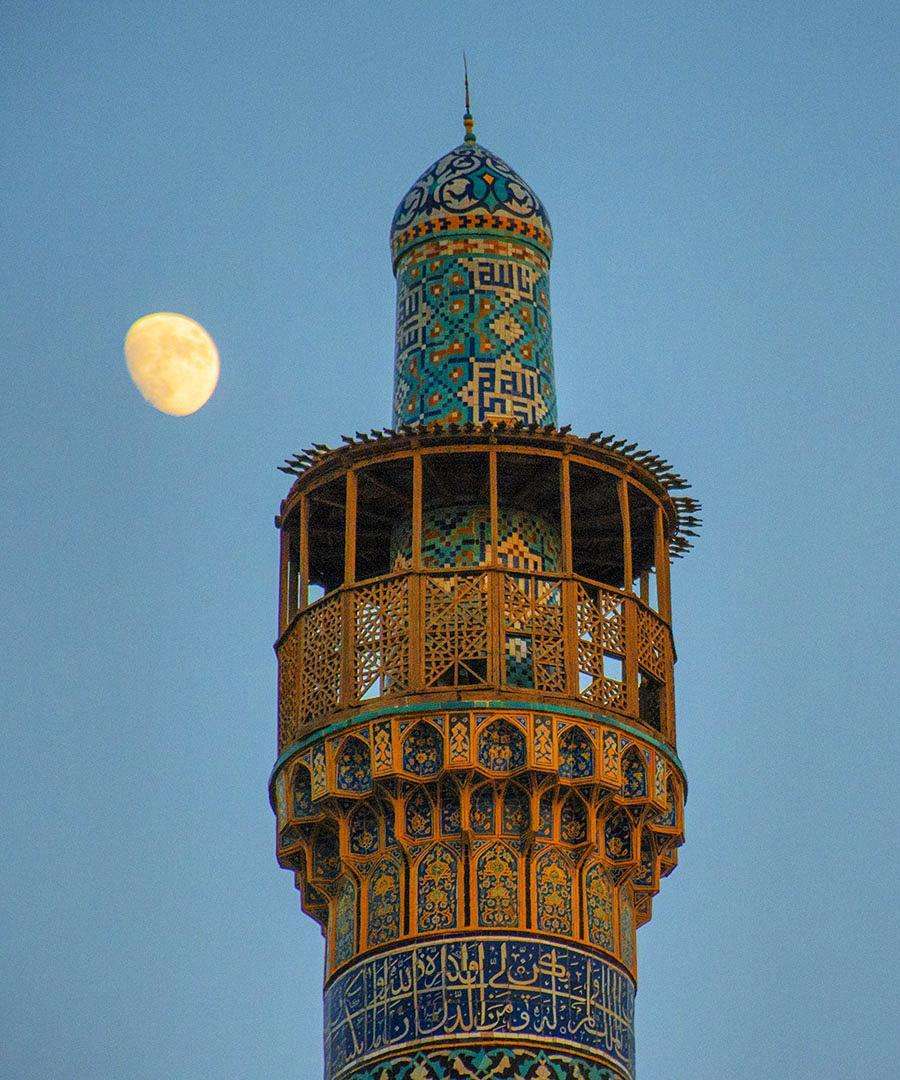 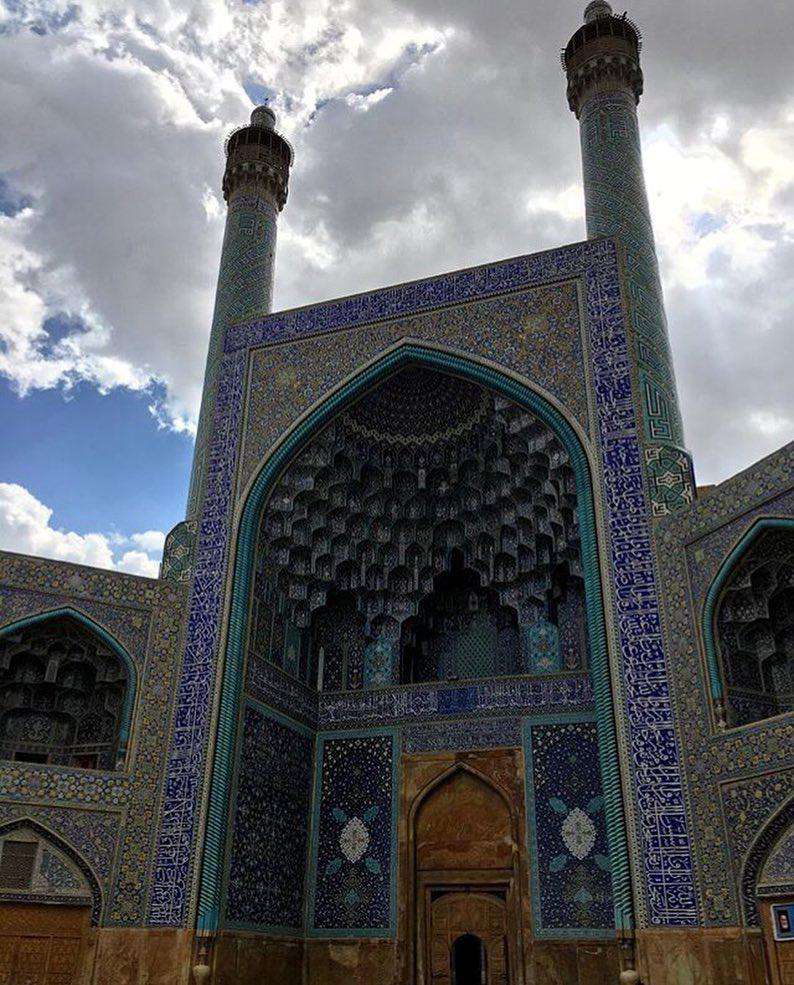 Jame Abbasi Mosque (Shah Mosque)
Given the importance of the mosque in Iranian culture, the Shah mosque/Jame Abbasi Mosque/ Imam Mosque, is a good point to start. This mosque was the first congregational mosque and the biggest mosque in Safavid era and it is the only mosque with three dome chambers in Iran. Several travelers describe the majesty of this mosque such as Pietro Della Valle, Jean Chardin, and Pascal Coste. On the portal, you will see the best tile work of the mosque. This combination of polychromic tiles, faience tiles and inscriptions reflect the prominent example of Safavid decoration. One of the inscriptions is written by Ali-Reza Abbasi, the famous calligrapher showing the completion of the mosque in 1616. Have a look at the sumptuous 42 m high minarets adorned with the delicate tiles, impressing the world with the imperial might of the Safavids. The spiral decoration of the minarets symbolizes the tree of the paradise leading the eyes to the sky. This royal mosque was built in a hurry in the order of Shah Abbas. The construction started in 1611, but it ended up not being finished until after his death.  However, the decoration was completed between 1666-1684.
You are stepping in the figurative paradise filled with blue and yellow tiles reflecting the sky. This mosque presents the grandeur and simplicity in architecture at the same time.
On the corridor, either side you take; you will feel the 45-degree change of direction oriented toward Mecca. If you take the left side, you can see the main old well, Gavchah, which was supposed to supply the water for ablution and other utilizations. To best grasp the mosque’s design, take the right and stand in the courtyard, which is surrounded by four contrasting porches, ayvans, leading to vaulted sanctuaries, and you will appreciate the building’s perfect proportion; it is the symmetry here that leaves a lasting impression. The southern portico holds two 48 m high minarets decorated with the names of Ali and Mohammad. The portico went under restoration in Qajarid era under the supervision of Andre Godard.

The dome chamber is the most remarkable part of the southern section. Its 38-meter-high dome features with acoustic quality meaning that if you make a light noise exactly under the dome, a loud echo is heard. Look at the ceiling, this magnificent untouched art is the symbol of the sky. If you look more carefully you will see that everything is inspired by the nature here; as if you are walking in the four-season garden. There are eleven niches (mihrabs), in the mosque that the most exquisite one is located here. This marble niche is ten feet height in three feet width, which is topped with a cupboard holding a Qurʾan . Located next to the niche, an exquisite marble pulpit is the gem of the dome chamber.

Have a look at two schools flanking the mosque; Naserieh school (Madrassah) is located on the south-east of the mosque. This particular theological school was dedicated to the teaching of the Islamic law showing that Isfahan in the Safavid era was the imperial capital of Twelver Shiʿism.

This particular theological school was dedicated to the teaching of the Islamic law showing that Isfahan in Safavid era was the imperial capital of Twelver Shiʿism. Soleimanieh school is located on the south west of the mosque. In Soleimanieh courtyard, on the northern wall, there is a triangle stone working as a sundial for the noon prayer which is attributed to Shaykh Baha’I, a great Safavid mathematician.

On the way out in the main courtyard, on the left there is a black sign on the wall, you can make a wish, point your finger and close your eyes and walk if your finger touches exactly that black circle your wish comes true!

During the prayer times, the mosque is not open to the visitors.